When his countless efforts to find love fail, Sam turns to an anonymous online community of the “involuntarily celibate” for help, but instead finds himself increasingly pushed towards extremism.
READ REVIEW
Next Previous 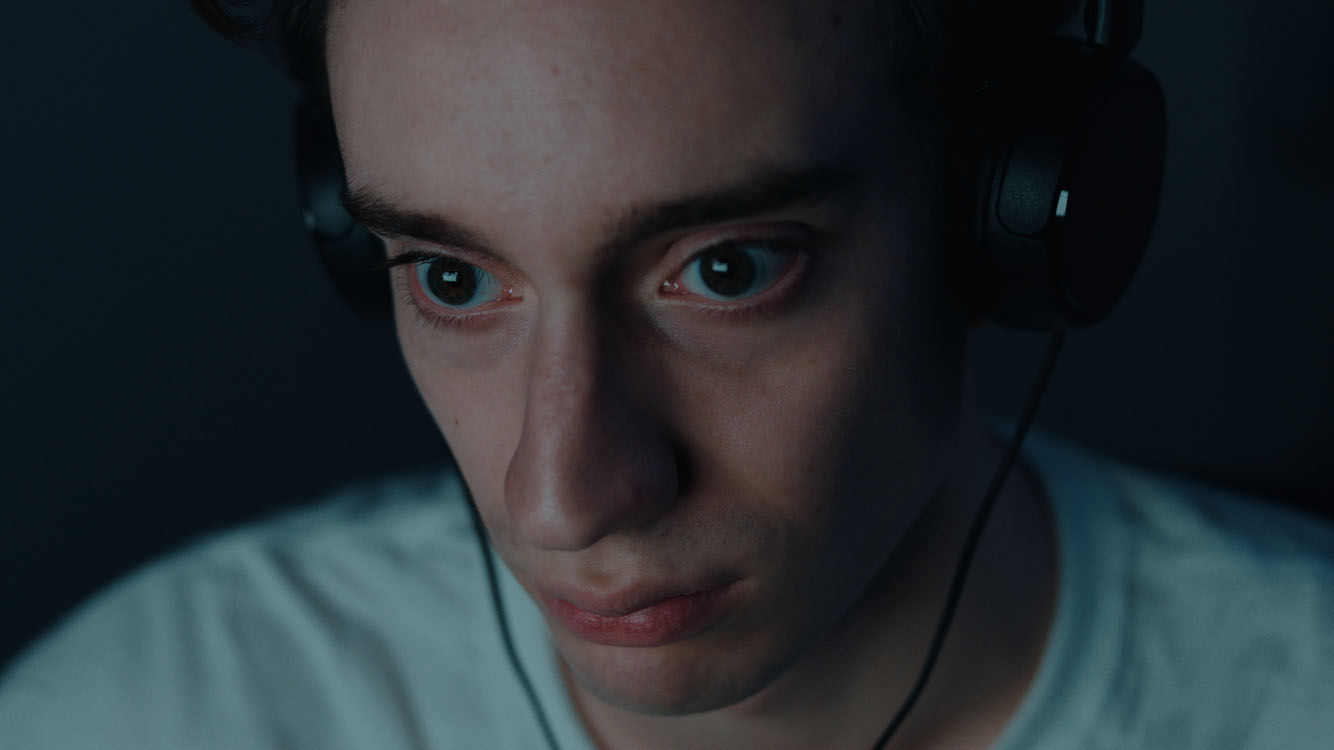 It’s horrible to feel unwanted, and with sex being more accessible than ever, it comes as no surprise that those left out of the sexual marketplace can harbour feelings of shame, anger and even hostility. Inspired by the mass shooting in California in 2014, where Elliot Rodger killed 6 and injured 14 people, Incel explores the online subculture of self-proclaimed involuntary celibates. Directed by John Merizalde (BIGNATTYDADDY), this 13min drama is a thought-provoking piece which, thanks to the clever direction and anti-cinematic approach, is as chilling and disturbing as the subject itself.

The film follows Sam, a reclusive 22 year old virgin. His countless failed efforts to get female attention are all carefully documented, like a desktop wall of shame. Growing increasingly frustrated and angry, he turns to an anonymous online forum for incels, with dangerous consequences. Incel is an uncomfortable watch. It saturates the senses in a claustrophobic vacuum of fear, which comes at a gentle but inevitable pace, like a bad illness, and the unnerving emotions it induces are likely to linger under your skin.

The incel ideology is responsible for the death of at least 16 people to date, not counting those who took their own lives. It started when Elliot Rodger commited mass murder near the University of California campus in Isla Vista, in an attempt to instigate a ‘War on Women’ for depriving him of sex. Merizalde found himself fascinated by Rodger’s trail of vlogs left online, in the lead up to the attack. “In the vlogs he comes across like a satirical movie villain reading from a script. Nobody took them seriously until it was too late. This made me think about internet culture on a broader scale” – the director explains.

If you, like me, have visited incel forums on sites like 4chan or Reddit (just fyi, it was for research purposes), you’ll be aware of how disturbing they can be. My initial curiosity and amusement quickly turned to discomfort and eventually deep disgust and, yes, even fear. The experience left a lingering bad taste in my mouth, long after I closed the window and vowed to never enter this dark world again.

Merizalde too was interested in the effects these online forums have; “subcultures have been created for pretty much anything you can think of, so it’s no surprise that self-appointed incels exist. But what did surprise me was the size of this group and the tone of their rhetoric. With a simple internet search, you could be transported to a thriving online forum where people freely debate the merits of forced monogamy, racial pseudoscience, and gendered genocide. There’s something about posting anonymously that seems to bring out the worst in mass groups of people.”

But apart from being a brilliant conversation starter, Incel showcases some clever filmmaking, which can easily be overshadowed by the controversial subject matter. In fact, the reason why the short is so effective, has little to do with the themes it explores (there are plenty of terrible shorts which deal with misogyny, mental illness and gun violence) and everything to do with the restrained directorial decisions made throughout.

It would have been so easy for Merizalde to lean heavily on the sound design, shaky steadicam, and striking grade in order to portray the disturbed mind of his protagonist. In reality he’s opted for the polar opposite and thrown the rules out the window. In Incel, the narrative unravels through long, grounded scenes, often uninterrupted by music or dialogue. We don’t even see Sam’s face until we’re 2 minutes into the film. There is also a distinct, and deliberate lack of a cinematic aesthetic here, and technically it’s a pretty basic edit. But therein lies the genius of the production. The overall effect is that Incel seems more like a fly-on-the-wall style documentary than a drama, and as a result the viewer becomes a helpless observer to something increasingly unnerving and undeniably real. And is there anything more terrifying than that?