On the night of her 18th birthday, Emily's family gathers together to reveal an important secret to her. It’s a secret that will shape the rest of her life…
READ REVIEW
Next Previous 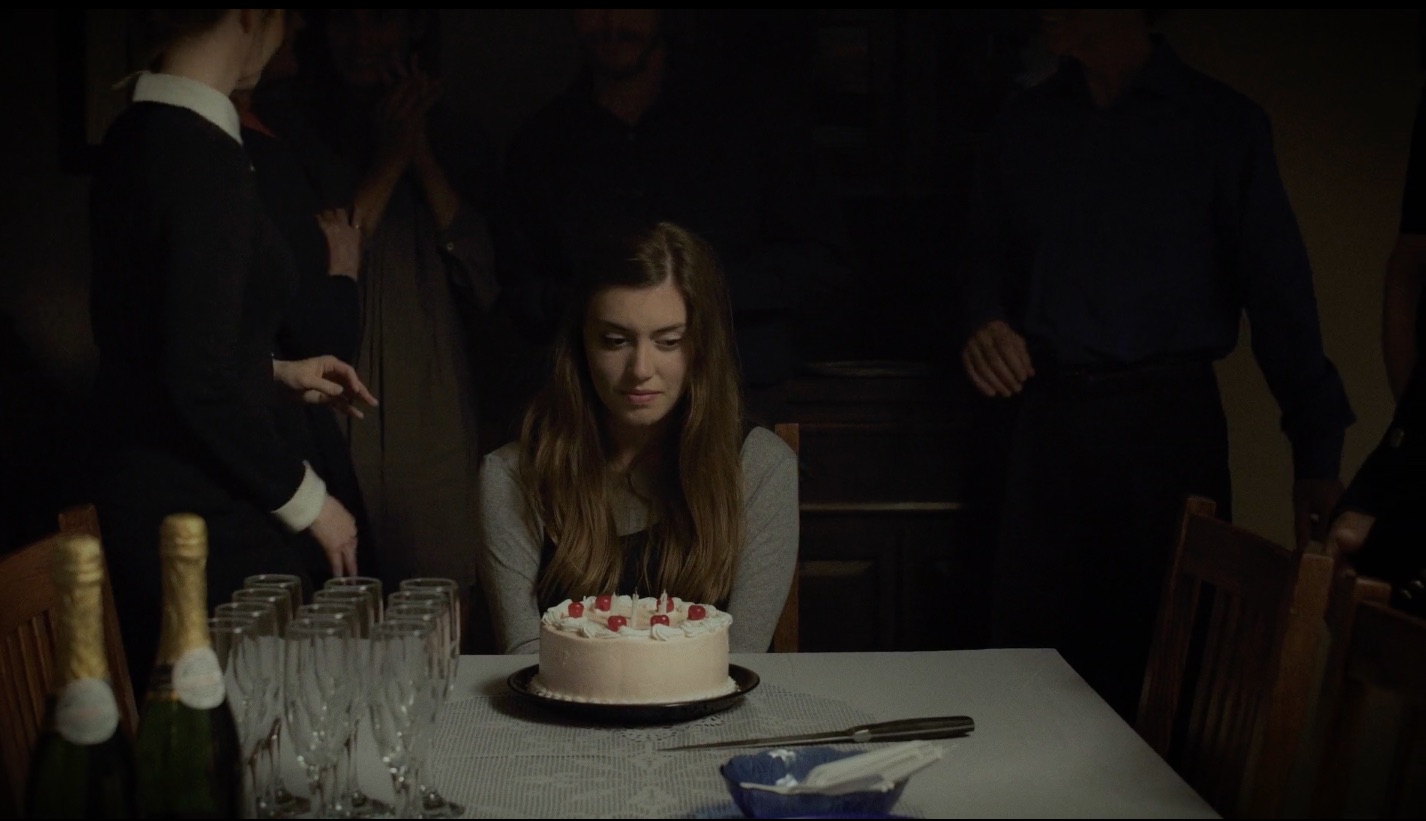 Horror about Transformation in Live-Action
Directed By Teal Greyhavens
Produced By Ink Run, Spiral Pictures
Made In USA

n the evening of Emily’s 18th birthday, her family comes together to offer their congratulations. But something is off. Emily seems intimidated by the event, with its Rosemary’s Baby-vibe. Things get even stranger when her father opens up reminisces about an old family secret — the reason why most of her family members have led a successful life. Or, as Emily’s sister points out, went insane instead. What could it be? The answer should reveal itself any minute…

When I first watched Special Day a few weeks ago, I couldn’t shake the images out of my head for days. Even now, the film still stays with me, especially its last shot. From the moment we find ourselves within the uncomfortable atmosphere amongst the party guests, to the suspenseful build-up unto the eventual super-creepy finale, Special Day draws you in until the very end and leaves you with an uneasy feeling — in a good way.

The film was shot on a shoestring budget over two nights at a single location in the San Fernando Valley, using the constraints in story and production as creative advantages. Writer Nikolai von Keller relayed the film’s inspiration to S/W via e-mail:

“Special Day” was inspired by our collective desire to explore the horror space. Both Teal and I love horror, especially concept-based horror, and we wanted to see if we could produce a horror short that revolved around an interesting premise, as well as one that had the requisite jump scare but also maintained a sense of dread and rising tension throughout. We’re both drawn to broader questions about fate and predestination, and we thought tying that to a (mostly) stationary but nightmarish figure could give audiences a really rewarding horror experience.

I personally have to confess that I’m not a horror film fan… at all. But every now and then, certain features and short films stand out and have an immense impact on me as a non horror-fan. Theatrical releases like A Quiet Place, Get Out or 10 Cloverfield Lane, as well as shorts like Rob Savage’s Dawn of the Deaf, Jacob Chase’s Larry — and, to that point, Teal Greyhavens’ Special Day.

Similar to the example of Larry, Special Day is already attracting interest from producers and studios to turn the short into a feature adaptation, after a successful festival run at genre favorites such as Fantastic Fest and the Brooklyn Horror Film Festival. It’s easy to see why: With a precise directorial eye and an intriguing concept that leaves a lot of room to further explore, director Teal Greyhavens and writer Nikolai von Keller might just become the next big thing in genre filmmaking.