A teenage boy takes playfulness a tad too far when he interrupts a man on his morning run by throwing eggs out the window.
READ REVIEW
Next Previous 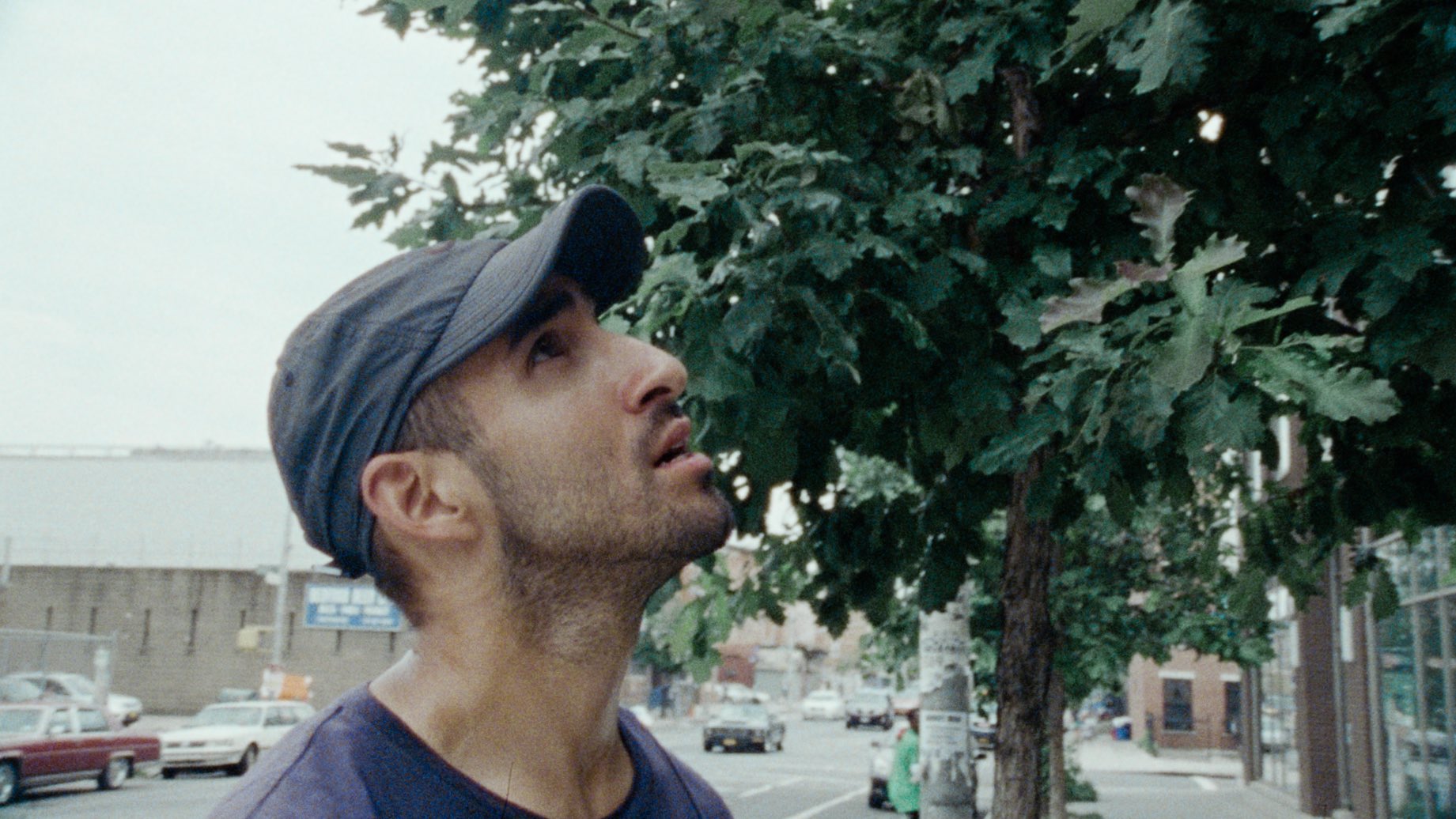 Flying Eggs was a film completely off my radar when it came through our submission process, but at the end of its 8min runtime I had become an evangelist. This NYC-set story from NYU grad Sheldon Chau has everything I like in a short—a smart, lean script with at least 2 major surprises, thoughtful and weighty ethical dilemmas, and gorgeous 16mm photography. The fact that it tackles real-life problems in an emotionally powerful, but non-manipulative way, makes it feel all the more essential.

To preserve the impact of those two surprises, it really helps to watch the film first, so though I’ll try and skirt spoilers, feel free to stop and check it out now. That said, the premise begins innocently enough—we follow a young man named Tony as he is out for a daily jog around the streets of the city. Suddenly his exercise is interrupted by a falling egg smashing down on the sidewalk in front of him.

It’s a somewhat classic city-dweller dilemma—to confront random hostility, or to go about one’s business. New Yorkers are by no means conflict-averse, but daily life amidst the crush of humanity does require a certain degree of blinkered-mentality towards the craziness of others. Tony, played by the writer of the film, Antonio Garcia Jr., portrays the evolution of escalation perfectly, from shocked bewilderment, to tough guy posturing, to raving anger, as the eggs keep dropping.

Knowing that it is probably a kid pulling a prank makes for an uncomfortably relatable experience. Who hasn’t encountered a misbehaving brat in a grocery store or while waiting in line, and felt the desire to put them in their place? Of course disciplining other people’s kids is generally frowned upon, and as Tony’s anger rises, the tension between righteous indignation and inappropriate overstepping is witnessed by a gallery of sidewalk spectators. That tension is probably meaty enough for a short film in its own right, but when Tony makes it up to the apartment, what he discovers completely upends the film.

The kid is played by Christopher M. Lopes (Orange is the New Black) and again, without spoiling too much, his is a remarkable performance, one that Chau is effusive in praising, proclaiming that Lopes “brought so much happiness to the set” and that “his diligence and dedication made the rest of us work harder”. His inclusion makes narrative sense to the old 2014 script that Garcia Jr. brought Chau, based off of news stories he had collected, but rather than ticking a box, Lopes’ mix of bravery and vulnerability is essential in elevating the drama.

This is a great showcase for all involved, and instantly puts them on radar regarding future projects. Chau’s directing credits are light, but he is a rising cinematographer, as the feature he shot The Nigerian Prince (winner of the inaugural ATT/Tribeca “Untold Stories” $1M prize) is in theaters currently, and two more features he lensed, Fish Bones, and Summer Knight are arriving soon. Even as his cinematography career heats up though, Flying Eggs is evidence that directing may end up being his true calling, and on that front he has Broken Land, an independent pilot which is on the festival scene now.