An anxiety-ridden high school girl is faced with the challenge of giving a class presentation.
READ REVIEW
Next Previous 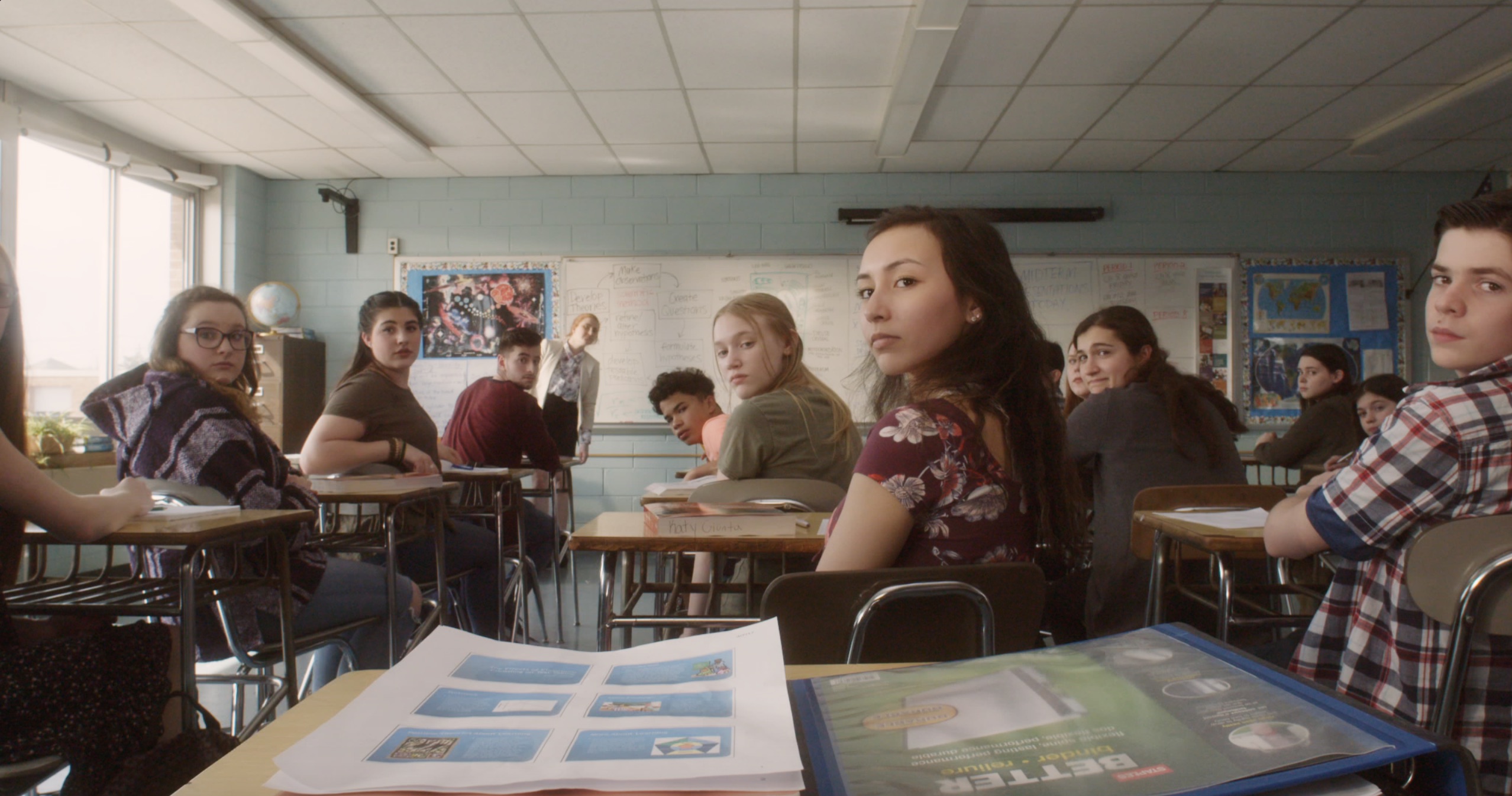 Dramedy about Identity in Live-Action
Directed By Danielle Kampf
Produced By New York University, Tisch School of the Arts
Made In USA

Danielle Kampf’s Presentation is for everyone who has ever been told, “You think too much.“ Holly, a high school girl ridden with anxiety, has to face her fears and obnoxious adults, in order to find the strength within herself. The stakes aren’t the highest per se—but as a nervous teenager, giving a presentation in front of your class can be as high stakes as it gets.

What really distinguishes Presentation from an after-school special or PSA, about how you just have to believe in yourself, are the naturalistic performances, especially from lead actress Emily Rey as Holly. Actor David Krumholtz (Numb3rs, Santa Claus) served as executive producer, as well as casting director, which might be an additional indication for how the spot-on performances came about.

Which isn’t meant to take away from Danielle Kampf’s sensitive and empathetic direction and script. In the filmmakers words, she hoped the short would “open up a more available dialogue to teenagers and children about mental health“.

Growing up I learned very little to almost nothing about mental illness in school and when I started experiencing feelings of anxiety, I was unsure of what they were and turned to Google for answers. I thought I was literally the only person my age who had these feelings and that there was something wrong with me when in reality, I’m sure many of my peers were feeling the same way. I hope that when people see this film they feel less alone and they consider discussing mental health more openly, especially with minors.

The film succeeds in inspiring this conversation, without being too on-the-nose. Instead opting for an intimate story about what it feels like to go through the doubts of coming-of-age. Made as a thesis project in the undergraduate program at NYU Tisch School of the Arts, Presentation was originally meant as a proof-of-concept for a series pilot to “showcase an idea that can be developed into something long form.“

The idea for the pilot came about through my love for the shows Freaks and Geeks and My So Called Life because of their honest portrayal of teenage life. I found that in my teen years there was a lack of this honesty in mainstream TV and I wanted to change that. It was also inspired by my own feelings of anxiety and insecurity, especially at that age. I thought those traits would make for a relatable and grounded main character.

Although Presentation might be a bit rough around the edges, I think sometimes it’s important to be a proponent of an emerging, confident voice, even if that voice is still in development. Danielle Kampf is currently working on the pilot script that inspired the short, but I have a feeling that we will be hearing from her again very soon as she continues to apply her creative sensibilities as a talent-to-watch.