Two brothers caught in a time loop must traverse a series of maze-like events in order to prevent a catastrophic fire from occurring.
READ REVIEW
Next Previous 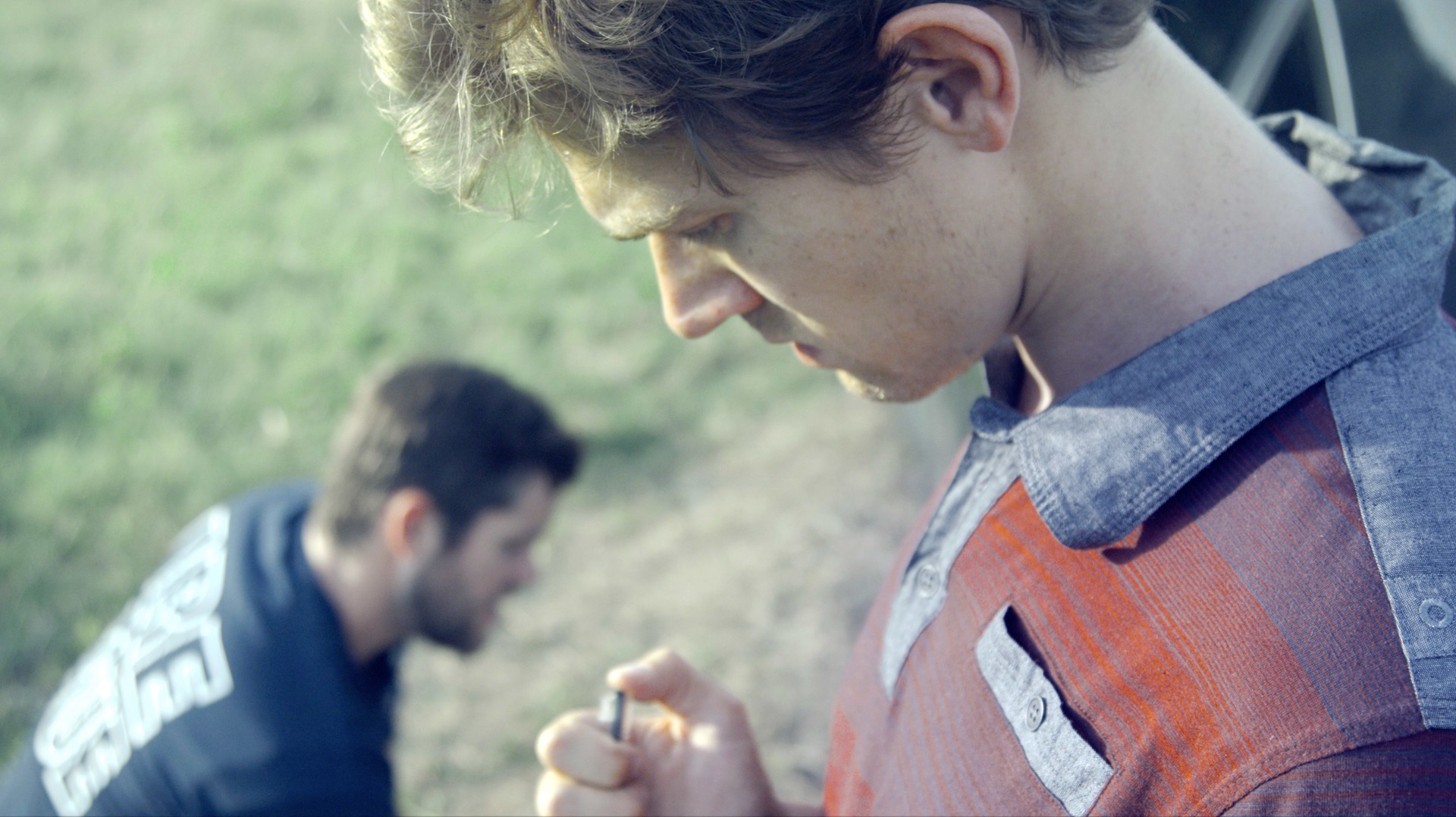 If you read my reviews carefully they are a continual education into my curatorial taste. The introductions are almost always a caveat, an example of definition by negation—I dislike this “type” of movie, BUT…this is how this film I’ve chosen to feature bucks a trend, or otherwise goes against the grain. At Short of the Week we make a big deal about innovation— the idea that, since shorts are a consequence-free sandbox, great films should tell new types of stories, or, at least, tell them from new perspectives. As you may have sussed out however, I frequently introduce films via contrast, and so this all goes to say that today’s premiere fails when it comes to originality: time loops are a well-worn sci-fi trope and Exit Strategy’s director, Travis Bible, readily cops to being influenced by a classic Star Trek: The Next Generation episode which explores this prolific sub-genre. So, knowing that Exit Strategy is a derivative work, what causes me to recommend? Well, simply, it is a lot of fun.

If you’re in the habit of thinking critically about film, fun can, amazingly, be a quality that you overlook, but I try to listen to what my attention tells me. Exit Strategy is 15min, but it sucks you in quickly, and zooms through plot at a rapid pace, not allowing your attention to flag. It was the crowdpleaser at this year’s Tribeca Film Festival where film critic Tasha Robinson of The Verge declared it her favorite short, and has been winning awards at A-list festivals since. It’s a very smart script, but not in an overly-clever way—it sort of hand-waves the logic of its premise, but that’s a positive in my mind—Bible is militant about not getting bogged down in minutiae, an attitude which mirrors the film’s impatient protagonist.

That protagonist is Shane, a math-wiz (whom is almost certainly on the autism spectrum). One morning he reunites with his estranged brother over breakfast with an unusual request—something bad is going to happen, he knows what it is, and he needs to convince his brother to help him prevent this tragedy. What follows is certainly familiar, but in its presentation it is nonetheless a peppy, clever thrill ride to that destination.

You just feel like you’re in confident hands throughout. The film is not slick in its look, but feels slick in its story and beats. Exit Strategy features that kind of Hollywood script polish that would make it feel right at home as an installment in a rebooted Twilight Zone series.  Bible serves as the editor of the film as well, and there is a propulsive quality to Exit Strategy that is engaging. He doesn’t waste time, and in shorts that is, ironically, an exceedingly rare quality. The dialogue is snappy,  and as such the film hurtles through plot and contrivances with great alacrity.

This description could lead you to think that the film is clinical, but what’s more remarkable is that Exit Strategy proves remarkably affecting. The brothers are essentially archetypes, but there is nonetheless a genuine warmth to their dynamic. Bible is able to combine narrative beats and character beats in smart ways throughout the film, and thus not sacrifice character development in adherence to pace. Despite sniffing out the twist, I surprised myself by tearing up a little at the film’s denouement.

Bible is based in L.A. where he produces and edits TV, with credits on big-name shows such as MTV’s The Challenge, and Netflix’s Last Chance U. He’s currently working on adapting Exit Strategy into a feature.