Starring Jakob von Eichel & Olivia Wilde, narcolepsy, siblings, nudity, and senility combine for the best kind of road trip. Or do they?
READ REVIEW
Next Previous 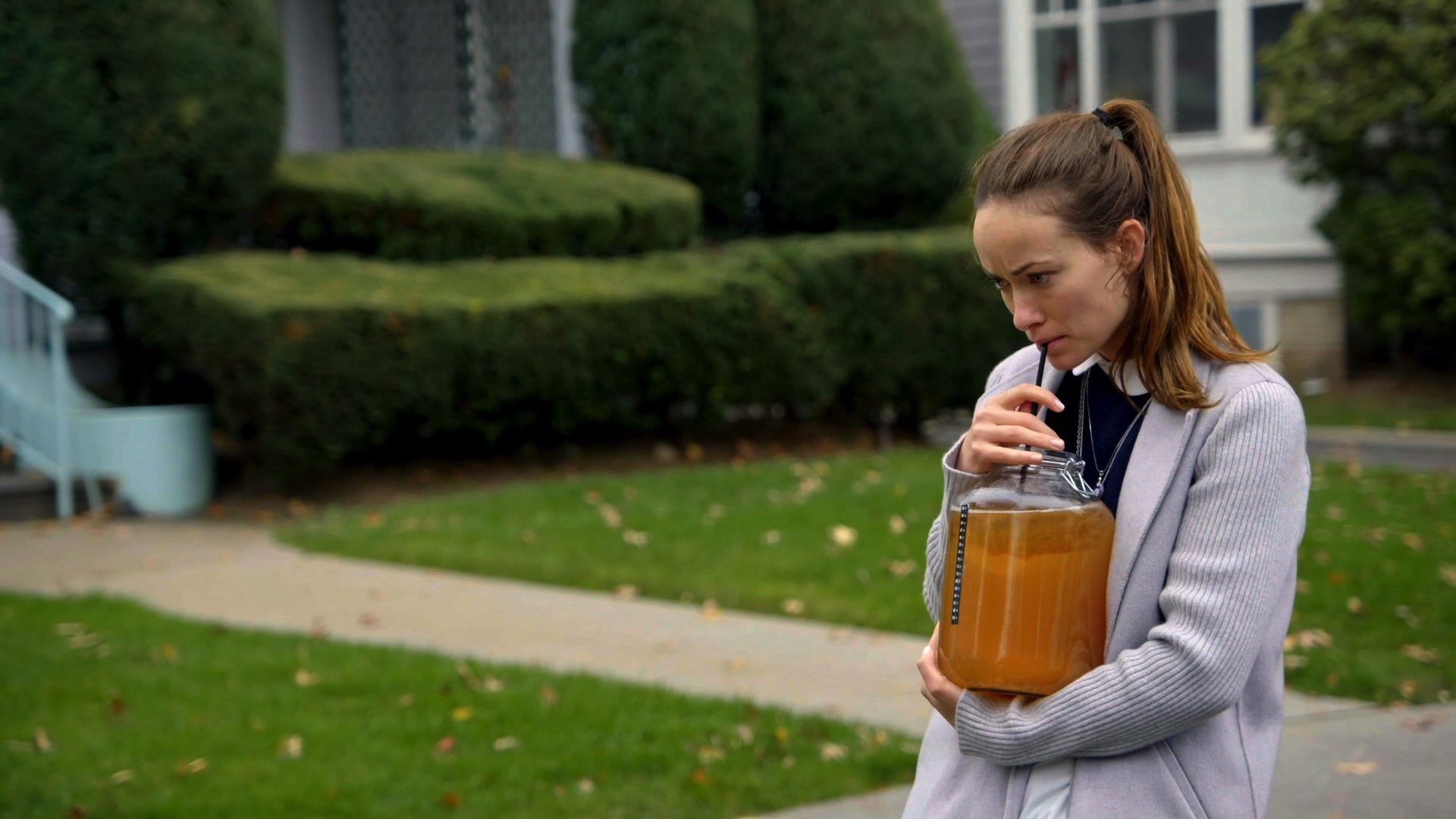 Part of the charm of short films is a sense of roughness to the execution—usually the domain of emerging creators with small, self-financed budgets, you substitute a certain degree of polish in favor of a unique vision outside the bounds of normal commercial filmmaking.  Daytime Noon is an outlier in that regard. A brother and sister road-trip comedy, the film’s neurotic yet loveable characters are not Hollywood creations, but are still well ensconced in a familiar tradition of mainstream indie archetypes. The pleasure of the piece is in the execution, and a reminder of how much joy can be derived from a familiar setup that features top-notch acting, witty writing, and a director that can put those two elements together with a sure hand.

Director Micah Perta’s film begins with its precipitating incident. In an elegant slo-mo intro we see an elderly man having quite go of it—clad in only tighty-whiteys, with a shirt for a cape, he gleefully careens around in a go-kart. Dad is having another “episode” and his two fuck-up kids must unite to go get him. But his stoner son and uptight WASP-y daughter have their own issues, and along the way they must overcome obstacles (largely of their own creation) in order to retrieve good old dad.

It’s a great, attention-grabbing start, and the film only gets better. Kat (Olivia Wilde), shows up at her brother Brad’s pad (Jakob von Eichel), and wakes him up with a call. “Are you asleep?” she indignantly asks.

This simple exchange, delivered perfectly, sets the tone for the 12 minutes to follow—a fast-paced, semi-absurd showcase of comedic acting from the accomplished performers, fueled by a genuinely funny script from screenwriters Traci Terrill and Lauren S. Kilgore. You’ll understand very early on if the film is to your tastes, and if so, you’ll be swept away by it’s shaggy plot. Largely driven by the frisson of the the sibling’s mis-matched personalities, at first it seems Wilde is simply a foil for von Eichel’s broader comedic buffoon, but as Kat is revealed to be more damaged and complicated then at first impression the film’s emotional dimension comes to the fore. By the end Daytime Noon achieves a degree of genuine heart, as we begin to grasp the formative upbringing that could produce such different people, as well as appreciate the underlying bond of connection that family provides. Don’t worry, we also get a narcoleptic incident, dangerous pot-smoking in a car, and the tragic demise of a giant jar of home-made kombucha—the film is quite good at threading the needle when it comes pairing heart with comedic hi-jinks!

Perta conceived the story alongside Terrill while looking to craft a project for Wilde and von Eichel, whom he had grown up with in Washington D.C. He latched upon the brother/sister dynamic early on, thinking it more interesting than a traditional romantic-pairing, and from there imbued the story with auto-biographical elements, drawing upon the experience he had with his sister and stepfather during a challenging time for his family. The director of a pair of short-documentaries that had played SXSW and Edinburgh, Perta’s real preparation for Daytime Noon however came from working in the “infamous” MTV promo department for many years. A flourishing commercial directing career followed, as he is repped with NYC’s Greenpoint Pictures and has several notable spots on his reel for clients such as Heinz, Pepsi, and Toyota. Like so many commercial directors however, he felt that itch to tell an engaging story in longer than 30 seconds, and Daytime Noon is the result. With the satisfaction of accomplishing such an enjoyable piece, Perta is now in the process of scripting a feature film that adapts the characters of Daytime Noon, and delves even deeper into the personal experience of his family.