A naive but internet savvy 22 year old navigates the reality of her boring, small town Canadian life juxtaposed with the fantasy of her provocative and powerful Instagram celebrity.
READ REVIEW
Next Previous 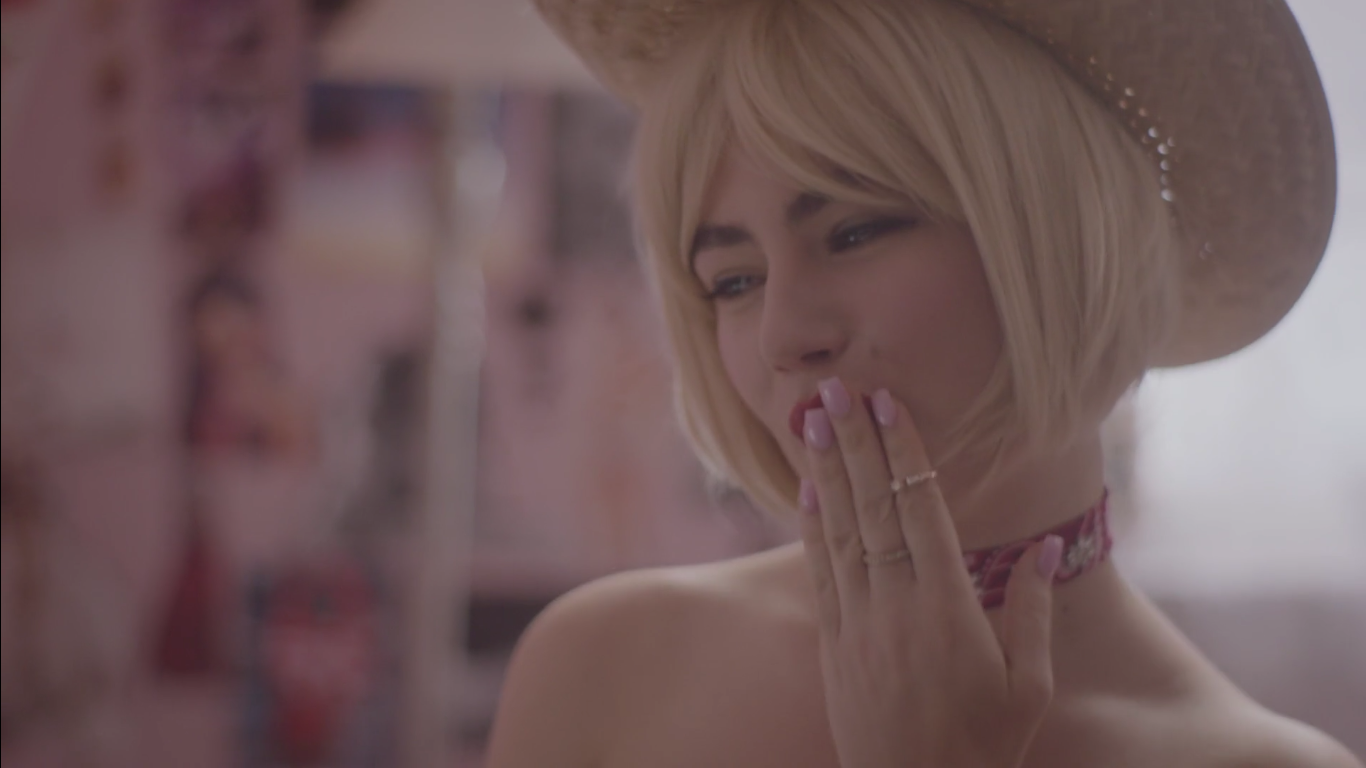 Angelina is a 22 year old community college student, yearning to get out of her small town—a pretty unremarkable character right? However, her online persona, Lolz-ita, is anything but average. With a huge Instagram following, she gets thousands of likes on her feminist, sex-positive, daily posts, while moonlighting as a sugar-baby at night, or before going to school. The contrast between mundanity and celebrity, of being a sexual goddess online, and a vulnerable young woman in the “real” world is at the core of writer/director Katie Boland’s complicated character profile, which celebrates the community of young women whom creatively brand themselves on social media, but explores the paradoxes that navigating such a life ignites.

Lolz-ita illustrates the modern schism that is our reality. Sometimes the internet feels like a safer place to express yourself—to explore and express a more genuine you, and the virtual takes primacy over a real life that feels hollow and false. Angelina/Lolz-ita is forced to confront where the two aspects of her identity bleed together and where they don’t. The bedroom, where Lolz-Ita exists, with its gorgeous lighting and pink mood, creates a safe atmosphere—cozy, fluffy and candy-colored, while the outside world Angelina lives in is depicted as grim and harsh like the Canadian winter. Lolz-Ita’s posts are very popular online, her fans shower her with attention and sugar-daddies send her a lot of presents, whereas as soon as Angelina steps into school, she deals with bullying.

Boland recognizes keenly that women are at the same time empowered by, and victims of, their own sexuality. Angelina is a strong, confident, young woman who does not regret her choices and is proud of them. Being Lolz-ita paid for her father’s house repairs. But her split-identity as Lolz-Ita is not something she can hide. Everyone at school is aware of her extra-curricular activities. Worse, even as she is being judged for being Lolz-Ita, Angelina has difficulty reconciling her two personalities herself. In an intimate setting, when things get real and she needs to connect with her emotions authentically, Angelina finds that she can’t hide behind Lolz-ita, and doesn’t know how to handle herself and her feelings.

Boland portrays the title character with commendable subtlety, fleshing out the confusion of the young woman compellingly. It’s a complicated duality to inhabit, exposing the character’s  vulnerable side without taking away her confidence, to project the dissonance of her warring personas and the negative effects of the Lolz-Ita on Angelina, but without demonizing the choice. Mirroring the split personas of her title character Boland directs but also is the star of the film, and thus had to place immense trust in her DP and producers—but, as she told us, she needed to trust herself as well. Her performance has the power to make or break the film, and Boland wows alongside her two key scene partners, Sarah Gadon whom she fights, and Don McKellar during a date.

With two films currently in theatres in Cardinals and Never Saw It Coming, Boland’s career in front of the camera has skyrocketed in the past few years. Still, she makes time for her behind-the-camera aspirations with multiple projects currently in development, and a feature film that she wrote, and will star in and direct in the financing stage.