A quiet look at the lives on the line. First-hand stories from Central American migrants and asylum seekers searching for a better life in the north.
READ REVIEW
Next Previous 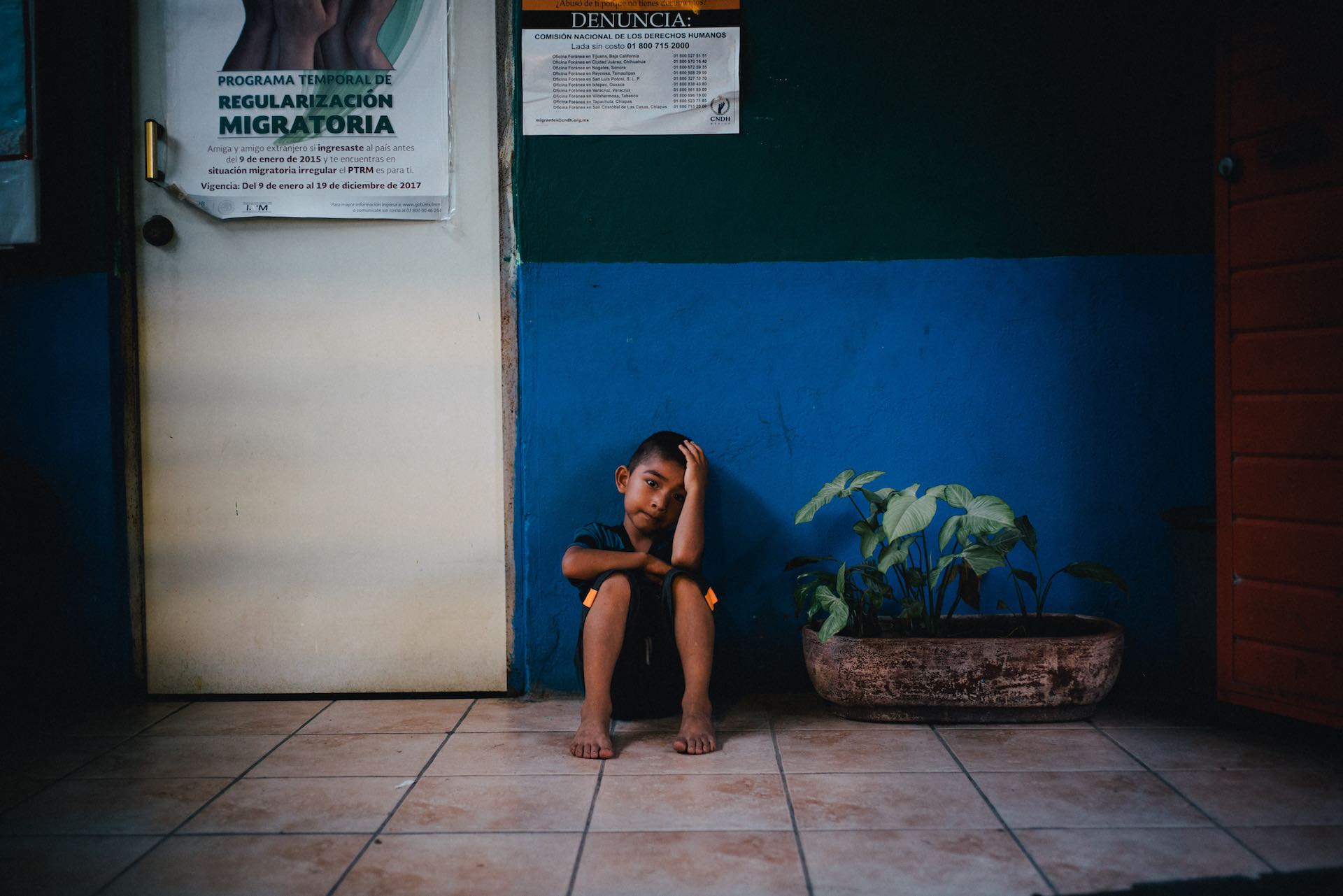 Documentary about Humanity in Live-Action
Directed By Matthew K. Firpo
Produced By Firpo Industries
Made In Mexico

Gentle and dreamlike, yet present and unflinching, Matthew K. Firpo’s newest short documentary is a sensitive portrait of Central American immigrants at the southern border of Mexico. While conventional in format, the film is nonetheless disarmingly transgressive through the simple act of allowing marginalized individuals to speak for themselves. Consistently referred to in homogenizing and dehumanizing ways by powerful interests, the film seeks to restore the specificity and humanity of its subjects via personal testimony. Wrenching stories spill out, and are showcased in Shelter through beautiful photography and gentle interviewing, revealing a common humanity between viewer and subject, and attesting to a universal desire for simple things—family, safety, opportunity.

Made with a small crew of 5 filmmakers, the project had no budget, and relied heavily on local involvement of artists and donated gear, organized with the assistance of UNICEF’s Next Gen program. A spiritual companion to Firpo’s previous film Refuge, which highlighted individuals caught up in Europe’s migrant crisis, and which we featured in our Syrian playlist, Shelter is stylistically a bit different—where Refuge utilized a a minimalist photo-set that austerely gave space for individual stories, Shelter is directed in a dreamier, floating perspective that is more en vogue in contemporary internet docs. Direct interviews in naturalistic settings are intercut with voice-over of subjects interacting with the world, and b-roll that better depicts lives lived in limbo. Some of this is calculated, some of it born of necessity, as several subjects are shown from behind or have identifying elements obscured for their protection.

While the film is lovely to look at, this decision does have its downsides—Firpo doesn’t bring much formal innovation to the format, and as a patchwork of perspectives, it’s easy to feel adrift during the 13min runtime as the individual testimonies don’t click into a larger structure. Denying the power of the human face is a barrier to empathy, as is this lack of thematic unity. As is often the case though, the films weaknesses are tied to its strengths—a cynic can feel disappointment in the lack of complex characterization, yet there is immense power in the procession of harrowing stories, and the emotion they evince overwhelms such complaints.

Firpo is an interesting filmmaker. I first discovered him when I Staff-Picked a lo-fi music video of his that innovatively incorporated project-mapping. That project showcased the filmmaker’s polymath nature. Custodian of a truly excellent Instagram account, it’s not a stretch to say that he could be a successful travel photographer, and with Refuge and Shelter he has already proven his documentary chops. Yet his biggest career breakthrough came in 2017 when his narrative feature script Ruin, written with his cousin, Ryan Firpo, shot to the top of The Blacklist. Already in development, the project has reportedly attached Gal Gadot to star and Justin Kurzel to direct. Suddenly a hot property, Firpo landed at Marvel, and is working at scripting a new franchise for them, The Eternals.

If there is a throughline to these diverse pursuits it’s Firpo’s fundamentally compassionate outlook towards people. Shelter is an admirably humanist project that Firpo says represents his artistic inspiration. “I’m Interested in understanding the things that make us all different, and more often, the things that make us all the same. We all want to be safe, to watch our children grow in peace, to live with dignity – and this film, I hope, is a simple reminder to audiences that compassion is a choice. One you need to make every day. It’s not complicated, it’s just difficult. I hope that this film can help humanize the families being separated that we read so much about, and begin to heal the divides on both sides of the border.”

Well said, and via Shelter | Human Stories from Central America, better shown. Congrats to Firpo and his team! The film debuted directly to the internet this week, but the team is hoping to take it to festivals in the up-coming months.