Being a bald man sucks. Knowing you'll become one is worse.
READ REVIEW
Next Previous 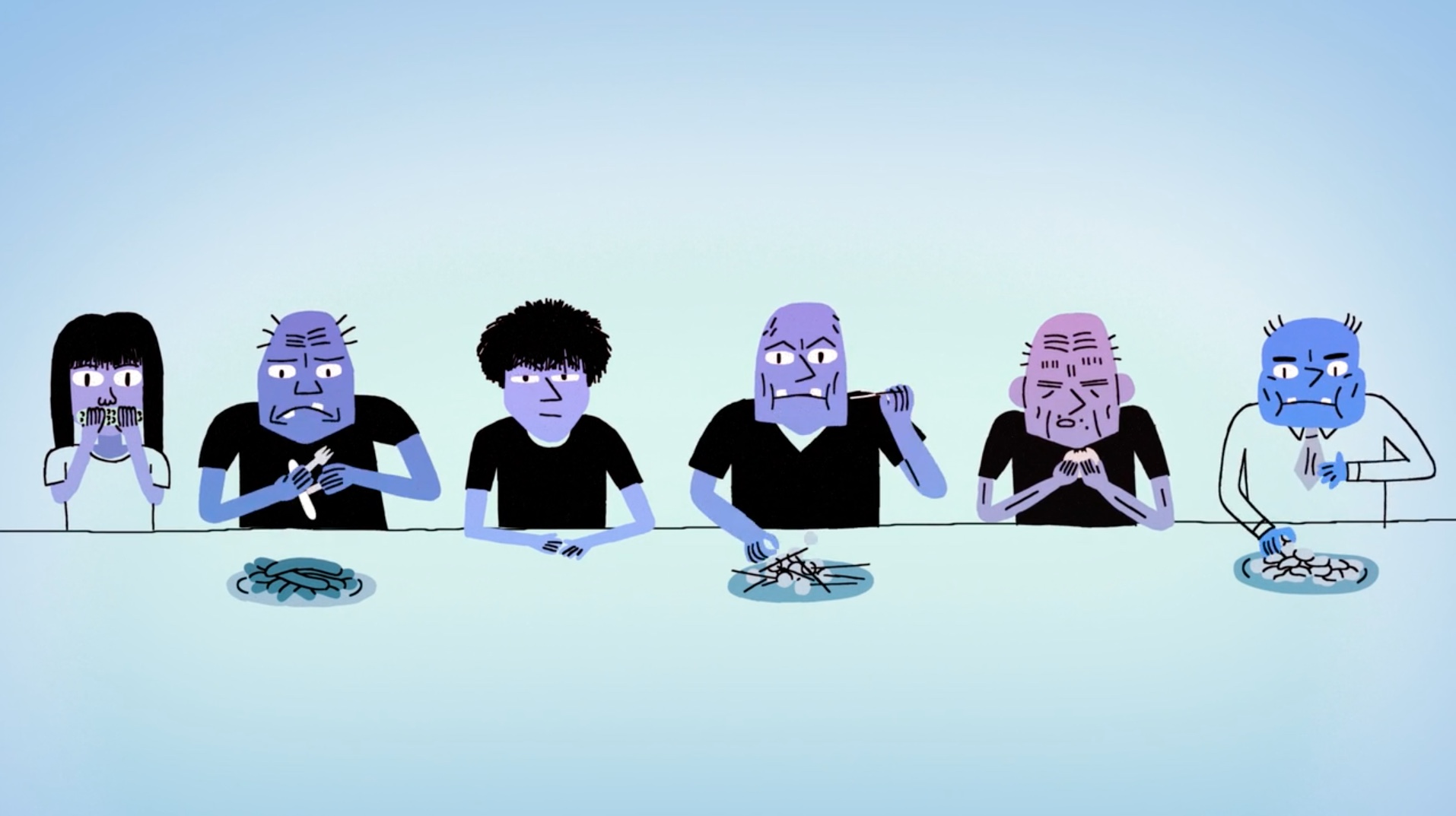 Getting older has its advantages (experience, wisdom, confidence) and its disadvantages (forgetfulness, weight-gain, forgetfulness), some you never expect to happen to you, others you can see coming from miles away. In Paul Cabon’s delightfully playful six-minute animation Le Futur Sera Chauve (The Bald Future), the French animator takes a reflective look as his own predicted future, after a dinner with his Father and Uncles convinces him his thick locks won’t be sticking around for much longer.

Usually, when we think of short films about predicted futures, we’ll picture FX-heavy dystopian visions where robots have taken over our world or mankind has been wiped out by a global virus, Cabon’s film is a totally different beast. A colourful, vibrant and fun-loving short, though the animator’s vision of things-to-come certainly isn’t a happy one for him, he approaches it with his tongue firmly planted in his cheek and creates a completely relatable and appealing film.

After initially introducing us to the idea of his inevitable evolution, Cabon’s film twists and turns in some truly fantastical directions. From living in the jungle with a family of tigers to experiencing a mystical awakening, there’s really no way of predicting where The Bald Future will go next.

Talking to It’s Nice That, Cabon expalins his main aim with The Bald Future was to improvise as much as possible and maintain the messy vibe he favours in his animation. “I would listen to the part I was doing at any given time and try to find images that had a witty dialogue with it”, he says. “It’s kind of how a newspaper cartoonist would work, i imagine. It ended up making me jump from a one really different idea to another and stretch my mind to create fitting transitions”.