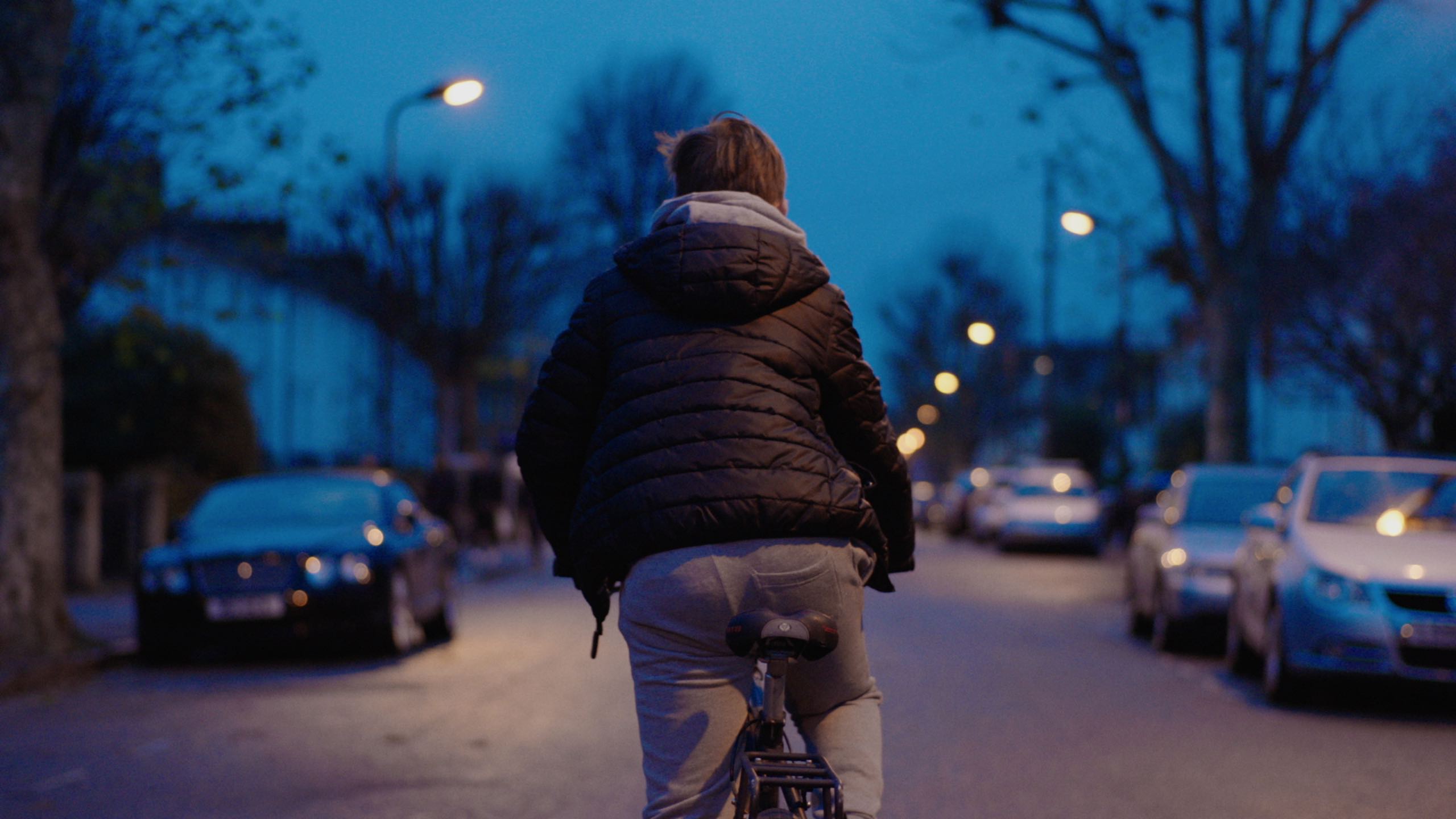 We all did some stupid sh*t when we were fifteen. For me, it was petty stuff like drinking, smoking and riding motorbikes across fields, but for others (and people I knew), it was around this age the real trouble started. Charlotte Regan’s docufiction short Drug Runner follows a young boy whose life is quickly spiralling out of control – already dealing drugs and getting arrested, this is a real-life tale highlighting how easily a few bad turns in your childhood could lead to a “life of crime”.

Inspired by real interviews the director did with a friend (who the film is based upon), Regan admits she wasn’t interested in definitively changing opinions with Drug Runner, but instead she wanted to open her audiences eyes to a new perspective on a topic they may have already felt was black and white.

Eager to tell this story in an approach that was new and original, whilst also keeping her audience captivated, Regan was keen to avoid the usual stereotypes associated with this kind of storyline.

“I never went into the making of this with the goal of portraying him as good or bad”, Regan reveals when discussing the aims of her film. “There was hours of interviews that I had to cut down to fit within this 7 minute duration, so no doubt some people might see it as swayed to a particular view.”

“I always tried to stay as subjective as I could and give people a more day-to-day look at what his life was like at such a young age. I could have easily taken the end line out about him not regretting what he’s done and it would have been a different ending all together, but I wanted to stay true to him and his opinion on it all.”

Shot over two days in a UK housing estate with a crew of around 10, Regan and DP Arran Green filmed mainly on an Alexa Mini, with a Blackmagic Pocket Camera for some B Cam stuff. Aiming to present a new perspective on an area often portrayed in cinema as gloomy and run-down, Regan and Green wanted to capture the estate just as their protagonist viewed it – “vibrant and full of life”.

Building relationships with directors like Charlotte is one of the main reasons I continue to work as Head of Programming at Short of the Week. She’s a filmmaker I’m always happy to champion and a filmmaker I completely trust will continue to make work I’m eager and excited to see. For me, S/W isn’t just about looking at what is great right now, but keeping an eye to the horizon and thinking about what’s still to come.

With two new shorts, Dodgy Dave and After, currently out being submitted to festivals and a feature film in the writing process, the horizon looks bright for Charlotte and we’re genuinely excited to see what she does next.