When a prank goes wrong on a London estate - Sarah-Lee learns that it's not all fun and games when it comes to growing up.
READ REVIEW
Next Previous 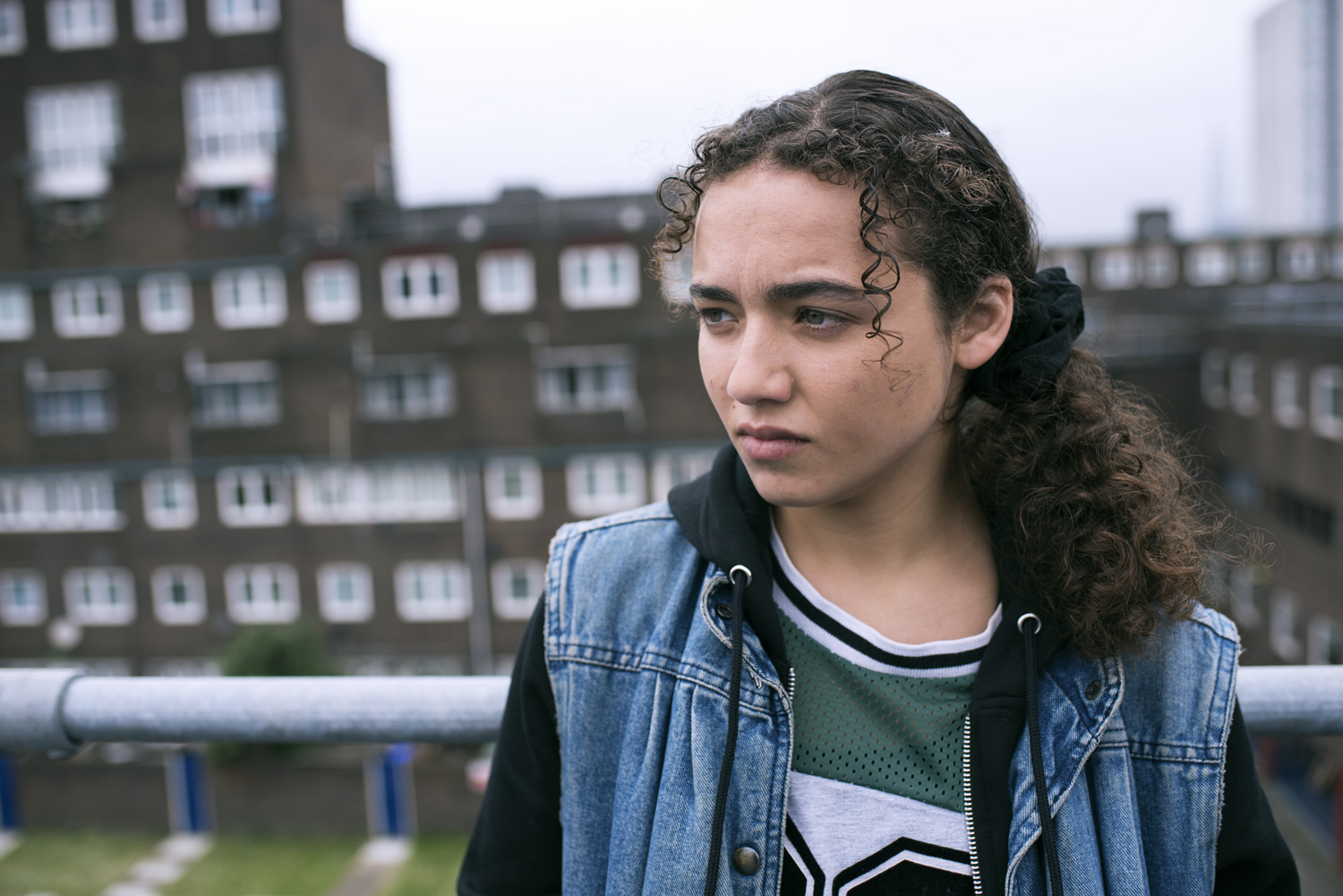 A coming-of-age tale set in the unmistakable expanse of a London estate, Cleo Samoles-Little’s Knock Down Ginger follows a group of young girls as they try to relieve their boredom by smoking, drinking and throwing eggs off the top of a tower block. Originally beginning as a single scene the director couldn’t get out of her head (a group of girls running like crazy down the stairs of a tower block), the director developed that singular thought into this tense and entertaining 10-minute short.

Looking to create a film that her mates would want to go and see, Samoles-Little drew on her own childhood to form the narrative for Knock Down Ginger. “I wanted to challenge myself with the story”, the writer/director reveals, “I really love writing stories with strong female roles, which is something i’ve learnt along the way and would like to focus on in the future”.

Created for Film London short film scheme London Calling in 2016, Knock Down Ginger was shot over four days, in the Ethelred Estate in Central London. With a crew of around 20, Samoles-Little also hired a group of runners from a local charity called Creative Sparkworks. “They were an absolute godsend as they gave us full reign on the estate and found us great locations as well as helping out on the shoot”, the director admits. “I’d say finding locations that were within our budget was the biggest challenge”.

Narratively, Knock Down Ginger feels somewhat of a familiar tale, but what it lacks in originality it more than makes up for in energy, entertainment and performance. Since completing her short, Cleo has been working on a number of music videos and hopes to write some new stories featuring “strong, bad ass female leads” soon.