All his life, Justin managed to escape his own story. But his past catches up with him when he finds a box full of old family VHS tapes. A film that begins as an homage to his deceased father develops into an attempt to no longer be a stranger to his own mother.
READ REVIEW
Next Previous 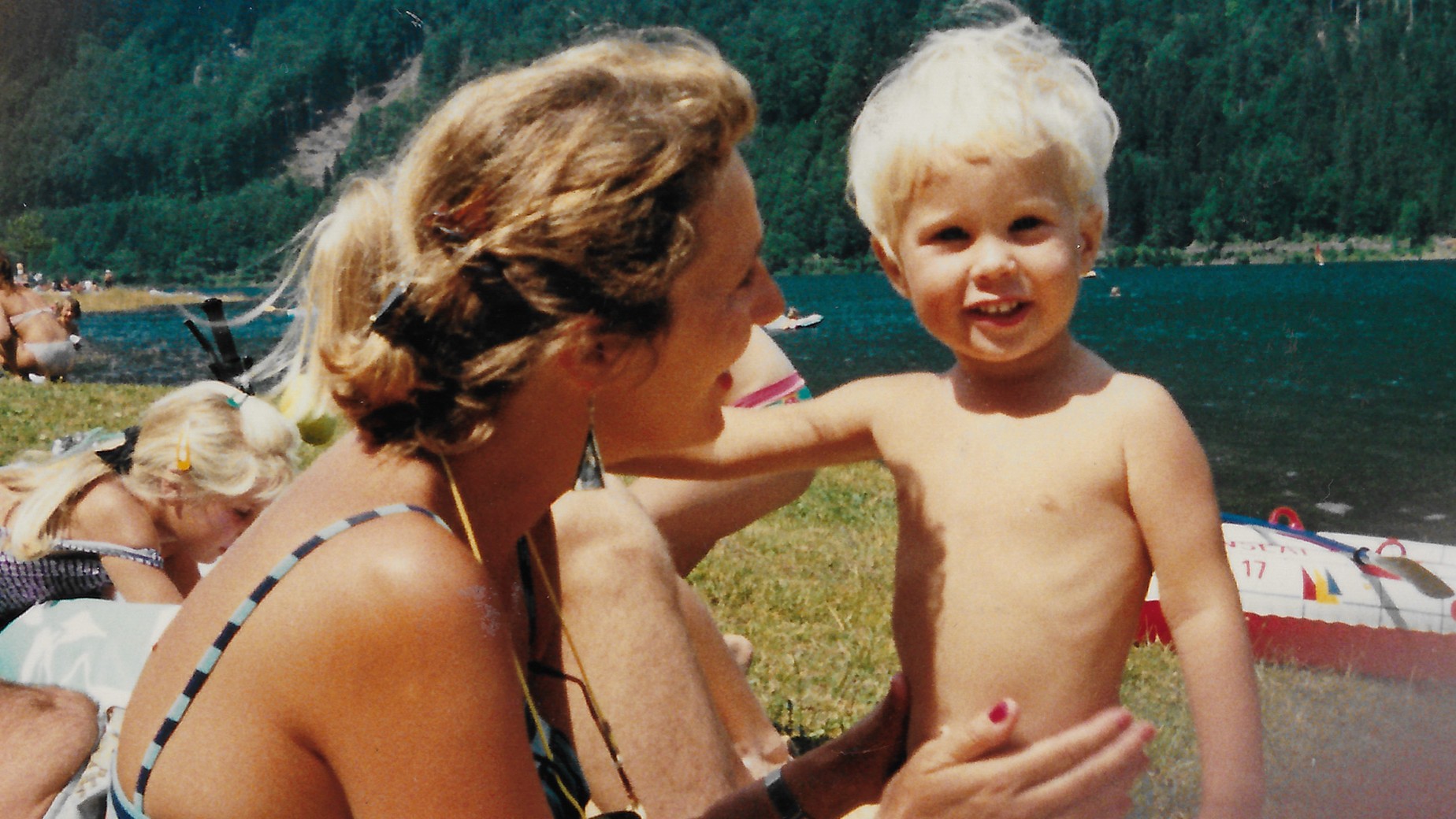 The past inevitably catches up with director Justin Stoneham when he moves back to his hometown of Lucerne, Switzerland. Finding his father’s family VHS recordings allows the director to rediscover his mother, and in the process see a side of her that he does not even remember. Through this resolutely personal film, Stoneham reconciles the past with the present, making Rewind Forward an incredibly powerful and intimate documentary that will for sure give you the feels.

Via the old recordings, and naked self-examination, Stoneham brings to the screen genuine access to extremely compelling subjects, himself included. The context for these characters is tragedy—when Stoneham was four years old, his mother Karim had a brain stroke that left her unable to speak and partially paralyzed. This is the only side of her he can remember, and in order to cope with the tragedy he distanced himself from her. His father Howard passed away while Stoneham was young, yet he is also an omni-present figure in the film, as he lovingly records his family and unknowingly memorializes the vibrant woman his wife was before her stroke. All three figures prove to be deeply moving and inspiring individuals whose bravery and loyalty in difficult times can’t fail to leave tears in your eyes.

The key to documentary as memoir is unflinching honesty, and the possesses that trait in spades. Stoneham’s approach to sharing these intimates moments of his family triggers empathy from the audience in a genuine way without using cheesy gimmicks. In his own footage shot as he is rediscovering his mother, he makes sure to show her real personality, how funny and witty she truly is. The film has a mirror effect and feels like a cathartic full circle, offering closure. Karin disappeared in front of Howard’s camera, with footage from before the accident to the recovery that is not as successful as expected. It’s in front of Stoneham’s camera that she reappears answering his questions in amusing ways.

Once more, this film proves how paramount the editing process is in documentary. The film is perfectly paced and feels much shorter than it is. The audience gets time to process the depth of the emotions at the right time and the editing of all the different footage sources magnifies the impact of the narrative. Editor Corina Schwingruber Ilic did not go down a chronological road when piecing the film together, her more emotional choices allow a build-up that ties the audience to the film and Stoneham’s story. I’m usually not a fan of voice-over narration, in this case it works perfectly however, there would have been no other way for Stoneham to give us his full introspective perspective and let us witness his healing journey in an authentic way otherwise.

Rewind Forward had a very successful festival run picking up awards in Locarno and Regard  ahead of its online release as a Vimeo Staff Pick Award at the Palm Springs ShortFest—the first documentary to win this nascent award. Stoneham’s distinct voice, and brave tackling of his own despairing history signal a sensitive artist to watch, and makes us await his next project with anticipation.