A visceral journey about coping with post-traumatic stress disorder.
READ REVIEW
Next Previous 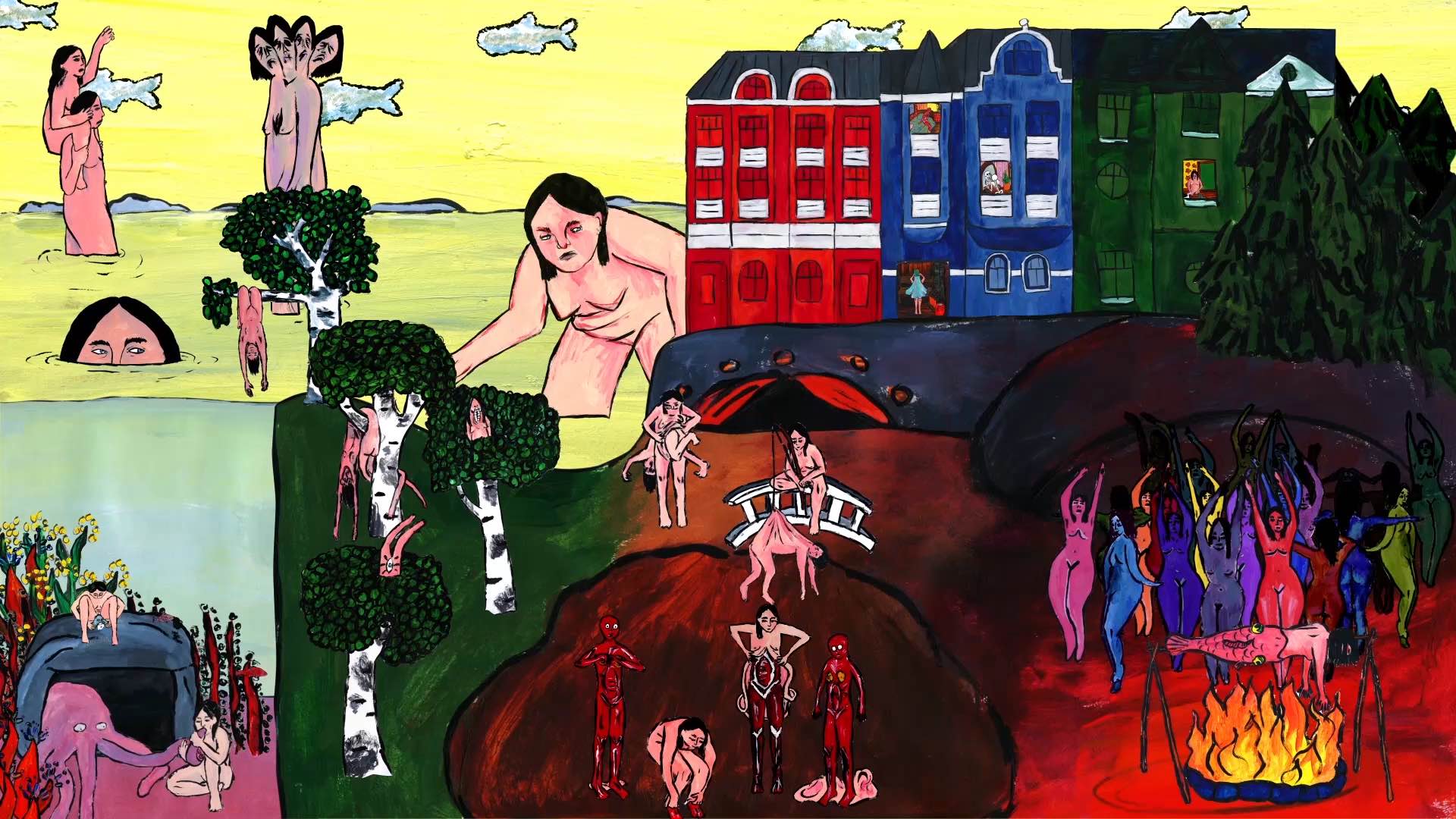 First broadcast in the UK on Random Acts, Channel 4’s experimental short film programme, Jenny Jokela’s Barbeque is a strange but captivating tale exploring the coping process. Created as her graduation film from the Royal College of Art’s MA Animation course, this hand-painted short seeks to visualise feelings of shame and disembodiment with its unsettling storyline.

Described by Jokela as “more of a visceral journey than a narrative story”, the plot of Barbeque is one hard to summarise. Set in a nightmarish world, where woman peel their skin off, we take what feels like a circular path through this ever-changing land, witnessing disfigurement and mutilation as we travel through it.

Talking to Short of the Week about how the premise for her film first originated, the director revealed – “The starting point for me was reading up on methods in which woman artists have expressed themselves in self-portraiture, and an interest in visually expressing emotions that are hard to describe with words. I’m a big fan of Suzan Pitt, Nathalie Djurberg and Georges Schwizgebel and their animations inspired me a lot.”

Barbeque’s disquieting premise is boldly contrasted with a beautiful, almost hypnotic aesthetic where hand-painted images (acrylic paint on paper) seamlessly flow together in rhythmic fashion. It makes for an unusual viewing experience. On the one hand, Jokela’s film is an unnerving, anxiety-inducing watch, yet its rich visual approach means it’s a short you can’t help but admire on a technical level.

I can’t claim that Barbeque’s narrative is one that will live long in my memory, but the feeling I experienced whilst watching it certainly will. It’s a film that contains the tone and tension of a Horror, but the form and approach of an experimental animation. That might be something that won’t work for many, but for me it made for a distinctly original short. One I felt just had to be championed by Short of the Week, even if it doesn’t fit comfortably within our usual curation.

“I started making my film a year before the ‘Me Too’ movement, because I felt that many of my friends and myself struggled to express or talk about the emotional impact on every day life and mental health that sexual harassment and assault has”, Jokela reveals when discussing the aims of her film. “For me the film was a way to express feelings I struggled to put in to words. When the ‘Me Too’ movement then happened and people suddenly began talking about these things it felt like the circle had closed which was great”.

The director/animator is now working on putting the finishing touches on new short film Live a Little, which she hopes release later this year. If you want to check out more Random Acts films, you can find them on YouTube or Vimeo.