All Michaela wants is to give her Dad a decent send off. She won’t let her brother Mickey, or the circumstances of their late father’s death, get in the way
READ REVIEW
Next Previous 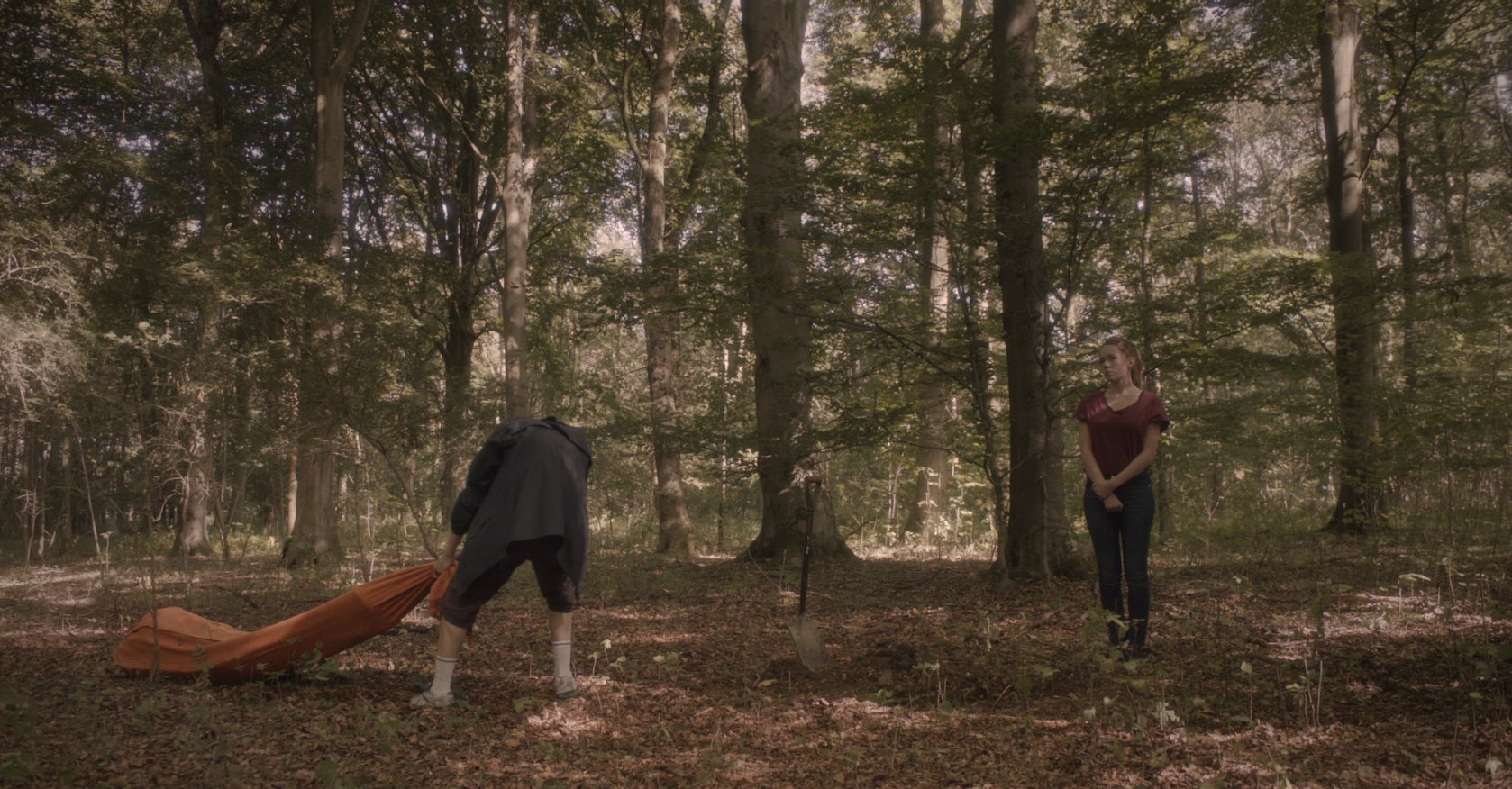 Losing a love one can be a testing time, but for the titular Brother and Sister duo in Tom George’s 2013 short, it brings a whole different set of challenges. A dark eight-minute comedy featuring some impressive performances from its young cast, Mickey & Michaela Bury Their Dad looks to put a little of the fun back in funeral.

Driven by two assured performances from lead actors Alex Arnold (Save Me) and Charlotte Spencer (Diagnosis), Mickey & Michaela Bury Their Dad follows the young siblings into the woods as they look to give their father an unorthodox burial. As the pair discuss what losing their dad means to them, their conversation reveals some stark truths about family life and how they came to find themselves in the woods, with a dead body, a stack of marmite sandwiches and a couple of Mini Milks.

For a short with such a dark premise, George does a great job of finding a tone which means his film actually comes across as breezy and accessible. His film is by no means perfect (it lacks a little punch at times) but as a showcase for him as a director and his cast as performers, it does an impressive job.

His actors have gone on to star in a succession of British TV programmes, whilst George himself has found success as the director of breakout comedy This Country. Two series in the show has gone down a storm in the UK, picking up both BAFTA and Royal Television Society awards in 2018 and is now available in the US on Hulu.