Two strangers trying to avoid the crowd at a wedding reception, end up making an unexpected connection.
READ REVIEW
Next Previous 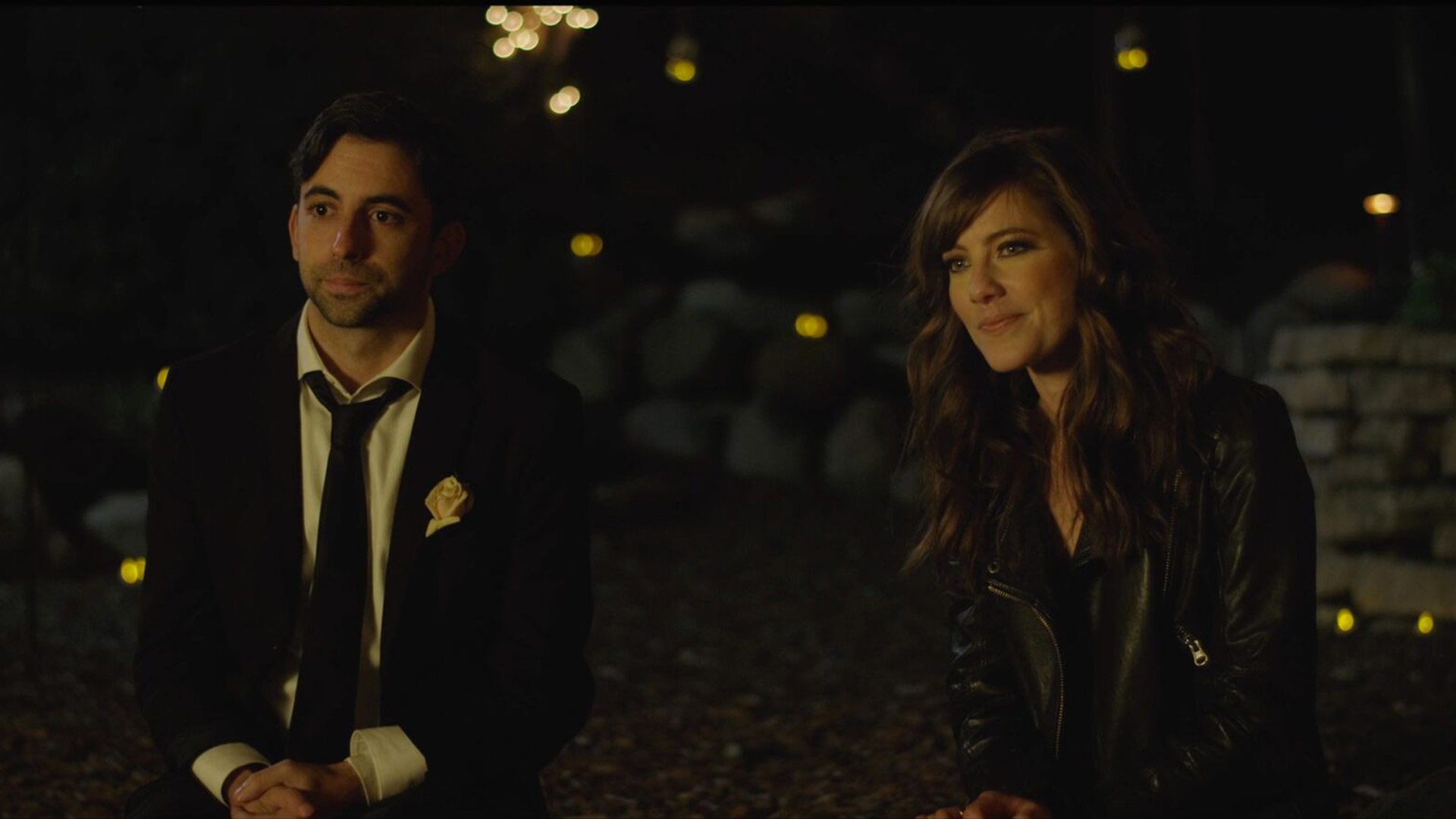 Admittedly, a 20 minute dialogue-driven dramedy where two people literally sit in one place for the film’s entire duration isn’t exactly the easiest sell for an online audience. But, seriously: challenge your smartphone-impaired attention span with this one. Joe Gillette’s sweet and expertly performed little slice of life is the type of two-hander bound to appeal to lovers of subtle meet-cutes and good dialogue.

Gillette really captures a moment here. That may seem like a broad statement, but Reception just so effortlessly relates a certain vibe. A crisp evening. The quiet melancholy of the best man in a wedding staring at the reception that we, the audience, aren’t privy to see (a brilliant low budget choice, btw). It’s just an engaging little conversation between two people who form an unexpected connection. It’s funny, it’s sweet…but never sugary. The kind of a thing that will embolden the romantic sap inside of everyone, without being so cloying that it feels forced.

“Dare to be boring.”

As director, writer, and star, Joe Gillette relates to Short of the Week:

“I wanted to watch two people meet and talk for 20 minutes without cutting away and see if we could care about them and relate to them and want good things for them. Typical meet-cutes are fast and effortlessly charming, and I wanted to try for slow and insecure. Dare to be boring.”

Funny enough, Reception isn’t boring because the performances and writing are too strong to let it be. It may be an oddly specific thing to note, but both actors have such terrific voices. Gillette and his co-star Devin Kelley (who is an auditory doppelganger for Emma Stone ) sound harmonious together…the slow cadence of their ping-ponging quips and comebacks a lulling and transfixing soundtrack (backed, of course, by diegetic DJ pop-music playing the background).

Reception was created by small crew of 8 one chilly night in January. In order to capture the natural progression of the real time conversation, most takes were over 20 minutes long, with the actors running through the entire screenplay. That verisimilitude really comes through. By the end of the runtime, you’re just happy these two people found each other.

More to the point, we’re happy Gillette, who is currently in development on future projects, was able to make this film and share it with the world.