From the Cannes prize-winning director Jonas Carpignano, A Ciambra takes us through a night in the life of Pio, a young Romani boy living in southern Italy.
READ REVIEW
Next Previous 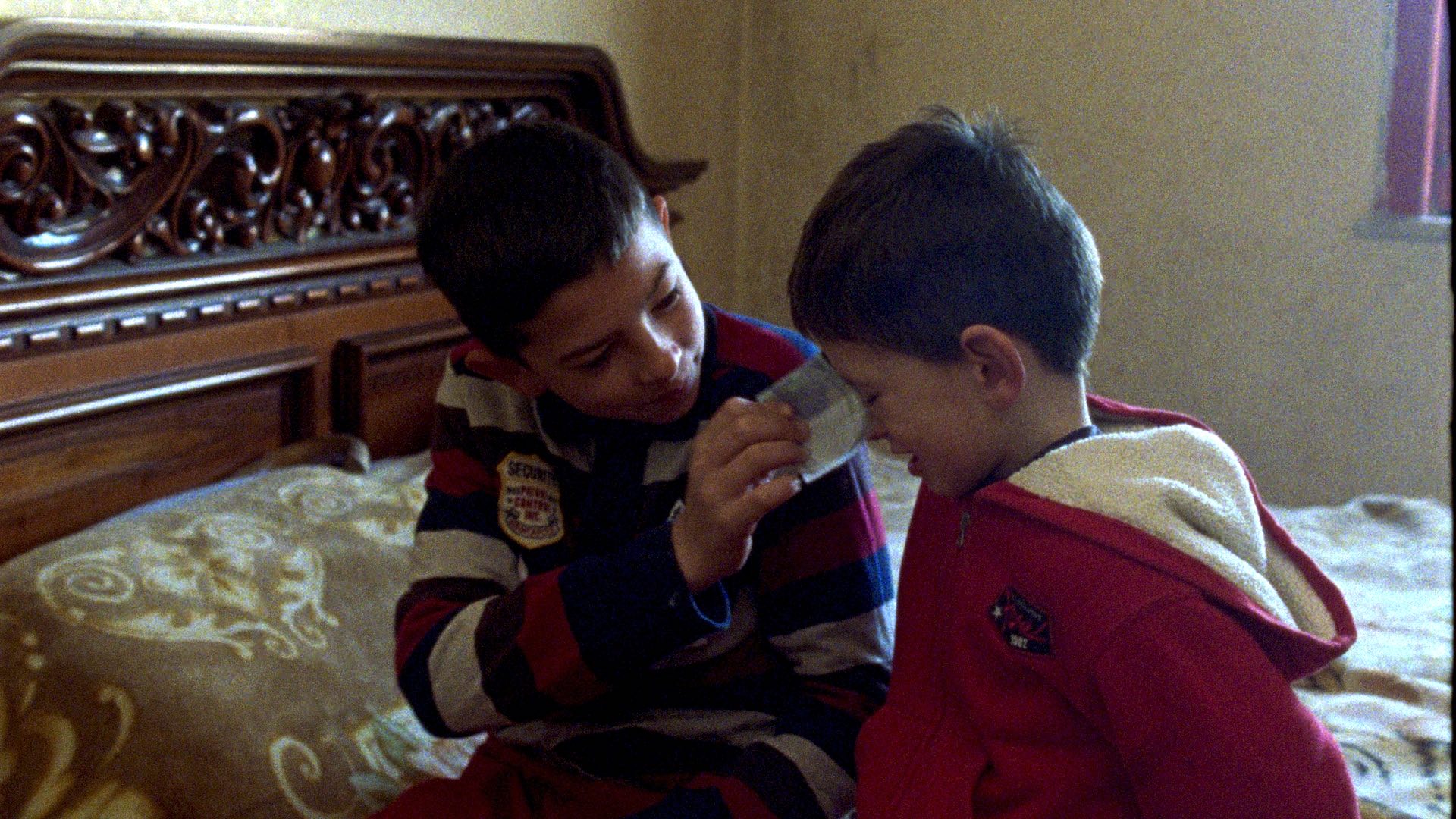 With the 2012 short A Chjàna, young writer/director Jonas Carpignano planted a flag for his relevance in the world cinema sphere. Even in the context of film festivals, which explicitly look to their short film programs as vehicles to raise up new talent, the heat that generated from this short was unusually intense. I crossed paths with the charismatic filmmaker much that year, and it was exciting to see his star quickly spread past the the usual interest circles for shorts.

Winner of the Venice Film Festival for A Chjàna, which explored a fraught evening for two African migrant workers in the midst of a riot, Carpignano quickly signed to WME for representation, and a bevy of distinctions followed—including a spot on Filmmaker Magazine’s 25 New Faces list, inclusion in the Sundance Labs, and, eventually, a Guggenheim fellowship. Today we highlight A Ciambra, his 2014 short film followup to A Chjàna. An intimate slice-of-life drama centering on Pio, a poor Romani boy living in Southern Italy, this short landed Carpignano the “Discovery Prize” at Cannes, and his career has swiftly risen since, with two lauded features quickly following—2015’s Mediterranea, and last year’s feature adaptation of this short, produced by Martin Scorsese and Italy’s official submission for for the Foreign Film Oscar.

The explanation for Carpignano’s success is a mix of talent, style, and subject, along with a unique backstory. Carpignano was born in New York to an African-American mother and an Italian father, and spent much of his life back and forth between the two countries. Carpignano’s experiences made him keenly aware of the tension that existed in Italy between natives and marginalized groups, and exploring that dynamic in the Southern Italian town of Gioia Tauro has become the focus of his work. It just so happened that Carpignano’s precoccupations have, in the last few years, become the world’s preoccupations, as a tide of xenophobia has risen throughout Europe and American, driven by swelling migration. National, ethnic, economic, and geographic friction is represented in his films, as critic David Erlich notes in his review of Carpignano’s latest feature, writing, “A Ciambra further articulates why Gioia Tauro is such a vivid microcosm of the seismic cultural realignments that are defining the 21st century.” Carpignano’s vantage as an insider/outsider has made him specially situated to dramatize these realignments, and his bi-national status has opened his work up to commendation from the grand institutions of European film that are generally resistant to American independent work.

Carpignano employs his sensitivity and charisma to embed within these communities empathetically, and his work surfaces stories true to the lives of his cast of non-actors. His relationship to Pio, a character in Mediterranea, and the star of this short as well as the resultant feature, came when his car filled with gear was stolen on the set of a short film. Sussing out what happened to it lead to Pio’s family, and a fruitful relationship has since blossomed. This kind of serendipity is the reason why “authenticity” is the word most often used to describe Carpignano’s films, and Carpignano leans into that. In Ina Pira’s writeup for A Ciambra at Vimeo, she includes this quote from the filmmaker, “Since we are always shooting in real locations, often in people’s houses, I never want to feel like we are altering the natural rhythm of the place. I always said to the crew that we need to adapt our approach to them, instead of trying to impose a traditional filmmaking infrastructure upon them.”

The work that results from this approach has been rightly compared to Italy’s great film tradition, neo-realism, but Carpignano gives verité a modern spin through the dexterity he learned while crewing a multitude of shorts at NYU. Strikingly shot on 16mm, he employs a lean crew, handling the camerawork himself, resulting in films that are unusually intimate, full of extreme closeups. By keeping the camera so tight, he is able to maximize the expressivity of his performers and place the audience into the character perspectives with alarming effectiveness. Gripes from this approach would be that action sequences become chaotic, making it difficult to piece together a scene’s geography, and, paired with the 16mm, the films are oppressively dark. Additionally, adhering to the “natural rhythm of the place” has lead to criticisms of his films plot structure which can feel loose and sometimes lacking in form. But, even in an age of ubiquitous handheld camerawork, Carpigano’s style is starkly original, and so debate can commence as to whether these are features of his work, or bugs.

What is undeniable is that Carpignano is emerging as one of the world’s most interesting filmmakers. The discipline of his unique approach, paired with its geo-political relevance has earned him justified praise from the holiest cathedrals of film, and so it is a treat to finally be able to highlight for online audiences an example of the short form work that set him on this path.