Krishna wakes up in a strange place, with a strange guy. As she pieces together how she got there, she realises that the reasons may be bigger than just the night before.
READ REVIEW
Next Previous 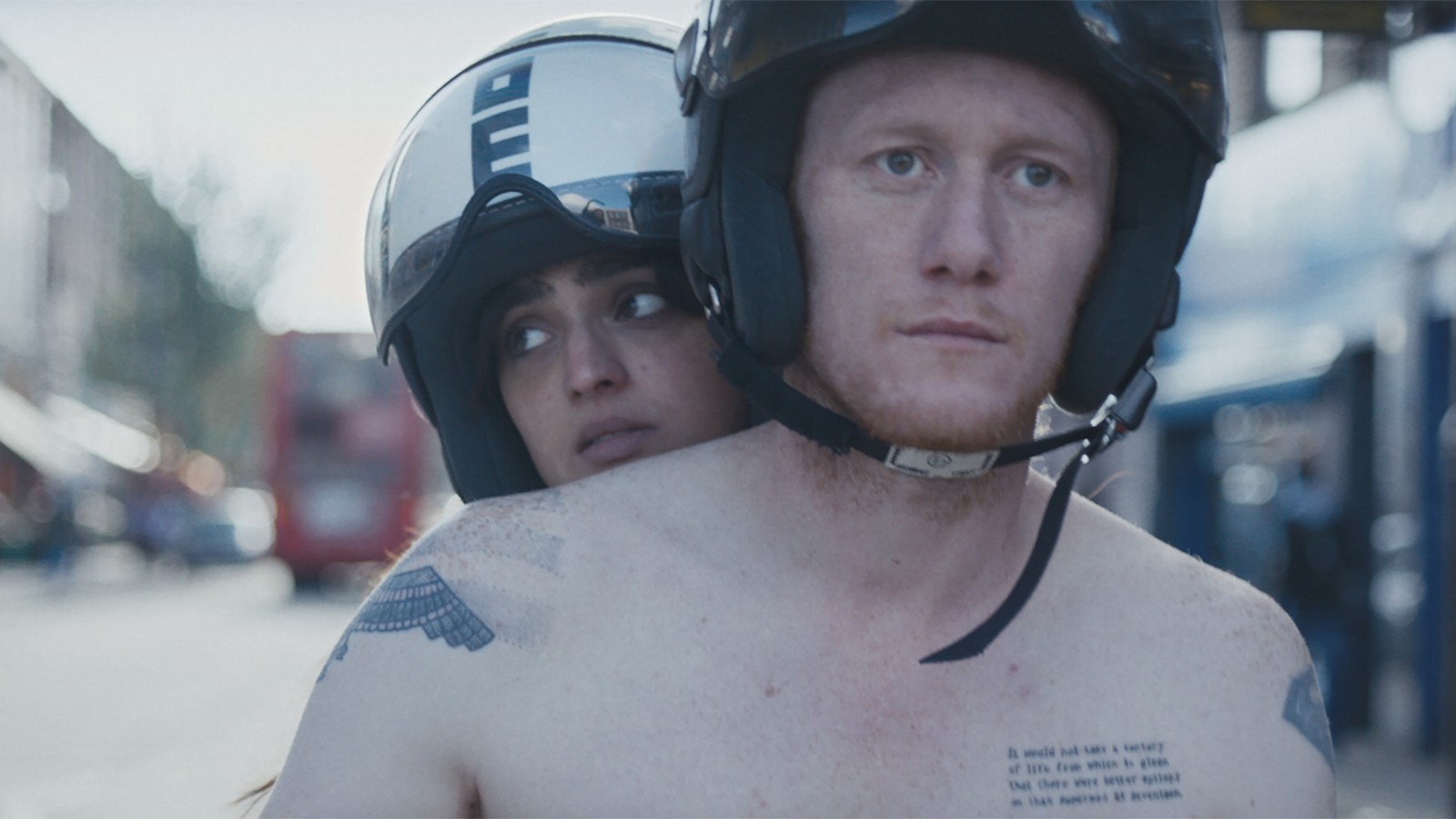 The decline of the rom-com as a cinematic form is a sad trend. Sure, it has often been the province of retrograde gender relations, but its easy buoyancy and charming performances have always been welcome. Well, leave it to short film, that test lab for film innovation, to breathe new life into the stale genre. Georgi Banks-Davies brings us a subtle comedy that begins with a tired set-up, but imbues it with delight by holding true to certain standards of the format—witty reparté, magnetic chemistry between attractive people—but also tweaking it to be a little more adult, a little deeper psychologically, and integrating aspects of cultural identity to the mix.

Krishna and Garfield wake up after a boozy night out, hungover and confused. Guarded, the two awkwardly dance around each other and the events of the previous evening, with pieces of the puzzle slowly added to paint a fuller picture of how they connected, but also the character backstories that lead them to this strange encounter. If that sounds like recent feature films Walk of Shame or Trainwreck, you wouldn’t be mistaken, but Banks-Davies and the script explore issues of attraction, shame, and familial and cultural expectation in an unexpectedly nuanced way. And less you think that sounds dour, the title character, wears a Pink Panther onesie almost throughout the entire runtime—Garfield is also silly and cute and fun.

Motivated by the desire to work on a project dealing with identity and growing up in London, Georgi Banks-Davis was instantly drawn to Myra Appannah’s screenplay. What stood out was the fact that in the midst of the dialogue between the characters, the silences reveal just as much story-wise.

Appannah penned a film set in an extremely relatable situation, between two complex characters, that succeeds at not falling in the tropes of the “morning after” genre or checking all the expected boxes of this kind of comedy. Sure Garfield could be seen as slight upon first viewing, but beneath the surface of the film is a subtle complexity largely supported by rounded characters and their unexplored backstories.

The strange energy of waking up hungover in a stranger’s house is captured in a clever way. At first the pace is a bit slow, the lights feel very bright, and (audio) memories of the previous night come back sporadically. Both Krishna and Garfield are trying to act cool despite the awkwardness of the atmosphere, the attraction they felt the previous night now rendered somewhat hazy by their hangovers. Yet the situation never feels too on-the-nose and it’s the believability of the film and its characters that makes it such an endearing watch.

A quick glance would lead you to believe that both characters could not be further apart, but both use humor and their superficial layer as shields to not show their more vulnerable sides. Their chemistry is intoxicating, the exchange of witty zingers makes their burgeoning/potential relationship extremely compelling. The actors were given as much freedom as possible by shooting the scenes as single-extended takes with different camera angles. With the only rule of hitting certain lines from the script, both were able to surprise each other, making the scenes seem even more natural. Fun fact, Matthew Trevannion, the actor playing Garfield, did not have a license, forcing them to use a crew member as a stand-in in the reverse shot on the moped.

Banks-Davies did not want to make any concessions during the casting process and waited out an extended casting process until she found Mandeep Dhillion and Trevannion to embody Krishna and Garfield. She knew the performances would be front and center in the film and wanted to work with actors she could get honest and nuanced moments from. Her patience was rewarded, as much of the film hinges on these portrayals. Star power has always been important to the genre, and while Dhillion and Trevannion are not household names, they have the charisma necessary to forge an instant connection with audiences.

If I’m being honest though, that onesie really did it for me! I’d like to think that the pair is now an annoyingly cute and funny couple who still wakes up hungover… on the weekend. Garfield had a good festival run, with a world premiere last year at the Palm Springs ShortFest and screening in January at Sundance ahead of its online release today. Georgi Banks-Davies has already wrapped her next short film with an expected release by the end of the year. Titled The Fight, and again set in London, it will focus on an Uber driver and a passenger he picks up.