Two people backpacking through the desert stop to face the reality of a dire situation.
READ REVIEW
Next Previous 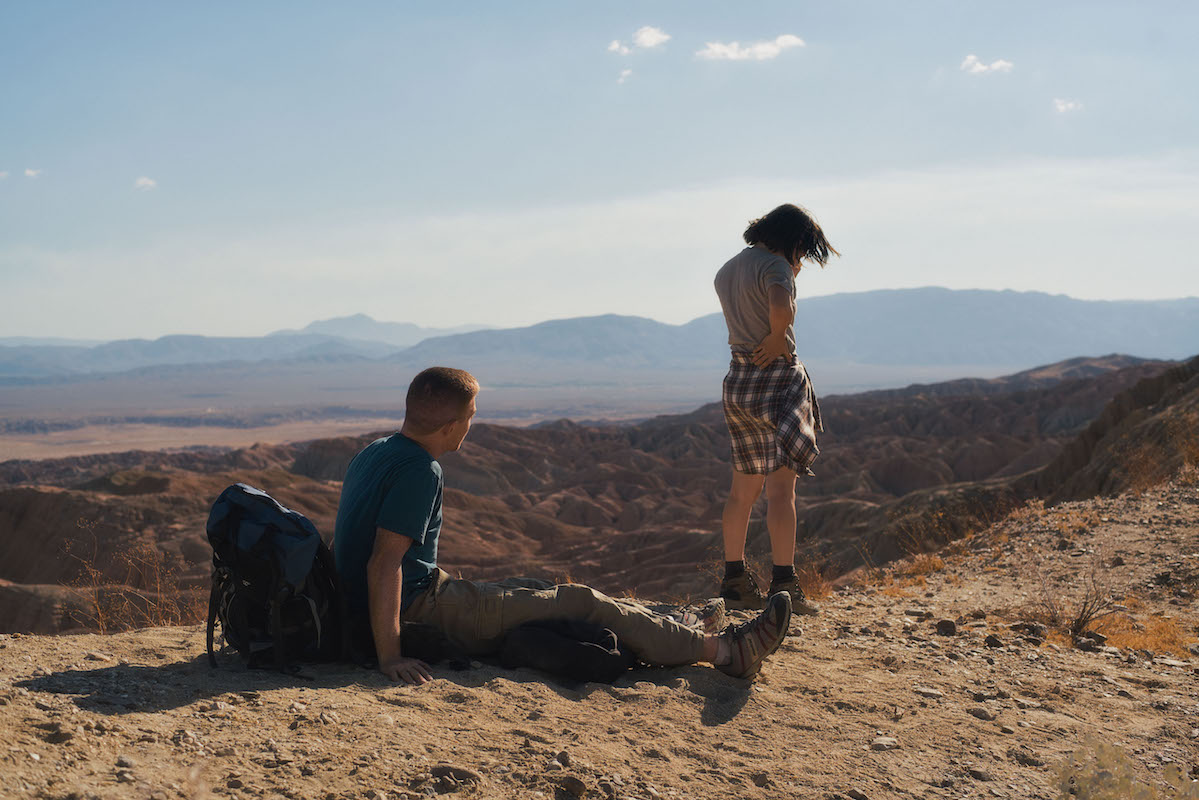 That’s what we want to hear, right? Everything’s gonna be okay. But sometimes, shit happens. Like, on a cosmic level. Or on a small scale, which of course can lead to much bigger consequences later.

A hike in the desert turns into a fight for survival for a young couple in Matt Soson’s Everything’s gonna be okay. After Jake (writer/director Soson in a superb performance) tumbles to the ground in pain, he can’t take one step further. Which isn’t the best situation in the middle of nowhere!

As much as he and his girlfriend Alice (Erika Soto Venegas, equally strong) argue and reason, Jake’s infected wound makes it impossible to go on. Since they are in the desert on a day-long trip, there’s no cell phone reception either. The bright hot sun beating down on them, their chances are getting slimmer and slimmer.

So how do you face such a dire situation? How can they find a glimpse of optimism in this mess? There’s no other possibility than for Alice to go for help, leaving her boyfriend in the hope that he will stay alive until she gets back. Can it get any worse than that?

Turning this fatal situation into an environment for clever quips between the two protagonists and using the scarce location for visual comedy in a surrounding of bright nothingness, Soson turns in the ideal amount of uncomfortableness, making the viewer unsure if you’re supposed to laugh or cry.

But Everything’s gonna be okay doesn’t fall short on dramatic moments, either. One of its most beautiful lines comes from Alice, trying to comfort her boyfriend: “Your life is more than how you say goodbye to it. Or what you think. Or what you did or didn’t do. Because people’s lives actually only mean something to other people.” Makes one think, doesn’t it.

What’s the best way to react to despair? Anger, misery… positivity? In such times it is when a lot of non-believers turn to religion. Either bargaining for their life or hoping that a higher power will ultimately save their soul. Maybe you just start to laugh, at yourself and the randomness of it all in this unjust universe. Cue Monte Python’s “Always Look on the Bright Side of Life” from Life of Brian. Or in the words of actor/producer/writer/director Matt Soson:

“The film is a meditation. A very practical, physical grappling with the meaning of life in the face of death. It’s also meant to be a reflection of the world we live in. I firmly believe that much of our meaning exists to witness whatever beauty we can, which can be found in great abundance if we allow ourselves to see it. There’s a lot of beauty in the film. But at the same time there’s great inequity, tragedy, and chaos in the world today. Great and terrible absurdity. Both of these truths live together in my life and in this film.”

I incidentally wrote about A Field Guide to Losing Your Friends last week, a documentary that deals with loss, grief, and the healing power of nature. Everything’s gonna be okay can be seen as the other side of the same coin. In this case, nature turns it’s back on our protagonists. But the film is nonetheless a life-affirming piece of humane filmmaking, telling us that “everything will be okay”. Because for when things turn south and you are faced with your own mortality, sometimes the only thing to do is to accept your fate and appreciate all you have experienced up until this point.

Filmmaker Matt Soson likes to keep busy: As a jack-of-all-trades creator, he currently works on an album of pod plays featuring the city of Los Angeles, an augmented-reality theatre piece, a couple pilot scripts, a short to shoot this summer, and his first feature.