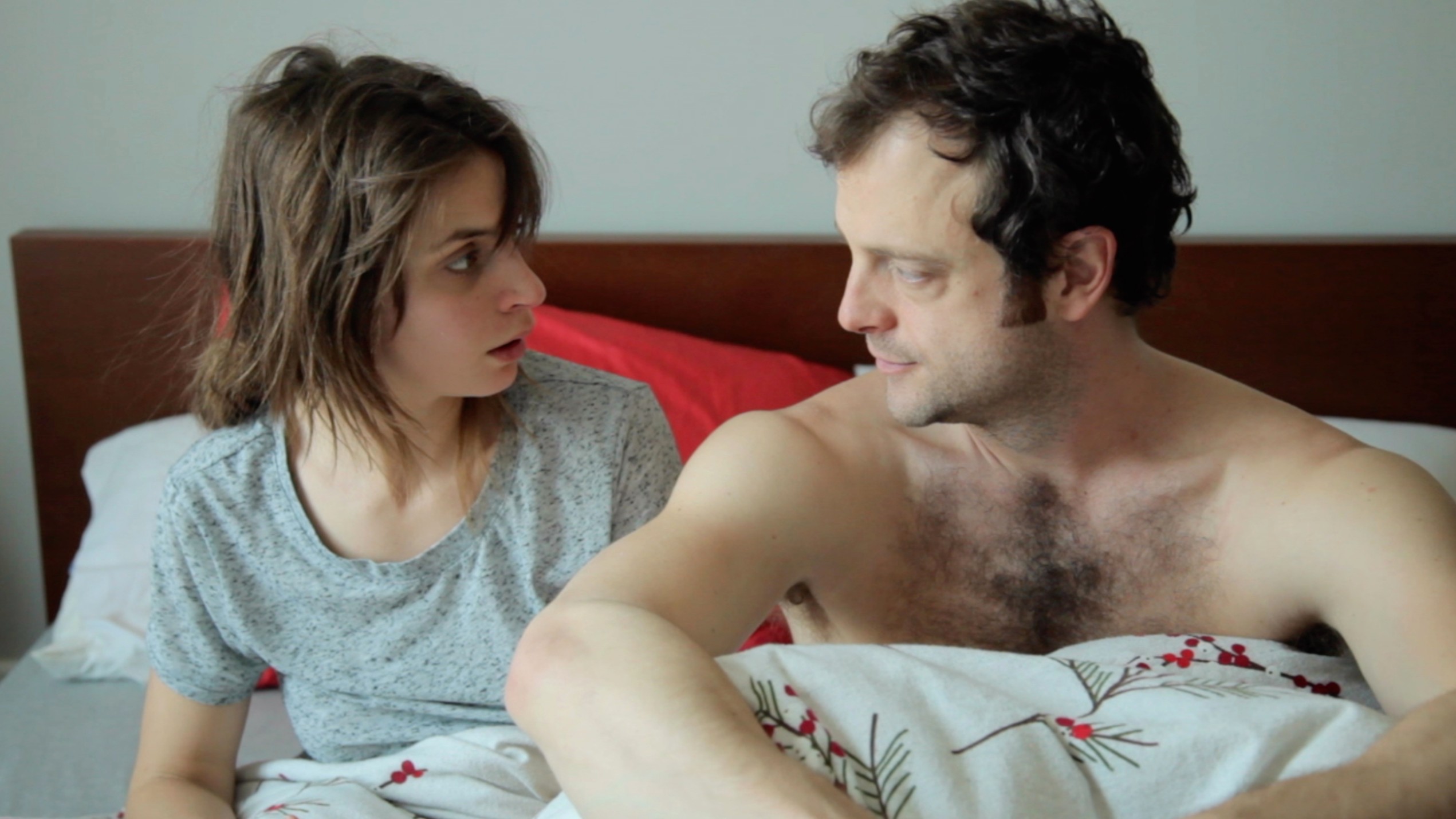 Clara and Francis are having a chill day, eating pasta, reading the newspapers. When Francis tries to initiate a more…pleasurable activity, everything seems to get in the way. A refreshing portrait of the un-glamorous side to sex, director Geneviève Albert creates an entertaining and original love chronicle exploring how intimacy intersects with mundanity for normal couples. Erotisse is a fun short film about sex—but without the sex—and its comedic deftness endears.

Clara and Francis are easy to identify to, or at the very least they will remind you of a couple you know. The film captures a scene that is all-too familiar, and despite being a comedy, is grounded in a realist aesthetic. Critically the pair are not dysfunctional—they make a charming couple, with sprinklings of sweetness throughout the brief 7min runtime, it’s just the glamour of movie-love is lacking. As Francis tries to turn on the romance, an escalating string of factors absurdly compound upon each other to kill the mood. I’m not Steve Harvey, this isn’t Family Feud, but I’m pretty sure that mothers-in-law are in the top three of worst turnoffs when trying to your lovin’ on.

While sex is a reliable source for comedy, what sets Erotisse apart from most couple-centric films is the angle Albert chose. She offers a much-appreciated antidote to photoshopped movie romances where the bodies are always sculpted, the action is always steamy, and the orgasms happen simultaneously. We compare ourselves and our lives to what we see on the screen, and while Erotisse is undeniably farcical, to depict the reality that sometimes the mood just isn’t right  is refreshing.

Erotisse is no public service announcement of course, but a tight, and cutting comedy, and credit to its success goes to the triumvirate of great writing, performances, and editing. The screenplay is sharp, and flawlessly relies on life’s irony with a dash of self-deprecation. The comedy timing of the delivery by the two actors perfectly brings to the screen Albert’s words. Marilyn Castonguay and Alexis Lefebvre’s performances and chemistry convey the nuance of the situation aptly, realizing the genuine bond of the couple while still playing up the farce of the situation. And to piece it all together, the editing was carefully and precisely done, which is paramount, even more so in comedy.

Albert wanted to make a film with complete and total creative freedom, she opted for a story that would not require external investment and did not ask for any outside set of eyes on the screenplay or hands when editing. Unsure that a glimpse of her personal life would appeal to an audience, she decided to gamble on it. Her own life inspired the narrative, but as she points out, usually the personal connects wit the universal.

We are happy to feature the film online today, thanks to its distributor Spira. As for Albert, she is already writing, and looking for funding for her first feature, Noémie Says Yes. Her ability to combine humor and relatability is a rare gift, and makes us eager with anticipation at her next film.