Winner of the Student Academy Award. When a young Nazi SS soldier is discovered by a theater-troupe of survivors celebrating the end of WWII, he is forced to acknowledge his role in their grief.
READ REVIEW
Next Previous 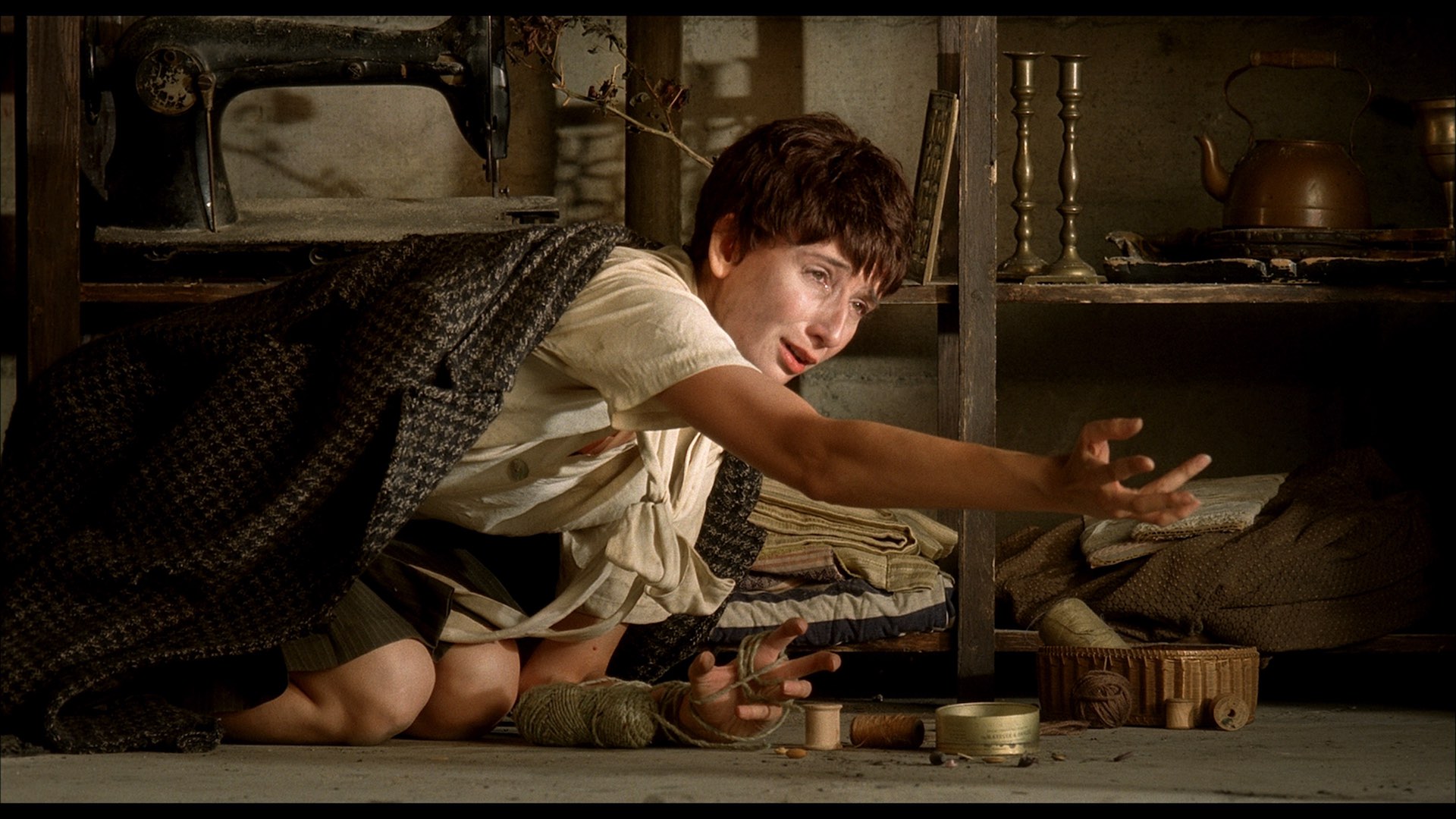 It has been over 70 years since the conclusion of WWII, and collectively, we have never gotten past the horror of the era. The Holocaust in particular still occupies mindshare that we can’t dislodge—that we shouldn’t dislodge (hence the exhortation to “never forget”). Yet time passes, generations turn over, and its centrality to our narrative fades. While the fact of 6 million Jewish deaths during this period is widely known, it is less and less frequently felt. The combination of its enormity, and the increasing march of time, presage a future in which the Holocaust recedes to history books rather than lived experience, and its applicability to our present is denied.

In the decades directly following, it is hard to say, even when the wound was fresher, that this knowledge served us well. Cambodia, Rwanda, Bosnia. Now, the Rohingya in Burma and the Yazidi in Iraq. Did we ever fully grasp the Holocaust? Its truths and implications? Of course not, the magnitude is too great. As humans we grasp the macro in the abstract, it is through the micro that we are more deeply reached, and this is the responsibility of artists and storytellers.

Director David Henry Gerson is fond of a quote from the German philosopher Theodor Adorno, “there can be no art after Auschwitz,” and yet as provocative a statement as it is, it hasn’t prevented many from trying. Renais’ Night and Fog is one of the great short films of all time. On the opposite end of length, Claude Lanzmann’s 9 hour film, Shoah, is seminal. Even as populist a filmmaker as Steven Spielberg sought to tackle the subject with his Academy Award winner Schindler’s List. Filmmakers are drawn to the Holocaust in hopes of of grappling with, and illuminating, some of the most profound questions of life and human nature, and it is hard to conceptualize a more ripe, yet difficult, setting than in such a crucible.

It is presumptuous to include All These Voices in the same class of these works. Gerson’s Student Academy Award Winner, made while a student at the American Film Institute, is of a much smaller scale. Yet it is rewarding to see the legacy of the Holocaust revisited, and with such pathos and verve. A mixture of the arts of film and stage, the short deals with the messy aftermath of the war, and is decidedly micro—a solitary German solider, a small troupe of Polish actors, a single dilapidated theater as a setting—and yet it seeks to engage big questions: guilt and culpability, anger and forgiveness, the paradoxical demand to push past trauma, and yet never forget.

A crucible is a fitting word for the film, as it is a stirring psychological drama that pushes its character towards madness in an increasingly feverish presentation. Gerson and his all-star team self-consciously purse cinematic art, and from its gorgeous 35mm cinematography, to its choreography (from rising star Celia Rowlson-Hall), to its, at times, experimental editing style, the film is a vehicle for emotion on a physical level rather than a reasoning one.  A lone, starving German solider, hiding out in the theater, is an unwitting spectator for the theater troupe of survivors, whom, in their return to the stage, exorcise their pain. In some ways the actors are saints—they dramatically resist retribution even after they recognize the soldier for whom he is. Yet in another way they are demons, and their act of healing is revenge—an expression of their angst so powerful as to overwhelm the soldier mentally, as what he witnesses compounds his guilt.

It is a profoundly humanist work, one that rises to the challenge of Adorno—if “art” is dead, than something new is required, and the experimental nature of All These Voices is a fitting complement to that endeavor. Gerson had the seeds of the project in his mind for 10 years going into the film—his Grandparents lived through these times, and in his formative years he was told stories of how they survived the Second World War, and of how they survived their grief following that war. Gerson alongside his fellow writers, Martin Horvat and Brennan Peters, embarked on massive research for the project, touring Auschwitz and many memorial museums. Gerson visited survivors and credits Samuel Bak’s experiences and aesthetic sensibility, a mixture of haunting realism and surrealist memories, as informing the film. Likewise, he was inspired by many Polish theater artists, such as Tadeusz Kantor and Jerzy Grotowski, who sought to find new languages to depict their changed worlds. He writes that “When I saw Andrej Wajda’s filming of Tadeusz Kantor’s play “Dead Class” in Krakow I somehow better understood the atrocities and dehumanization that happened in Auschwitz more than when I went to see the site. Our film is an exploration of how art is made out of trauma, how the power of the theater, cinema, dance, music can be tools of healing and humanizing.”

The contradictions of the film are ever-present, but within that tension what Gerson and his team achieve shines. Delving into the past to attempt to craft what is new, to image grace, yet not abrogate responsibility, to attempt catharsis, yet never let go of the voices of the ghosts of the past—it is quite a threading of the needle, but the payoff is well worth it.

Now graduated from AFI, Gerson is actively developing a feature film project. Above Kings landed a spot on Tracking-Board’s Hit List, and the film, about the famous Lockerbie airplane bombing, looks like another wrenching revisiting of the tragic past.