An observational exploration of routine, monotony, attention and distraction. Will we continue to let events pass us by uncontested, or will we decide to break the cycle?
READ REVIEW
Next Previous 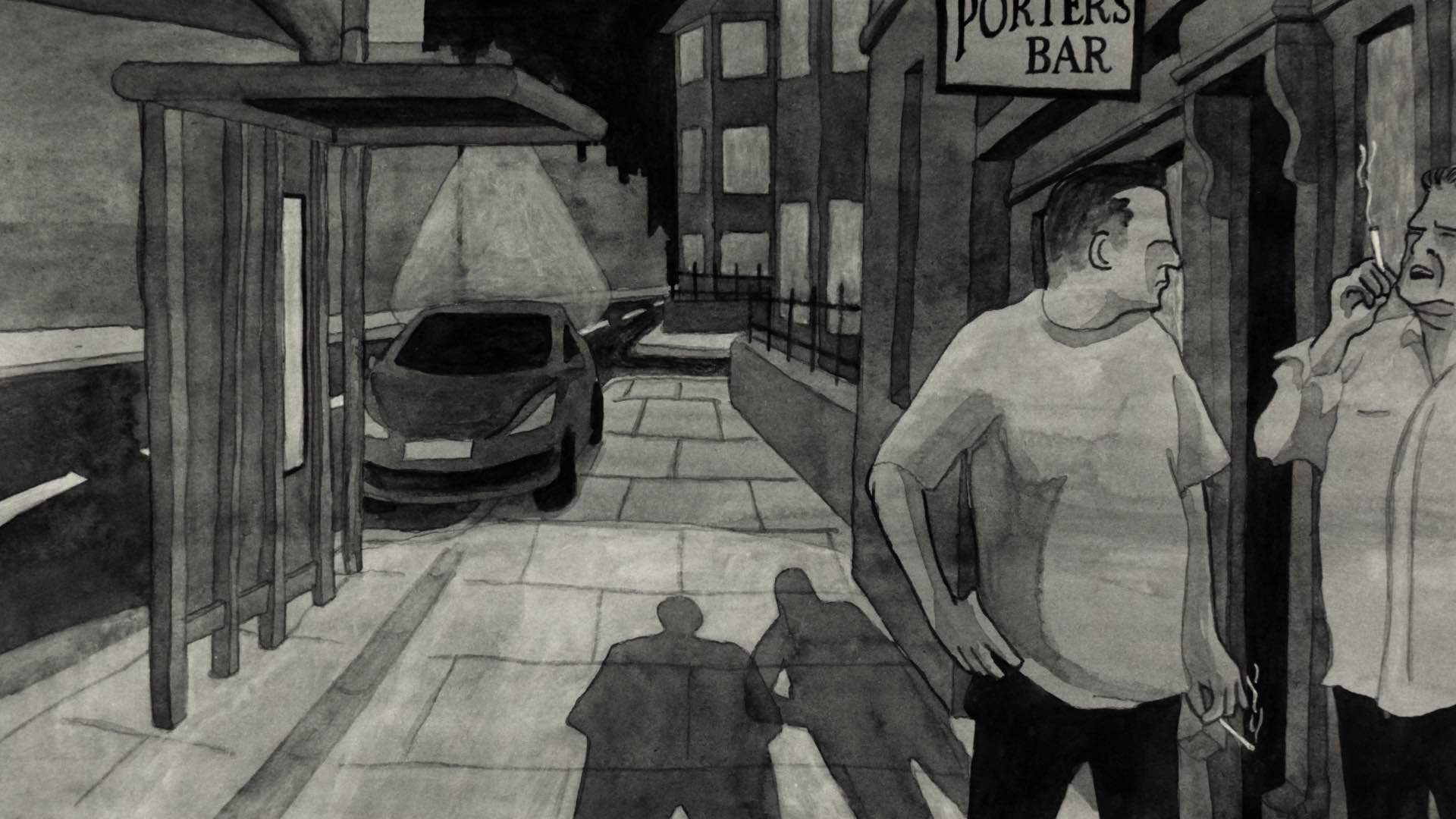 Beginning as a weekly challenge, set by himself, as an attempt to make animating part of his daily routine, Ross Hogg’s four minute short Life Cycles is an animated diary exploring monotony and distraction. Initially created as a series of observations from the director’s life, when Hogg noticed recurring themes in these vignettes he started to realise that by amalgamating the brief moments into one singular film he had created a piece that helped him examine some larger and more significant themes.

“After a couple of months, I noticed that I had a lot of footage which seemed to all connect”, Hogg explains. “I realised I seemed to be more interested in the mundane or insignificant aspects or observations that may normally go overlooked. This eventually led to the creation of what could be seen as an animated diary. I was especially interested in how these inconsequential (often trivial) moments related to the more serious issues which were going on at the time”.

Capturing seemingly unexciting moments from the filmmaker’s daily existence, Life Cycles is cleverly punctuated with politics and world events from the news Hogg digests via the television or online. From Syrian airstrikes to elevated terror threats, these sobering blips play as a reminder to Hogg within his film, and more importantly his viewers watching his film, the importance of looking at the bigger picture from time. Sure these routine moments in life seem somewhat tedious at times to us, but surely we should enjoy every moment in life when you think of the atrocities happening elsewhere!

A film that purposefully feels repetitive in its nature, as a father of two, and someone who often feels somewhat regulated by the routines of his kids, on the numerous occasions I’ve seen Life Cycles it always strikes me as a relatable, engaging watch. Experimental in approach and lacking the more standard A-to-B narrative some might desire in our picks here on Short of the Week, it won’t be a film that everyone will connect with but take a step back a look at that bigger picture it alludes to and hopefully there’s something you can take from the short.

Currently working on a new animated project designed for exhibition, Ross is also trying to get a new short film off the ground. “I’m really excited about it”, he admits, “as it’s a change in direction for me (with it being dialogue and character driven) but it also requires a decent budget as it’s more ambitious than my previous work and relies on a team to create it”. Sounds like something we’d definitely like to see.