Nineteen-year-old Kirill hangs out on the rooftops of apartment blocks in Moscow, where his brazen stunts have earned him the nickname "Russian Spiderman"
READ REVIEW
Next Previous 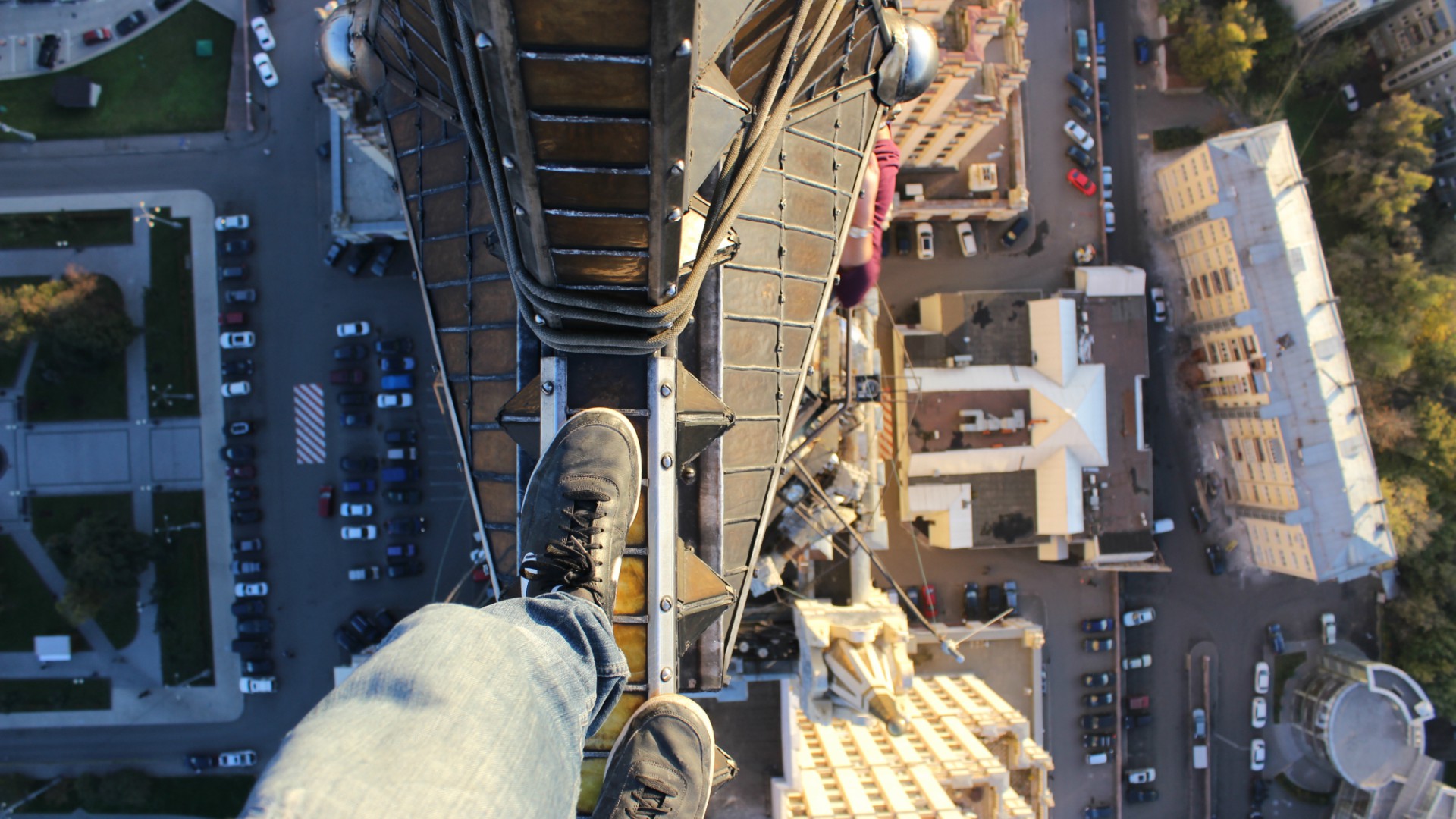 Kirill is the “Russian Spider Man”. The teenager’s crazy exploits propelled him to the forefront of the Moscow roofing culture. With his friends, he spends his time climbing buildings, seeing the urban layout as their own playground. Conquering some of Moscow’s biggest skyscrapers turned him into an online viral sensation that traveled all the way to New York City where filmmaker Geoffrey Feinberg couldn’t help but break a cold sweat when seeing a couple of pictures (granted the filmmaker is afraid of heights).

Fuelled by his fascination for Kirill, and trying to solve the enigma of who he truly is on the backdrop of this Russian subculture, Feinberg spent two weeks with his subject in Russia. The Hanging, the result of these two weeks, is a captivating exploration of roofing through the eyes of the extremely talented, daring and intriguing Kirill.

Kirill’s pictures atop famous Moscow buildings or cranes are breathtaking to say the least. The brazen stunts of Kirill and his friends exude complete freedom as they flirt with death on a daily basis hanging from different buildings. Feinberg perfectly captures the roofing experience by showing the dedication and sense of adventure attached to the practice.

Their desire to explore, challenge themselves and get to escape and see the city from a different point of view is conveyed through the screen when Feinberg takes us on roofs with them. The audience feels like a part of Kirill’s crew, here to have fun and just hang out with friends and ultimately celebrate some kind of temporary freedom.

The whole process of their exploits is captured in Feinberg’s short, from walking into a building, making it to the roof to performing impressive stunts. Unlike most roofing videos, Feinberg chose to use a rearranged version of a classical piece instead of EDM to highlight the peacefulness and grace of those moments. The Hanging is a great way to experience this daredevil experience, all from the comfort of our own homes.

Roofing struck something in Feinberg, but Kirill and his enigmatic persona drew him even more. The eerie calm and fearlessness in Kirill’s eyes prompted Feinberg to figure out what is going on behind those eyes. Kirill performs insane stunts with the demeanor of someone doing a regular thing such as taking a stroll. That reinforced the director’s will to solve the Kirill mystery.

He appears to be a rather reserved person but like most teens, he is trying to find himself and figure life out. Roofing is his outlet. Unfortunately, his days as the leader of this subculture might be numbered. He constantly lives on the edge whether he is on top of a skyscraper or walking in the streets. Since he dropped out of university, he has been drafted a few times to join the army but has been ditching the notices. Living with the inevitable fear of having to leave his life, roofing gives him the ultimate and extreme feelings of freedom and control that he doesn’t have on the ground.

The Hanging premiered at Hot Docs, and went on to be programmed at other prestigious festivals such as AFI Docs and the Palm Springs ShortFest before premiering online as a Vimeo Staff Pick Premiere. Feinberg is currently working on multiple projects and we are all eager to see what comes next for him.