あたしだけをみて (Look at Me Only)

Having forgotten exciting feelings of the early days of the relationship, the man drifts along petting his guinea pig. One day he meets a beauty of flower who appreciates the pet.
READ REVIEW
Next Previous

あたしだけをみて (Look at Me Only) 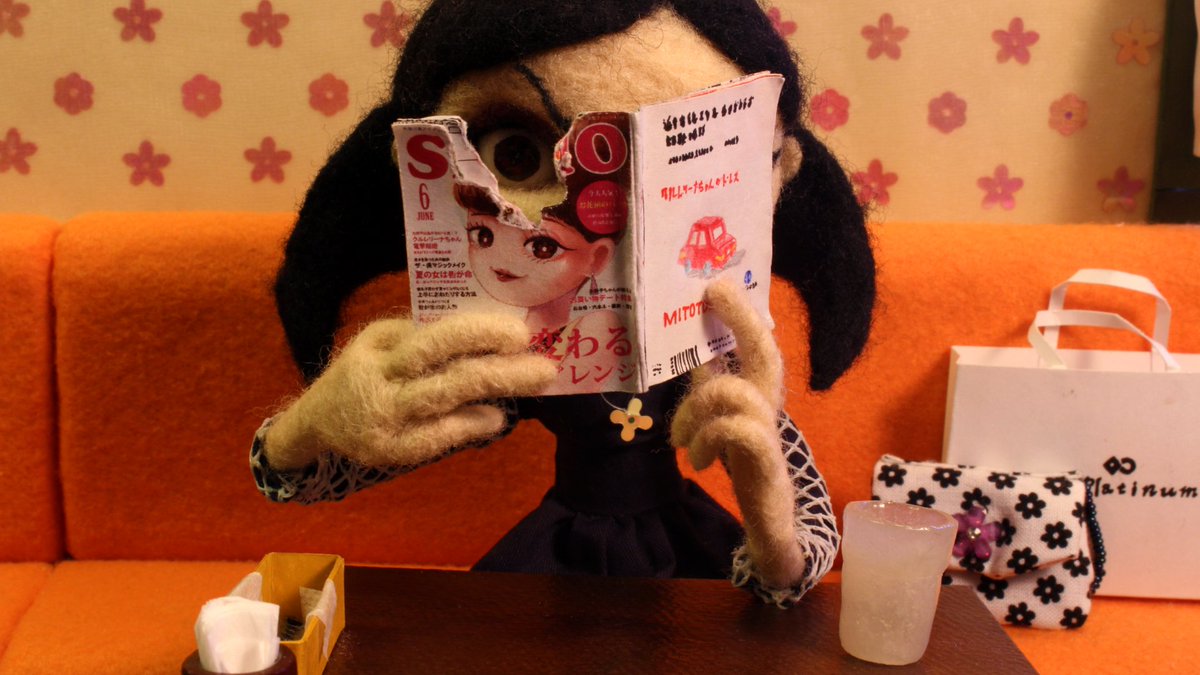 A man with a wandering eye, a jealous woman, and a guinea pig walk into a café. I’m not setting up a joke, that’s the setup to あたしだけをみて (Look at Me Only), Tomoki Misato’s 2016 undergrad animation which hit Vimeo last Friday after a strong festival run. While the man longingly looks at the pretty girls one table away, the woman flips out—she’s depicted as an angry, entitled sort, one who frequently morphs into a viper. The guinea pig—well it’s cute, and proves to possess its own sort of transmographical capability as the central metaphor of the film is revealed in a 3rd act twist. A relatively short slice of fantasy, the film nevertheless proves itself emotionally resonant within its short time frame as it explores themes of romance, fidelity, and the pernicious effects of technology.

Themes and plot aside, as is often the case with our animation picks, craft is the foremost element to celebrate in Look at Me Only. We’re used to work from Japan mimicking the nation’s beloved anime aesthetic, and while traces of that persist in the film, Look at Me Only’s felted stop-motion provides a stark departure. While not overly meticulous, there is a wonderful sense of place to the sets, and huge expressiveness in the characters, dominated by big ol’ eyes (told ya the anime influence persisted a bit). Additionally 2D transitions between scenes are wonderfully realized, and the fantastical elements (such as the viper transmogrifying) are superb.

Initially the plot appears to distressingly shape up into a story of a sad-sack hectored by his witch of a significant other, yet Tomoki has something else in mind, and the story takes an interesting turn late in the short. Employing an admirably blunt metaphor, it still took a couple of viewings for me to fully tease it out all the pieces. If you want to try it yourself, read no further, but for those looking for an explanation, SPOILER ALERT. 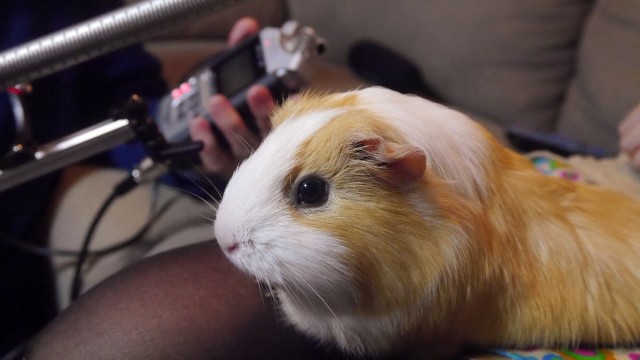 Early in the film we’re shown a contextless image of the guinea pig in a barren field as it eats one last flower. It’s easy to forget this shot, but once the man connects with the girl at the neighboring table and fantasizes in his mind about an incipient romance between them, we see the field again, fully verdant. In the next scene, in the bathroom, we also see that the guinea pig is actually the man’s phone (earlier shots of the guinea pig “buzzing” and the way he pets/swipes it suddenly take on new meaning). Photographs establish that the relationship between the man and the viper lady was once warm and loving. So…fresh love populates the field of love, but inattention in terms of device-addiction decimates it (hence the title of the piece). He opens the door of the bathroom to find his partner in tears, despairing in the wasteland that was once their field of flowers. With pity and regret he embraces her and a single bloom re-emerges. Awww.

This is the first film from Tomoki Misato I’ve seen, and I’m hungry for more. His graduation film from Musashino Art University, he has since graduated with a Master’s from Tokyo University in animation, and I’m desperate to now see his latest work, Candy.zip, and, presumably, his Tokyo U graduation film.