The reunion between a woman and her estranged daughter is interrupted by a man with an unusual request.
READ REVIEW
Next Previous 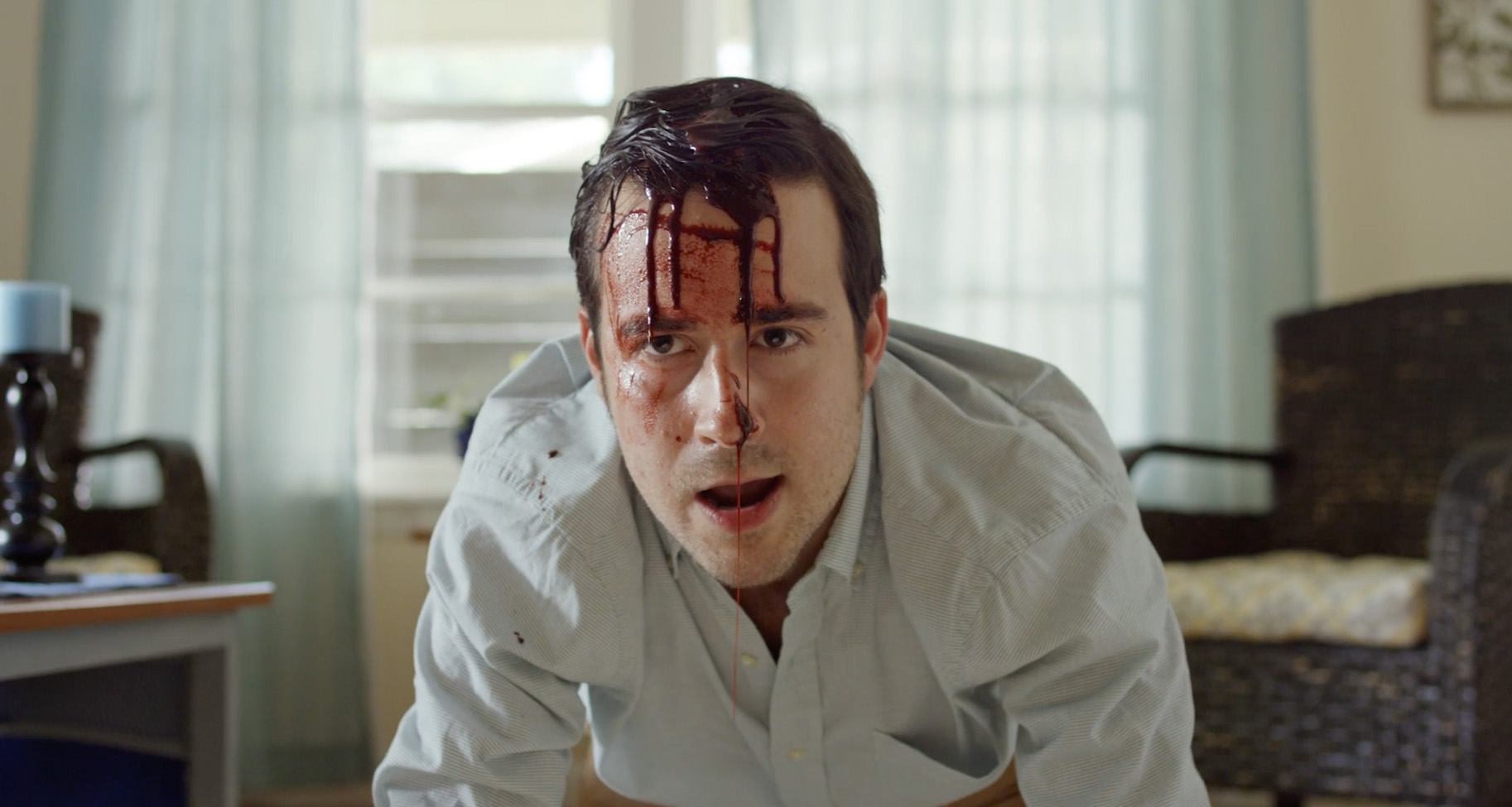 You should do what you’re good at. Well, it’s easier said than done, especially if what you’re good at happens to be killing people. Don Swaynos serves up a bloody hilarious 10min treat in Don’t Ever Change. Prepare to meet one of the most endearing murderers to ever grace your screen, to get repeatedly bashed with some brilliant one-liners and maybe even burst out laughing at the sight of someone getting stabbed. This is the most fun I’ve had watching a short in ages, and I am just dying to share it with you!

After serving a 45 year prison sentence, Karen is finally reunited with her now grown-up daughter. The tension between them is palpable, as Karen lays out cheesy treats for a guest she’s expecting. ‘Don’t leave me alone with him’ – she says, giving us the first clue that something is not quite right here. When Jason, Karen’s self proclaimed number one fan arrives, things take a turn for the weirder… Don’t Ever Change is dark and delightful in equal measures, but be warned, you might find some scenes hard to watch.

Don Swaynos took inspiration from popular reality TV shows and wanted to explore the culture of celebrity and its pitfalls. “There’s been a recent trend of true crime becoming a phenomenon in pop culture, things like Serial, Making a Murderer, The Jinx… That got me thinking about how we interact with these crimes as an audience and what it means to essentially become a “fan” of a murder” – he explains. “I wanted it to be entertaining, funny and surprising” – he continues, and he certainly achieves that.

There are some uncomfortable aspects in Don’t Ever Change, which ironically make the short even funnier, kind of like when you get the giggles at a funeral. One is the realisation that watching someone get repeatedly hit with a candlestick holder is much harder to stomach than watching someone get shot for example. Swaynos makes the sobering point that being constantly exposed to the latter on our screens has led to a total desensitisation.

The director also makes us question our preconceptions. Just as we have become accustomed to the idea that only evil and emotionally damaged people can be killers, the director coolly presents us with a self-evidently nice, polite older lady, who loves her family, and who is, ahem, disarmingly adorable. Which brings me to my favourite bit of Don’t Ever Change. Karen.

Played by Cyndi Williams, Karen is now officially one of my favourite characters in a short. Think Misery’s Annie Wilkes but stoned. Sweet and loveable, literally jumping with childlike excitement, but also rather clumsy and slightly confused. She also delivers some of the best lines in the film. “I’m a little rusty” she says apologetically after delivering the first blow to the back of Jason’s head. Even when looking for a suitable knife to stab him with, she’s more concerned that it’s clean, ‘just to be safe’. I mean, how can you NOT love her?!

Don’t Ever Change never looks like a moral lesson to be learnt. Rather it’s the darkly comic enactment of a generally degraded and absurd culture of celebrity, and I for one think it’s an absolute treat. I wish, with all my heart, that we will see more of Karen and her daughter, maybe even in a feature, but for now all we know is that Swaynos is working on another a dark comedy and a few more traditional horror projects. I’ll keep you guys posted!