When the tide of gentrification reaches her Harlem single room occupancy building, a former Bond Girl documents her mission to save the neighborhood and her home.
READ REVIEW
Next Previous 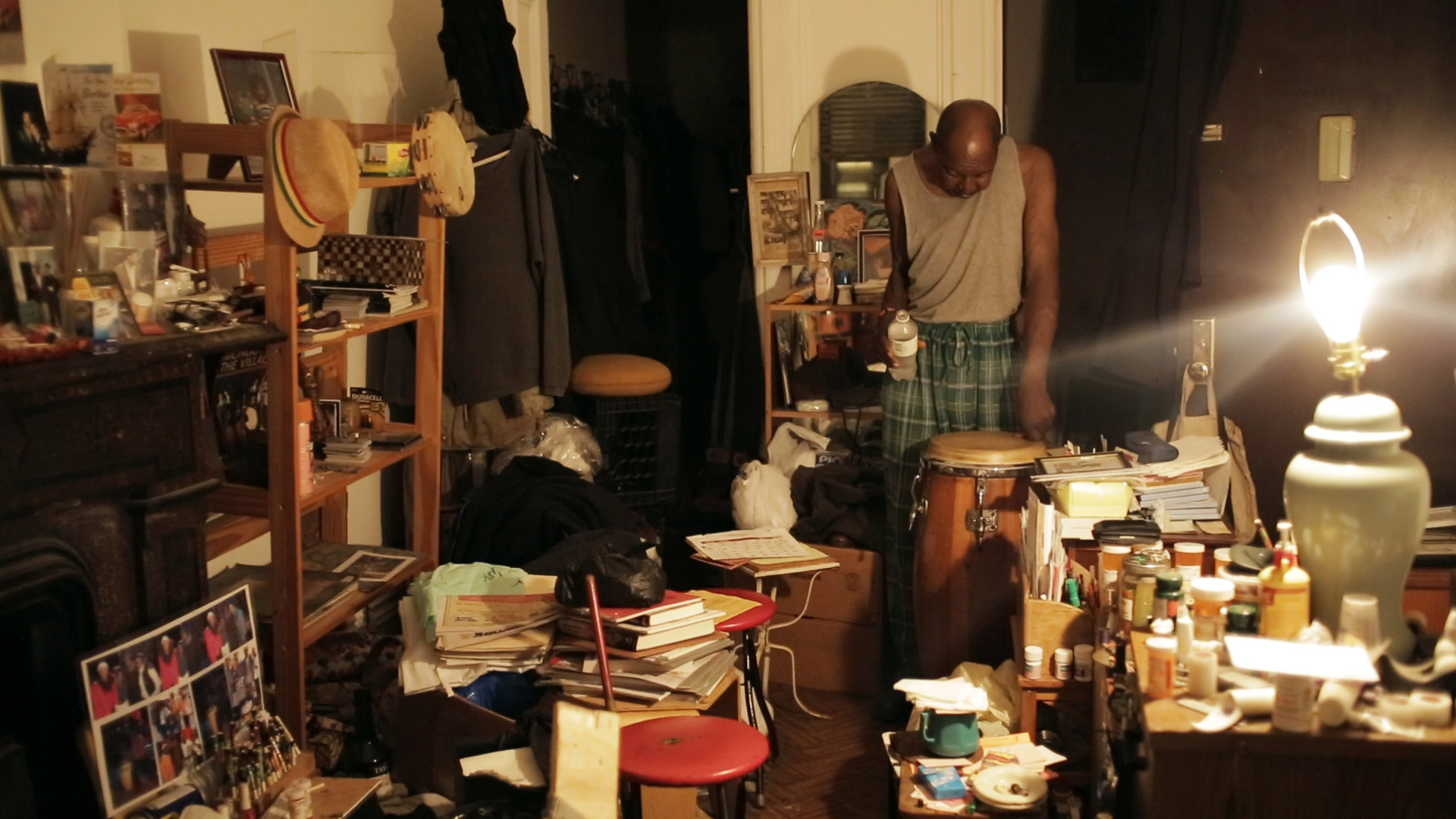 Considering all the systemic racial problems in United States, gentrification isn’t the type of hot-button issue that dominates our headline culture. Riots and police killings, as disturbing as they are, garner prime time news coverage and outrage clicks. Gentrification? Well, that’s just “not sexy” enough to rile up national fervor.

In this unique documentary from filmmakers Artemis Shaw and Alexander Wolf Lewis, we are given a very real, personal look at a woman single-handedly attempting to save her neighborhood from the gentrifiers. In Harlem New York City, rent is war. And, Max, our protagonist and crusader, is fighting a new battle every day. She’s outspoken and loud—the woman who won’t go quietly into that good night. She unflaggingly yells at white, upper class millennials “taking over” her local haunts, capturing all of their uncomfortable reactions in awkward cell phone video form.

For anyone who resides in a major city, Single Room Occupancy probably hits too close to home (both literally and figuratively). Living in Washington, DC, entire neighborhoods of my hometown have been “revitalized’ over the past few years. For me personally, it creates an uncomfortable dichotomy. Yes, I feel guilty that so many people are displaced, but, like your average white millennial, I also take advantage of the affluent benefits—from hip restaurants to cool apartments. How is one expected to bridge that moral divide?

As co-director Shaw relates to Short of the Week:

“For many in our audience, gentrification is reduced to the annoyance of another trendy shop replacing a beloved family business. We wanted to show gentrification for what it really is. News articles in the New York Times covering gentrification often feel like more like real estate ads and don’t often highlight the struggle for tenants.

We didn’t want to make this film objective because it isn’t. Alex and I grew just a couple miles from Max and Buzz’s building, but we live in a very different New York. We recognize that a lot of our audience will be young, urban people who are similarly sheltered from the real violence of gentrification on a daily basis.”

The film smartly juxtaposes all of Max’s fire with the calm demeanor of Buzz—an “old time” Harlem musician who is tired of fighting the war. His presence grounds the film in a quiet sadness that really hits emotionally. When talking about gentrification, it’s easy to lose sight of the individuals actually affected by its sweeping change. Buzz bridges that gap, giving it a very human face.

Both filmmakers are currently hard at work on other exciting projects. Shaw’s latest short film, Aquaculture, will begin screening at festivals this spring. Lewis just finished a DP’ing a feature doc about competitive dog groomers entitled Well Groomed, the short version of which appeared on Vimeo as a Staff Pick Premiere.