Duck, Death and the Tulip

A duck meets a character called Death who, as it turns out, has been following her all her life.
READ REVIEW
Next Previous

Duck, Death and the Tulip 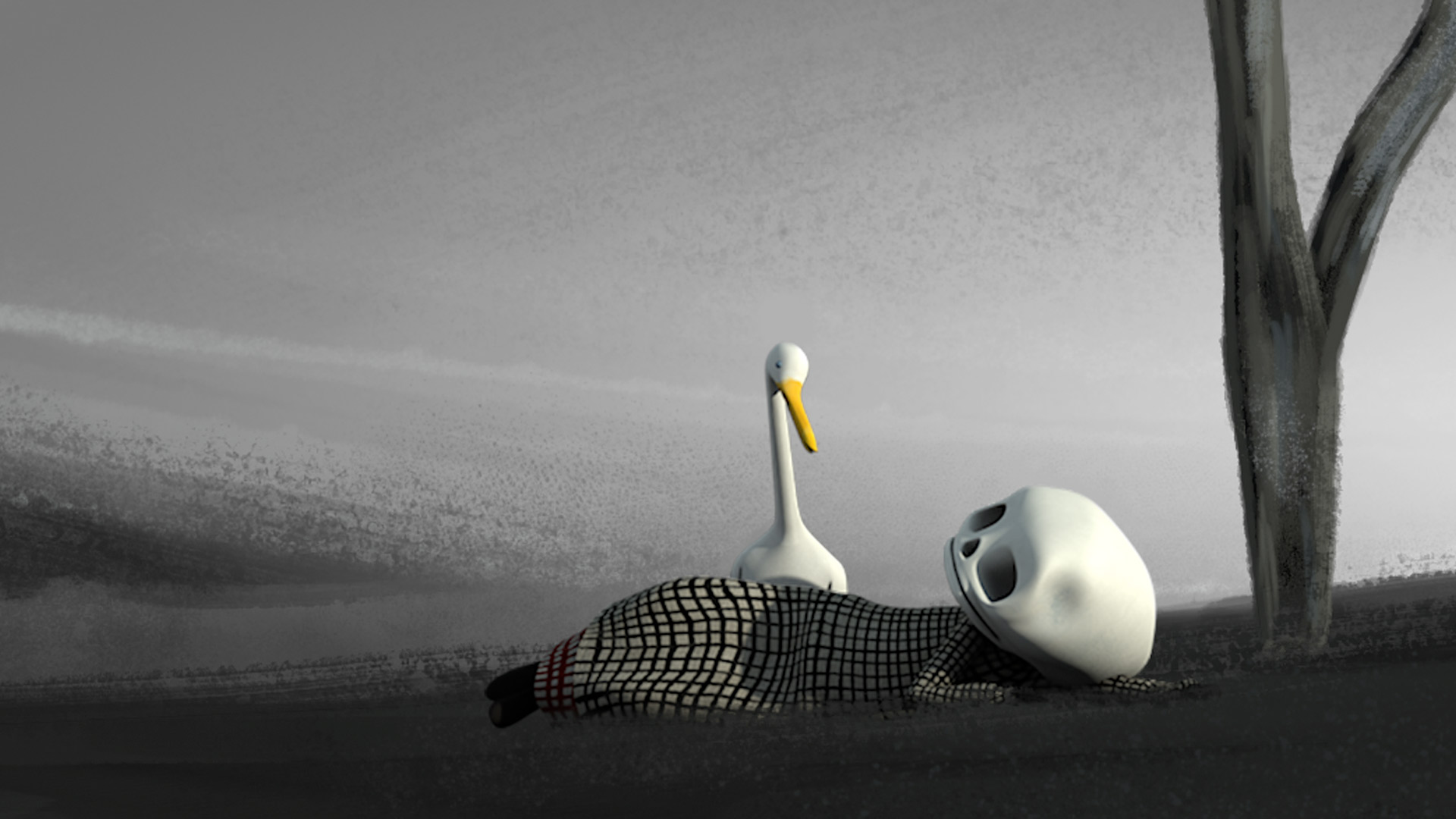 Based on Wolf Erlbruch’s picture book of the same name, Jorge Sandoval and Ella Yoon’s stellar, tranquil animation feels like if Ingmar Bergman had made a children’s film—it’s a poetic, philosophical story about death and friendship, told through the non-traditional lens of a storybook world. It’s a film filled with allegory and symbolism, but beyond the intellectual nourishment it offers, it’s also a surprisingly heartwarming take on loss, life, and inevitability. You know, typical kid’s stuff…

Death is so often attributed both in cinema and literature as a malevolent force—a scythe-wielding agent of horror. But, here, he is a beacon of non-traditional comfort, intimate and warm. The act of death and loss is a hard thing to really grasp. There’s is sadness to it, to be sure, but also a reassurance in its inevitability. Death will come for all of us, so this film, in a sense, is asking one to embrace that fact—to befriend the notion. And, so in this story, a companionship forms between our titular heroes—partners in life, and, well, death.

Even though it’s a few years old, the film’s ultra-wide aspect ratio makes me itch to see this animation on the big screen. Unfortunately, being shown online doesn’t do really do it justice. Still, we’re excited to finally getting around to featuring it.

Sandoval and Yoon created the film primarily using Cinema 4D and After Effects.The film’s painterly look is its defining feature, but building that aesthetic was no easy task. It took a lot of trial and error, with the team eventually settling on the technique of projecting digital paintings from photoshop on top of the 3D animation—a process that was quite labor intensive.

As filmmaker/animator, Ella Yoon explains to Short of the Week:

“When I read this book, I automatically visualized this world that was minimal yet grand, warm yet cold, and a bit rough around the edges. I saw rough paint strokes, minimal palette, and a hint of the sun, somewhere, as if it’s hiding in the sky.”

Since the film’s completion, Sandoval and Yoon has both built successful careers in the industry. Yoon is currently an art director at Flavor TV, a design and motion studio. And, Sandoval is working as an editor on several high profile projects while he continues to write and develop new animated short film projects.