The boundaries between childhood and adulthood become blurry for a kid at his mother’s cocktail party.
READ REVIEW
Next Previous 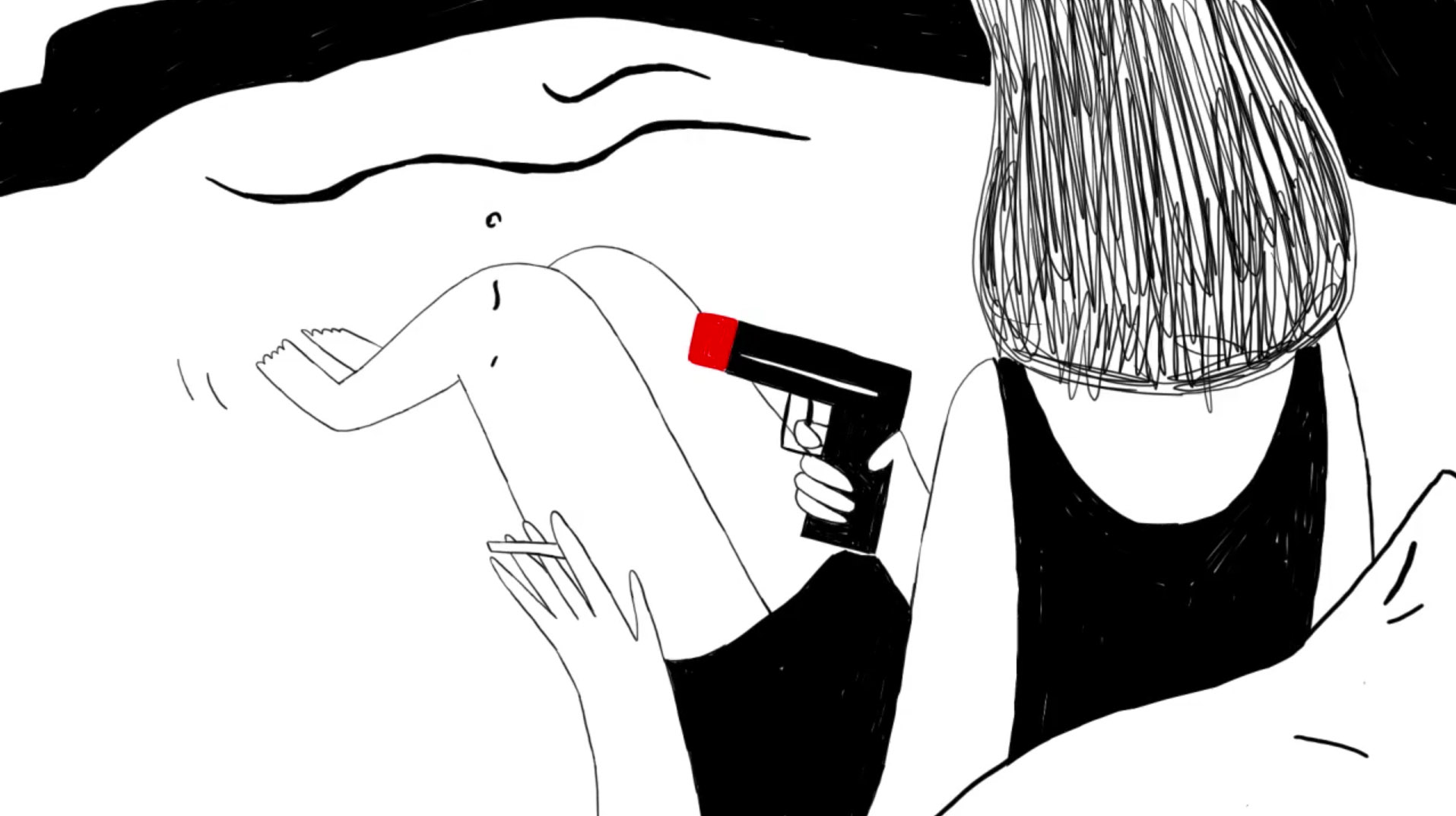 Experimental about in Animation
Directed By Daniela Sherer
Made In UK

Messed-up childhood, sexuality, escapism, suicide. Sounds like a hell of a lot to tackle in a short, but out of such complex ingredients, Royal College of Arts graduate Daniela Sherer wrings melancholy brilliance in her experimental animation The Shirley Temple. With narrative fluidity, so mesmerising yet impossible to fully grasp, and with visuals to match, the 9-min short explores these issues, in a profound and subtle way that few live-action shorts can match.

Loosely based on The Point, a short story by Charles D’Ambrosio, The Shirley Temple sees a young boy at one of his mother’s cocktail parties. There, the lines between dreams and reality, and innocence and desire start to blur, as the transition into adulthood begins. Interspersed with sexual references, Sherer’s graduation film is a daring tale, with stark shapes and just three prime colours stretching the boundaries of the world and characters she has created.

I rarely write about experimental shorts, partly because I usually prefer a straightforward narrative but mostly because I simply don’t really understand them. But when I first watched The Shirley Temple I found myself so hopelessly transfixed that I had to share my experience. I knew I loved it, I just had to figure out why…

Some aspects of why The Shirley Temple works are obvious – the issues Sherer explores are ones we have all dealt with at some stage in our lives, making the animation largely relatable. As she explains “the whole idea that childhood is full of difficult transitions, and that adults can themselves be lost, is really moving to me”. But it’s how she has translated these transitions visually that is truly breathtaking.

The way simple shapes and harsh lines seize to be just shapes and lines, but inexplicably yet undeniably become people, rooms and dreams is nothing short of magical. Each transformation feels tangible and fluid simultaneously. Just when you think you have grasped it, it slips through the cracks of your grip and becomes something else entirely. This illusion is reinforced by the great sound design, floating seamlessly from the hustle and bustle of the party, through the eerie emptiness of space, to the serenity of the beach and ocean waves.

The narrative is equally unpredictable. It seems to follow a certain direction only to end up someplace else, leaving questions unanswered and ends untied. For me, this fluidity reflects how our minds work, when trying to piece together a distant memory, perhaps from our childhood, when it’s difficult to distinguish between reality and the imprint of a strong impression. It’s also what makes The Shirley Temple such a captivating watch.

Daniela is currently working on a short film for NPR, which combines animation with live action. In addition, she’ll soon be creating and directing another film which is meant for broadcast, but it’s all a bit hush hush for the time being, but we’ll be keeping an eye out for it!