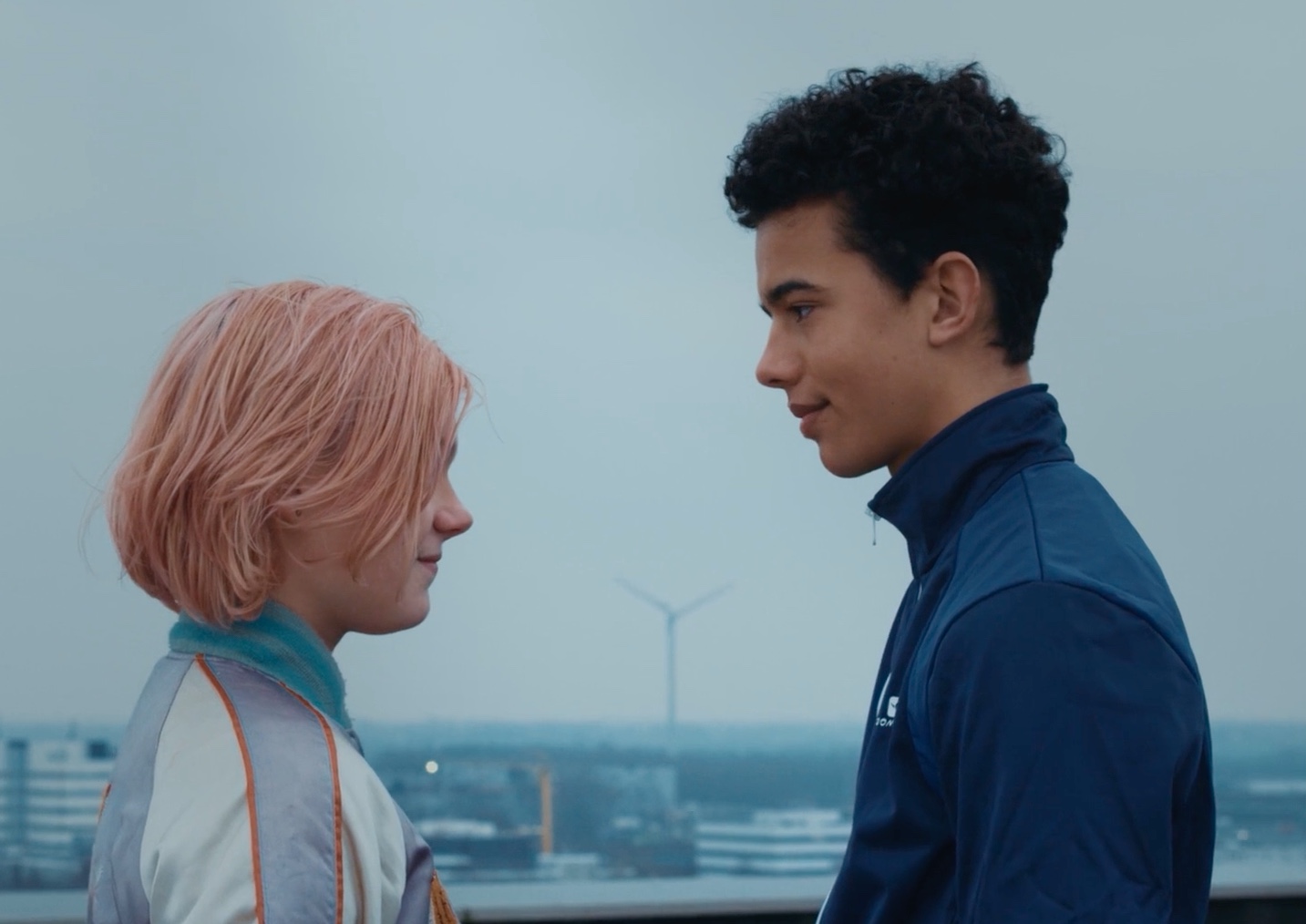 Love is like shit. It just happens. The two often come as a package deal too, a package filled to the rim with blissful happiness and gut wrenching suffering. For teenager Liv, who’s experiencing her first love at the same time as her biggest heartbreak, these conflicting emotions are multiplied tenfold and Zara Dwinger does a brilliant job of showing us just how shit it feels. Cue tantrums, pink hair and a whole load of misplaced anger – this is teen dramedy, in all its angsty glory!

Liv is a teenager who is experiencing some pretty major firsts – first boyfriend, first kiss, first love… Unfortunately they all come at the same time as her parents’ announcement that they are separating. Desperate, she tries to save their marriage and deal with her own relationship at the same time. Liv is a bittersweet comedy about love, life, and growing up when you’re perhaps not quite ready for it. It’s dramatic, hilarious and one of the most painfully authentic portrayals of teenage life I have seen in a while.

“I began to see everything for what it was. Love, for example, turned out to be a bit more complex than I thought”

I have been lucky enough not to know what it feels like to have your parents split up, but when it comes to heartbreaks, I could probably write a help guidebook on the subject. It would of course include spending hours alone in your room, listening to the most depressing/angry songs in your CD collection (Portishead were always my go-to band), as you construct various scenarios in your head, where the wretched boy realises how big of a dick he had been and comes begging for you to take him back.

Dwinger also took inspiration from her own experiences – “the film is inspired by the disappointment and confusion I encountered as an adolescent. The pink cloud of youth disappeared quite suddenly, and I began to see everything for what it was. Love, for example, turned out to be a bit more complex than I thought it was. I wanted to capture the feeling of this whirlwind of a period in a lighthearted way”, she explains. And she has certainly done that well.

I felt all the agonies of adolescence, seen through Liv’s eyes, with their overbearing weight and catastrophic consequences. From testing the boundaries of her own lustful desires, to facing her parents’ crumbling marriage. The anger, the denial, the rebellion, they all seem so achingly familiar, even more so because they are served with a good helping of humour on the side. Dwinger has accurately recreated the introspective holes and obsessions of adolescence whilst gently poking fun at it all. Watching Liv’s overly dramatic tantrums, you can’t help but feel a fond embarrassment and deep empathy for her, and therein lies the film’s undeniable emotional pull.