A 2018 Oscar nominee for Best Short Documentary. Edith and Eddie, ages 96 and 95, are America's oldest interracial newlyweds. Their love story is disrupted by a family feud that threatens to tear the couple apart.
READ REVIEW
Next Previous 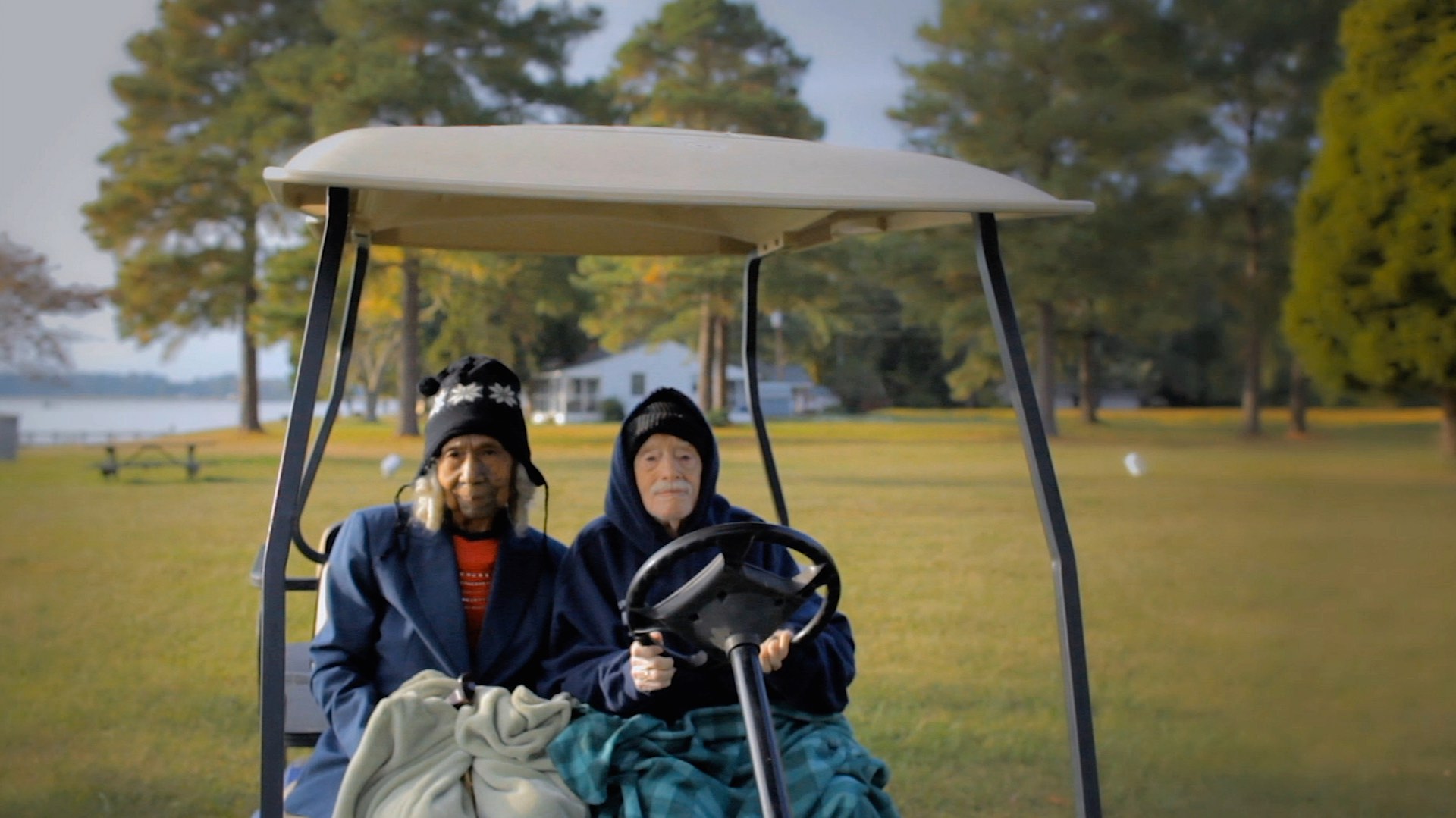 Initially, Edith+Eddie, a short documentary from Kartemquin Films (Hoop Dreams, The Interrupters), seems like a dose of concentrated cute—the kind of real life story designed to go viral on Facebook. Like kittens and babies, stories of elderly affection elicit deep “awwwws” from viewers, and at ages 95 and 96, Eddie and Edith’s story of finding love over a shared lottery ticket is immensely charming. The couple proceed to get married and the film spends extended time with the couple as the two engage in tranquil domesticity. The fact that Eddie is white and Edith is black is barely remarked upon, but adds an additional heart-warming element.

Then it falls apart. Edith has been diagnosed with mild dementia and is under the guardianship of her two daughters. One of them, Rebecca, is adamant about Edith and Eddie staying together, but the other, who does not participate in the film, is equally adamant about removing Edith from the home she shares with Eddie and moving her to a facility in Florida. Rebecca characterizes her sister’s motivations uncharitably—she’s after the house, she says. Since the sisters cannot agree, a third-party is appointed guardian over Edith, and with that her fate is wrested from her control.

The rapid shift of Edith+Eddie from a fluffy profile piece into an indignant issue doc, is smoothed by the capable direction of Laura Checkoway who deftly switches between modes throughout, and keeps the focus of the film on the couple. This is to the film’s benefit emotionally, but it has drawbacks as well. It maximizes the outrage we feel on the couple’s behalf, yet it is simplistic—we are not presented with an opportunity to learn of the daughter’s self-described motivations, nor are we privy to an accurate evaluation of Edith’s mental state. The scenes with Eddie are sweet, but ultimately inconclusive. The appointed guardian suggests that Edith is being manipulated into anger over the situation, and it’s not far-fetched. Certainly a 96 year-old woman living at a home that is not adequately retrofitted for elderly care is a hazardous situation.

While the film is designed to provoke, your feelings will largely depend on your deep-rooted principles regarding agency. When should the family and the state intervene to take that away? Edith+Eddie makes a compelling case that Edith is losing hers too soon, and that a system that does not seek to preserve individual autonomy for as long as possible is fundamentally flawed. But, in a quest to shine a light on this messy system that exerts control over the elderly and opens them up to an abuse of their liberty,  the film veers into one-sided agit-prop that elides a lot of gray. Nuance is not the friend of advocacy, and film team is invested in this fight—Thomas Lee Wright, who produced the film, has written a book called The Family Guide to Preventing Elder Abuse, and by framing Edith and Eddie’s story as a miscarriage of justice, they were able to add Cher as an executive producer to project. Cher is quoted in the press as saying, “They were truly in love. What happened to them is horrible–it’s elder abuse and it’s happening all over. We’re hopeful this film can make a difference.” Through lending her star-power to the film, the team was able to fuel and award-season run which has landed them a highly-coveted Oscar nomination.

Now, in the midst of an Oscar theatrical run (which starts today), the team has again chosen advocacy by taking the rare step of breaking the ShortsHD and Magnolia stranglehold on nominated shorts and taking the film to free online streaming through the digital magazine Topic. The website, backed by First Look Media (parent company of Field of Vision and The Intercept), has in short order become a major player in online streaming shorts—we recently highlighted The Rabbit Hunt, which was one of their releases. It seems clear that the team hopes that the publicity from its Oscar campaign, paired with an online release, will help spread the story of the film to greater audiences, and engage viewers with it’s activism. Supporting that quest, you can find resources on issues of elder care at the film’s website. Despite my reservations above, we’re more than happy to amplify this message, as the film is a powerful, and truly resonant love story. The winner of the prestigious International Documentary Association’s Award for Best Short, as well as the Jury prize at Palm Springs, the film is, despite it’s heart-wrenching developments, a true crowd-pleaser, and definitely worth a watch.