The downfall of a couple triggers the birth of a new love between two strangers.
READ REVIEW
Next Previous 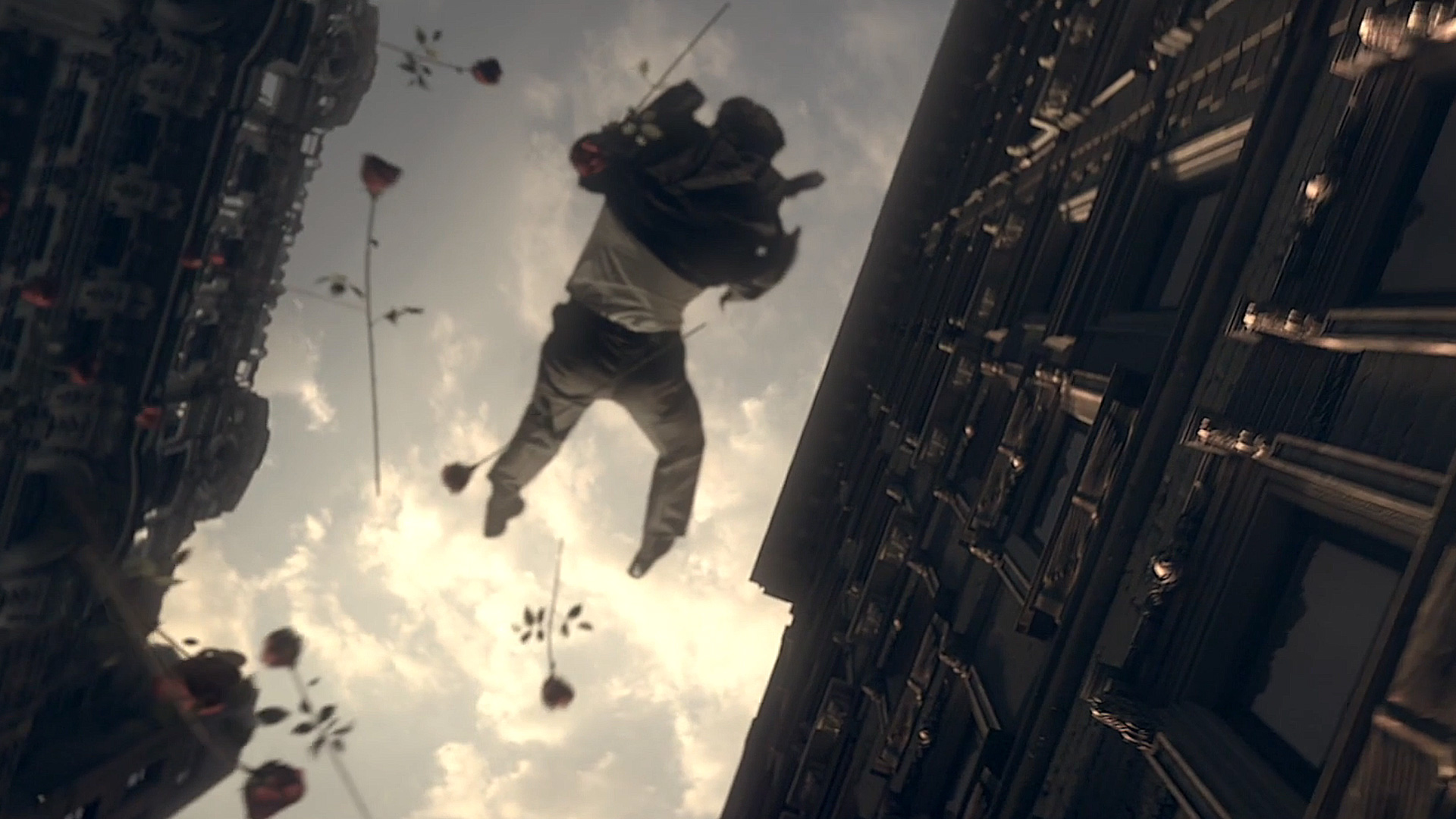 It’s hard not be impressed by a film like Happy Valentine’s Day. A visual fx showpiece from commercial directors (and brothers), Andrew and Remy Neymarc, it’s a sumptuous feast for the eyes—a sweeping single take “oner” told in slow-motion…backwards. In fact, it’s so stunning that it was able to get the directing duo representation from WME. And, now they are currently writing their first feature.

Happy Valentine’s Day is the kind of short that could only exist now, a product of the computer generated age. As the camera moves from set-piece to set-piece, rotating around city streets and soaring into the sky, it’s, undoubtedly, striking to watch. But, is its brilliance the result of great storytelling or just mind blowing CGI wizardry?

Honestly, I don’t really have an answer to that question. The cynic in me wants to rage against its CG glossiness. It’s beautifully crafted, no doubt, but that veneer also prevents it from feeling truly tangible. But, my optimistic side wants to champion its visual ingenuity and creative use of timing and structure to payoff its various reveals. Although the story is relatively thin with broad character tropes, it does manages to sweep you up emotionally.

At Short of the Week, our unofficial curatorial motto has always been “narrative first.” But, occasionally, we give into our lizard brain’s need for some much needed eye candy. Happy Valentine’s Day may not be deep. But, it’s the best cinematic frosting you could ask for. That might be a recipe for disaster if it were, say, a feature film. But, at five minutes, the sugar high of beautifully rendered wordless wonder lasts just long enough before a stomach ache has time to creep in.

Beyond that, though, the Neymarc brothers and their talented cast and crew should be commended for putting together such a technically difficult film using somewhat moderate resources. The entire film was shot in a small green screen studio space!

One of the film’s producer, Sarah Verstraete, relates to Short of the Week more about the technical process:

“Months of pre-production were spent calculating where the camera would start and end for each sequence to maximize the space and time we had on set so that the transitions would be seamless. Our transitions were made thanks to the completely virtual CG New York City street we modeled, textured and animated from scratch. We killed ourselves building that CG intersection over the course of six months, with only three artists. To properly integrate our real actors into this virtual environment, we custom-built a 360-degree green-screen ‘arena’ (see our ‘making-off’ video), which enabled us to control many aspects of the lighting and background. We knew it was going to be a tremendous technical challenge so we established all of the details down to the millimeter at the animatic stage during our pre-production.”

Happy Valentine’s Day went on to screen at Siggraph in LA and Amarcort in Italy. And, of course, it definitely turned the heads of more than a few Hollywood execs. We’re excited to see how the Neymarc brothers can translate their polished technical craft into bigger studio fare.