Lucia, Before and After

After traveling 200 miles, a young woman waits out Texas’s state-mandated 24-hour waiting period before her abortion can proceed, in this Sundance Grand Jury Prize winner.
READ REVIEW
Next Previous

Lucia, Before and After 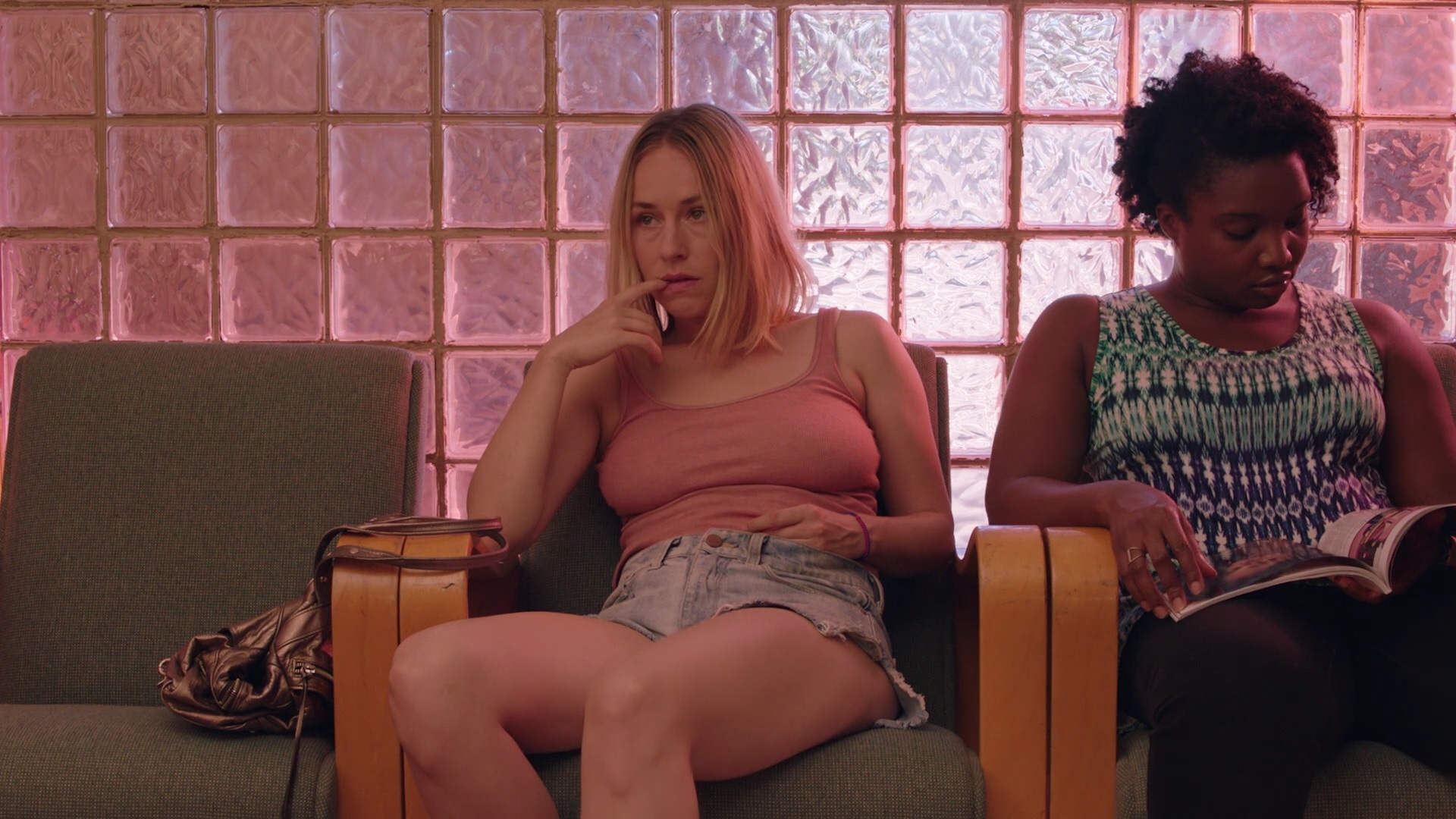 Last year’s winner of the Sundance Short Film Jury Award, Anu Valia’s Lucia, Before and After, tells the story of a young woman (Sarah Goldberg) who has to wait out a state-mandated 24-hour period before her abortion can proceed. Most of the heroine’s journey is only hinted at through vignettes of her experiences, which not only give us a glimpse into Lucia’s life, but also the social-economic background of her situation.

The fact that Lucia is getting an abortion is treated with a matter-of-factness that neither celebrates nor demonizes the choice. We only find out about her decision through a short conversation with the nurse who tells Lucia that she has to wait 24 hours before she can actually go ahead with the procedure. The framing of Lucia in the waiting room focuses on the seeming banality of the circumstances. Without someone to accompany her, the light touch of another patient’s elbow is the height of human affection Lucia experiences during this lonely waiting period.

With director Anu Valia’s decision to forego any moral judgment or invoke a larger emotional conflict, Lucia, Before and After has more in common with the new realism of filmmakers such as Kelly Reichardt (Wendy and Lucy) or Ramin Bahrani (Man Push Cart) than any “issue”-movie on the topic. The film is also reminiscent of American independent films of the 90s, but that might just correlate with my reaction to main actress Sarah Goldberg’s performance, who reminded me of a young Patricia Arquette.

Through Lucia’s experiences, the filmmaker shows us a world hopefully most of us won’t have to face ourselves and from which we might turn away if we were confronted by it. The thought of what it is like to actually avoid paying for dinner by running away from your bill or beg for accommodation (in a motel, nonetheless), because you simply can’t afford it, is hard to grasp. Lucia, Before and After lets us see what it’s like to be one of the downtrodden, neither patronizing nor glorifying the character and the world she finds herself in.

The film’s visual execution mixes a sparse aesthetic with carefully choreographed color-compositions, especially in the bar scene in the middle of the film. What’s even more interesting is the dramatic composition of Lucia, Before and After. The first and third act are almost identical in their structure, only in reversed order. Starting out with a scene of Lucia and her students at the school, the film proceeds into shots of her in the car, mouthing some song; followed by a scene in the abortion clinic and (after the discussion in the motel lobby) we get some kind of dance sequence intermezzo. In the third act, it’s the same chronology, only backwards.

So the question one could ask is what constitutes the ‘Before and After’ of the title? Even though the abortion is the thematic core of the story at the center of Lucia’s journey in the film’s narrative structure is not the procedure itself, but the hard realities of her life as part of the bottom third of society.

It’s worth noting for context that the film sparked discussion within the short film community this past year after its surprise Sundance win, as elements of the community seized upon Lucia, Before and After as an example of social issue filmmaking being praised above its artistic merits. Produced through Refinery29’s “Shatterbox Anthology” program for female filmmakers, feminist awareness was at it’s height at the 2017 event, as it was the location of a high-profile incarnation of the Women’s March. This year’s Sundance short film awards likewise showed that social political issues will continue to be at the forefront of the short film conversation in 2018 as all 3 of the narrative award winners touched upon issues of gender or race. However, while the film polarized our own team at S/W, with arguments that it didn’t provide much new insight into the issue of abortion access, to view the film through an “issue”-lens is largely to miss the point. The subtleties of its filmmaking and its affecting nature are of great value, and political conversation shouldn’t obscure what is a very fine film.