Christopher Walken has branched out from his very successful acting career to pursue his true passion, creating artisanal coffee beverages and pastries, but be warned his concoctions have more than just meets the eye.
READ REVIEW
Next Previous 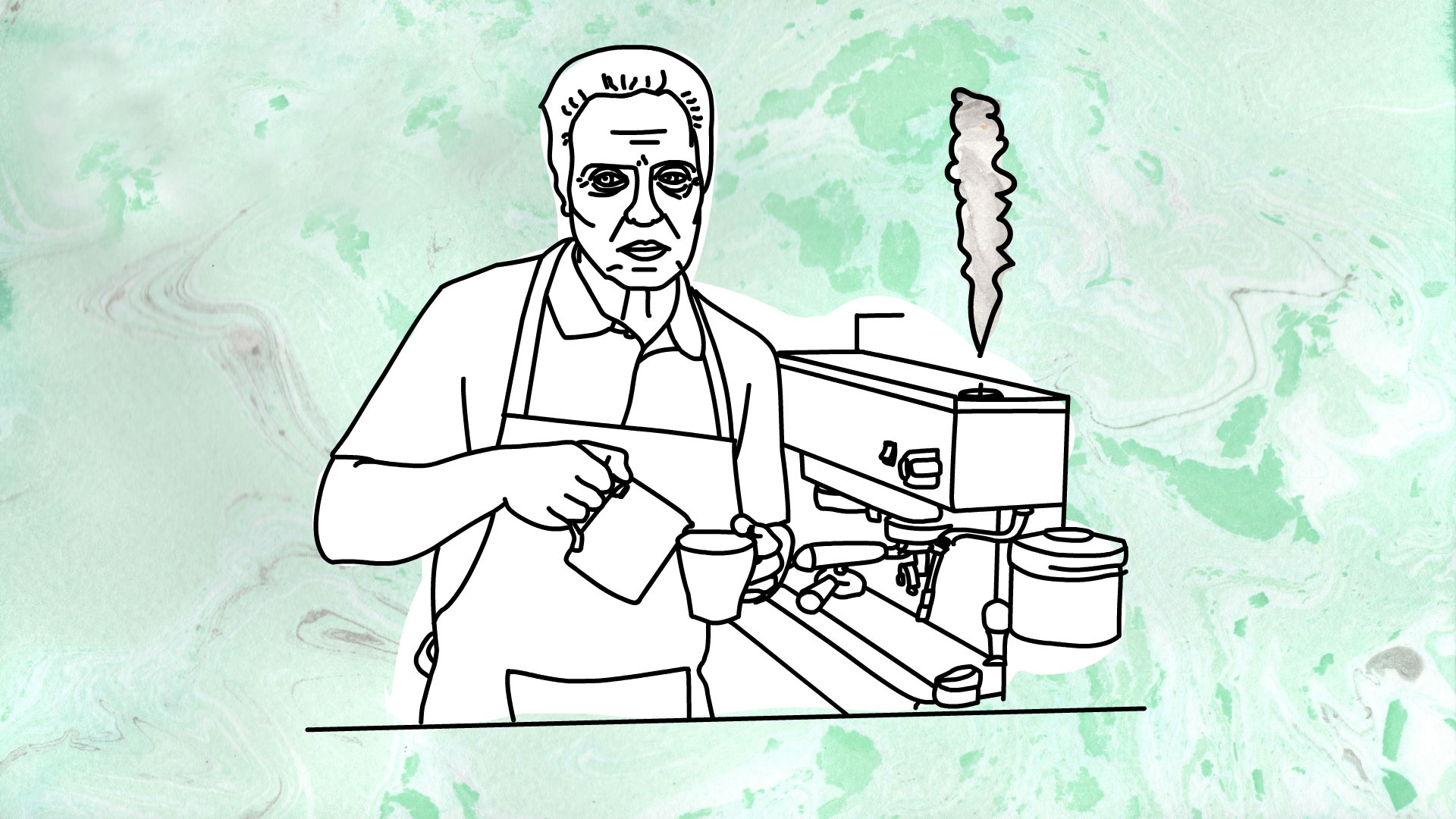 The problem with improv is that too often…well…it’s just not very good. There’s a lot of lame Second City yucksters out there who’ve watched Who’s Line too many times and have delusions of SNL grandeur. But, when it’s done right? It’s “Yes and” perfection.

To be upfront, we were somewhat hesitant in featuring Christopher Walken’s Coffee Shop, a short with an improvised soundtrack from animator Leah Dubuc. After all, it doesn’t feel like what is traditionally a “Short of the Week” film. It’s not story heavy—it’s essentially just a sketch—spur-of-the-moment comedic musings combined with imagery. But, screw it! It’s warped sense of humour just made our sleep-deprived minds giggle with delirious laughter.

What starts as an already ridiculous and smirk-inducing premise (Christopher Walken is a barista!) continues to evolve and evolve…and evolve, as it sinks deeper into a rabbit hole of dark hilarity.

This is all complemented by Dubuc’s simple—but kind of perfect— line art and watercolor backgrounds. Dubuc animated the film using a combination of digital and analog techniques. The line art was created with Adobe Animate and the backgrounds were crafted using the technique of marbling paper, wherein pigment is floated on the surface of water, and then a pre-treated paper is rested on top of it.

Is Walken deep? Is it impeccably polished? No. But, it’s one of the most enjoyable things you’ll view on the internet today, I guarantee it. Plus, you know, it’s FAIR TRADE!

Dubuc is currently hard at work developing an adult animated comedy for women with her creative partner Jamie Jo that we hopefully see by the end of 2018.