From Sundance winner to Golden Globe-nominated TV Series, a young single mother struggles to balance her old life of freedom with her new one as mom. It all comes to a head during one particular nap-time when Bridgette invites an old friend over for a visit.
READ REVIEW
Next Previous 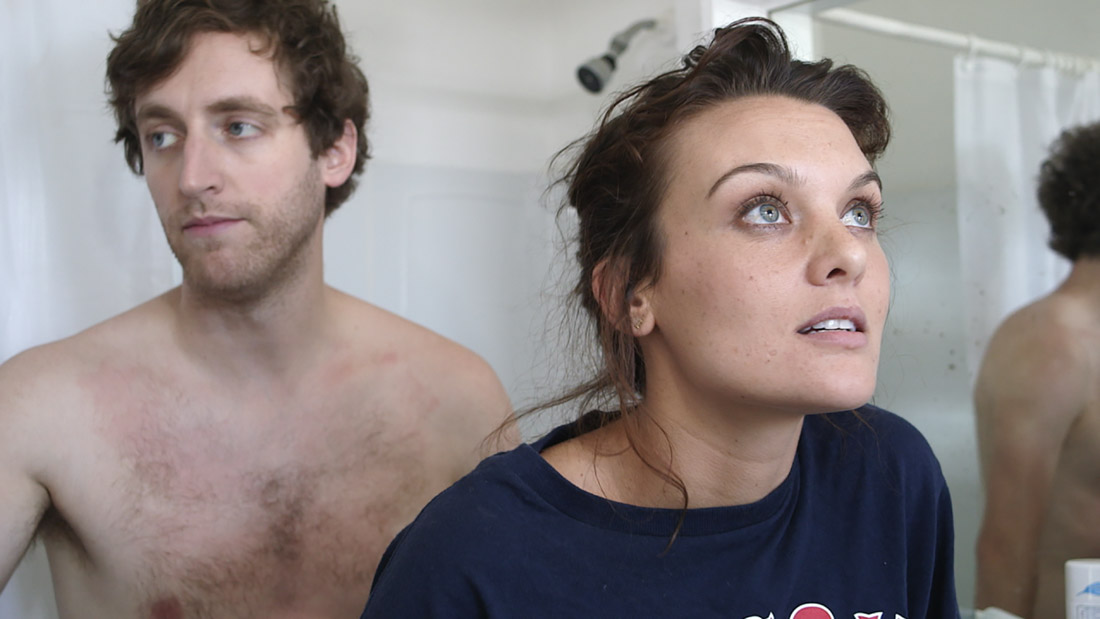 People go film festivals to discover the next new “thing”, and that sense of prospecting goes double for shorts screenings. It’s rare, but when the feeling hits, it’s potent. When I first saw SMILF there was a palpable sense in the room that we were watching a promising new talent blossom in front of us. The jury at Sundance agreed—the short received the 2015 Jury Prize for U.S. Fiction, and now, with the recent conclusion of SMILF’s first season of television, and a Golden Globe nomination to its credit,  it’s a pleasure to add a new entry to the canon of short film success stories.

The 8min short focuses on writer/director/star Frankie Shaw as Bridgette Bird, a single mom of a young son. After being alarmed by an online article detailing how the bodies of new moms change, she hits up Dan (Thomas Middleditch), an old romantic partner, and propositions him into sex. She needs someone with experience of her former self to let her know if she’s changed, to see if her “vagina has been blown out”, and Dan fits the bill. That the encounter is awkward is a given, but what isn’t is how Shaw, in a natural way, through sharp dialogue and thoughtful direction, builds an engaging character—a woman struggling with her self-image, fiercely maternal, yet barely hanging on, as she finds her sense of self dissolving into the demands of motherhood.

I knew from that day in the theater that Frankie Shaw, and this character, Bridgette, deserved a shot at an expanded canvas, and was pleased by the trade news as it trickled out that Showtime was interested in bringing it to TV. What I didn’t know, and which I learned from a recent interview of Shaw by Collin Souter for Rogerebert.com, is that a TV series was always the plan, and that the short was in fact a scene from Shaw’s pilot script. The short was a proof-of-concept no different than some of our VFX-laden sci-fi selections!

The plan was an excellent one. From that initial Sundance breakthrough, a steady march of good news followed as Shaw successfully leapt hurdle after hurdle: Showtime picked the film up for development as a TV-series, a little over a year later, a pilot was ordered. 9 months after that it was approved to series, and a month ago, halfway through a critically acclaimed first season, the show was renewed for season 2.

What was so clear at the time about SMILF and its potential? Looking back at the short now, and trying to reverse-engineer its success, it’s clear that it helped that Shaw, in humorously adapting aspects of her own life as a single mom, was playing in the same kind of awkward, semi-autobiographical sandbox that FX’s Louie had turned fashionable, and which eventually lead to Pamela Adlon’s similarly acclaimed Better Things. It also helped that Shaw was not exactly a “new” thing herself, but a face familiar to many from minor roles in TV and film for a decade, and would shortly come to have a prominent role in season 1 of USA’s buzzy breakout show Mr. Robot. It helped that it starred Thomas Middleditch, in the midst of his own rise to prominence via a starring role in HBO’s Silicon Valley, a rise which has now culminated in his status as Verizon spokesperson (kidding!).

But, more than any of those factors, is the work itself. The short does what shorts are often best at doing—playing out a familiar scenario, but breathing new life into them via a different perspective. We’re used to awkward sex, we’re used to single mothers making it work, but we’ve not seen it from a character like Bridgette—cool, DTF, and frank with her sexuality, but nakedly vulnerable all the same. Shaw’s is a distinct voice, unmistakably fresh as she mashes up modes. The short is wickedly funny in spots, but is not strictly a comedy, it earns genuine pathos, but doesn’t hunt for it. Great shorts can be fluid in this way, which is harder in longer formats, and indeed of the few criticisms of the TV show, the most common is that it has too many ideas and can’t decide what kind of show it wants to be.

Moreover, because it is coming from Shaw, and is tied to her own experience, there is a refreshing lack of paternalism. Bridgette is economically insecure, but it isn’t a film about that. She has body issues, but it isn’t about that. There isn’t any condescension from the filmmaker that we often find in films about single motherhood. You’re free to pity Bridgette, but she is not portrayed as pitiable. It is via stories like these that the academic debates we have over representation in entertainment become tangible. It’s impossible to imagine SMILF coming from a man, and we’re better off for having it. The short arrived in 2015 at the tipping point of a resurgent feminism (one that Shaw happily subscribes to) and we saw this movement, long in the making, become a bomb that rocked the entertainment industry in 2017. In the midst of contrarian talk about what we’re losing by exiling bad, but talented men, and pushing for increased diversity, it’s nice to be able to point to what is being gained as well.