At the cruel and competitive Auburn Academy, a father must stand up for his outcast son.
READ REVIEW
Next Previous 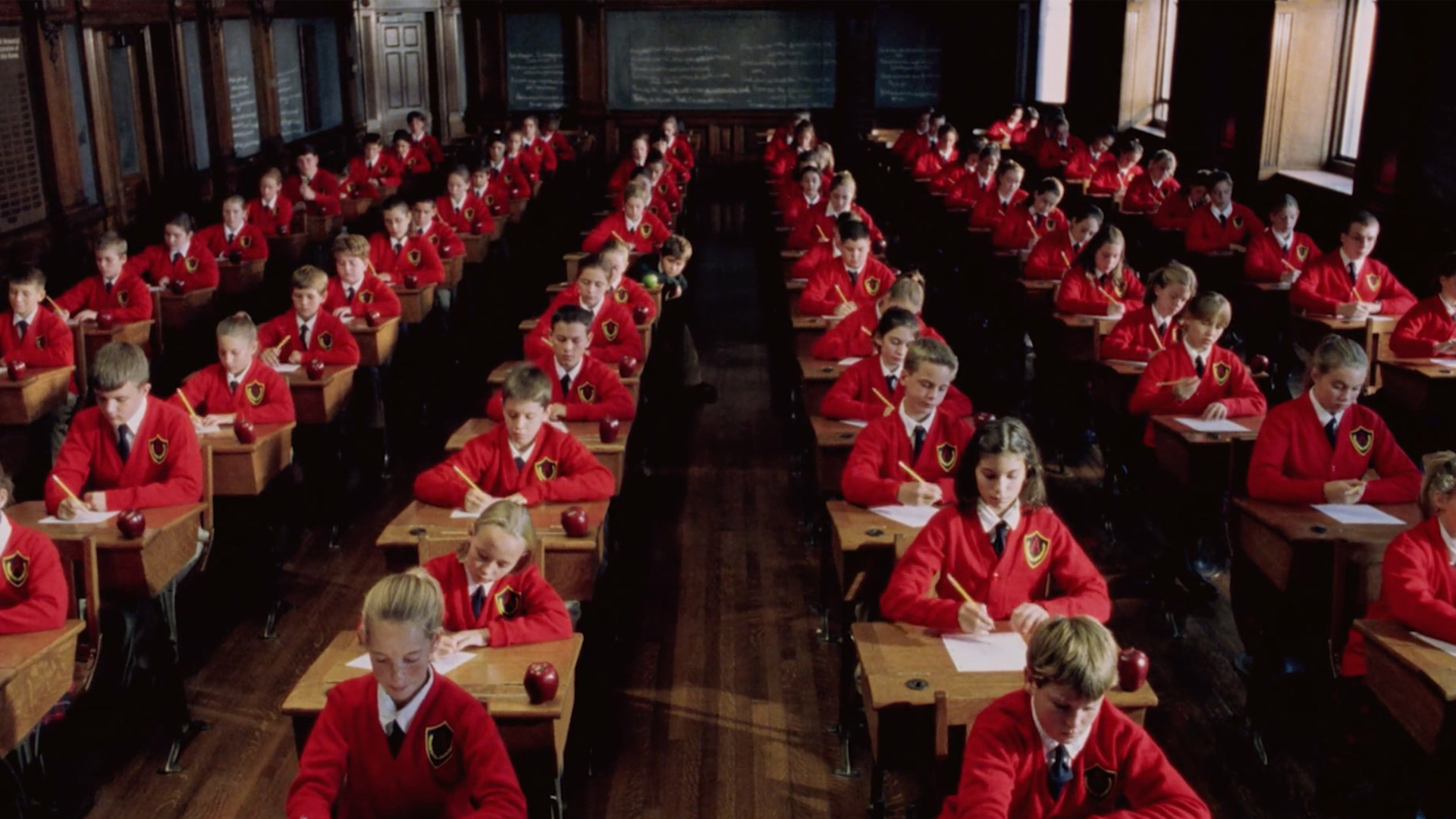 With its meticulous production design and over-the-top style (not to mention its upper class prep school setting), The Perfect Gooseys from writer/director Andrew Mudge feels very much like a PG rated Rushmore. In curating for this site for the past 5 years, I’ve discovered that it’s actually really hard to find good “family friendly” live action shorts online. Most are often far too cutesy and syrupy sweet. So, Gooseys, despite being an older film (it was completed in 2002), is a rare bird indeed.

Now, yes, I will admit, Gooseys is sentimental. But, it’s sentimental in a way that feels honest, not vomit-inducing. Beyond that, it’s peppered with terrific sight gags and and some truly impressive production elements. I mean, check out that central location and the awesome art direction! I was very much reminded of the short film work of The Brothers Byrne (Brudder Films). Let’s just say I’m a sucker for a well-dressed set.

Gooseys’ plot isn’t complex, but it does evolve in a compelling way. Moreover, it manages to avoid straying into over-sentimentality by keeping dialogue minimal. It’s a film that largely works because the actors have such compelling expressions. The janitor/father of the titular Goosey has a face more powerful than a thousand monologues. It’s tough to make something so affecting without words, and director Mudge really nails it here.

“I saw myself staring at a ‘My Child is an Honor Student’ bumper sticker. I knew there had to be a good short film in there.” – Director. Andrew Mudge

Shot in classic 35mm, The Perfect Gooseys was completed before the online short film explosion. However, due to distribution deals and the like, it is only just now finding its way online. And, for the first time, in high definition! Let’s hope it finally gets the audience it deserves.