There are over 150 white-painted bicycles chained up throughout New York City. Each bike represents a cyclist killed on the city streets. This is the story of a man who puts up the the ghost bikes - who remembers these fallen cyclists when everyone else seems to have forgotten them.
READ REVIEW
Next Previous 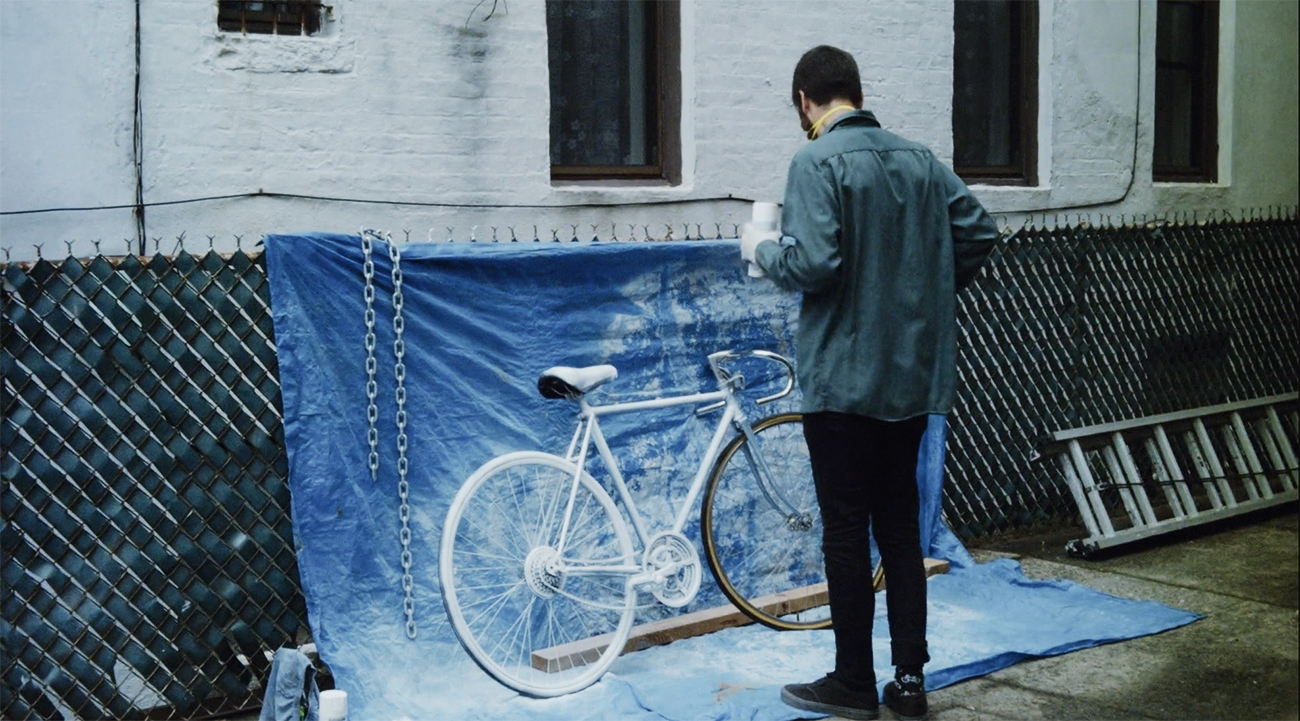 A
s New Yorkers, we become numb to the overly saturated chaos of the city landscape. Between the larger than life billboards, bedazzling neon signs, and the constant myriad of noises, it’s easy to miss the muted white bicycles that appear like ghosts around the city. Once pointed out however, you notice their ubiquity—on street corners, alongside alleys, and down the busiest of streets. Yet, unless you look carefully and take the time to pause — s
omething most city dwellers are loathe to do — you will miss their solemn and macabre meaning as memorials. If you are a cyclist, ghosts bikes are distressingly common, but serve as powerful reminders to stay safe on the road.

Documentary filmmaker Ethan Brooks draws our attention to those white, spray painted murals in a film that sheds light on the bittersweet memorials of fellow cyclists who have fallen and to one of the volunteers that helps create them in Ghost Bikes.

No matter how comfortable you are on the road, or absorbed in your own thoughts, a ghost bike snaps you back to reality and reminds you to be alert. – Ethan Brooks

Brooks’ short documentary not only highlights what ghost bikes are, but also what it means to fellow cyclists, being one himself. In a film that can be summed up as one man’s introspection as he not only creates and maintains them, you can’t help but feel a powerful sense of empathy for the film’s lead, Mizra, as he recounts his very intimate connection to the memorials. As Brooks cinematically tells Mizra’s story, you’ll suddenly realize that for some people, forgetting isn’t an option, letting go will never happen, and love doesn’t stop after death.

So while Ghost Bikes is a documentary of its name, it’s also the saddest short love story you’ll ever hear.