You know when you go to the mall and get your picture taken with Santa? Filmmaker Mike Plante's family took those Polaroids. It was their job.
READ REVIEW
Next Previous 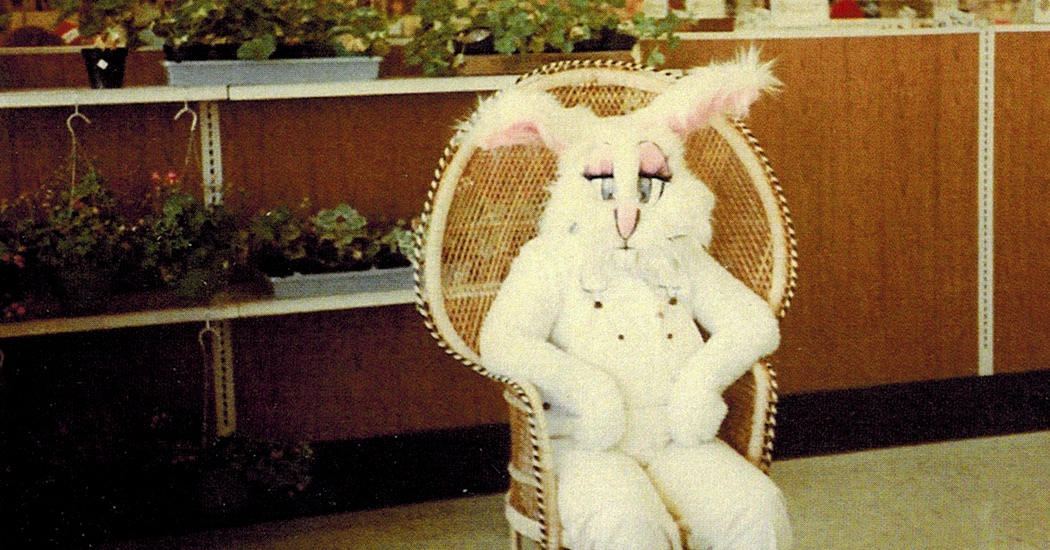 Holiday season is here, time to dust off the old photo albums and dive into nostalgia. Now you might know Mike Plante, Senior Programmer at the Sundance Film Festival, as the Santa delivering you the good news that your film made it into the official selection. This time however he is wearing a filmmaker’s cap, and invites us into his living room to share recently dug out polaroid pictures showing the Plante family playing Santa in an altogether different context. The Polaroid Job is a personal archive documentary, and via witty, deadpan narration, it warmly recalls 1980’s small town America, creating an incredibly simple, but very affecting and relatable family story.

As a child, Plante lived in a surreal house full of masks and costumes. Fun! His parents owned a Polaroid camera and would set up at events such as store openings or holiday themed events, dressing up and taking pictures for paying customers. Of course plenty were kept for themselves, and from Office Werewolf to the Easter Bunny, Mike has pictures with all of them. It’s a weird business for a family to have, and in an essay Plante wrote about the film for the New York Times, he reveals that it was only recently that it hit him how truly unusual it was. Perhaps in retrospect this experience in dressing up and entertaining people is what drew him to filmmaking?

His narration of the pictures in the film doesn’t dwell on such epiphanies however. The film has very lo-fi production values, it is basically a slideshow narrated by Plante himself—after all, who better to recount this personal story? Images are presented in a manner-of-fact way, yet as a whole its intimacy, combined with the unusual subject and purposefully minimalist presentation, manage to entertain. This choice of storytelling perfectly recreates the atmosphere of a family flipping through an old album together, with much of the same appeal.

Tonally, Plante conveys the hilarity of some situations, but does not leave out the not-so-glamorous parts. Hardly a thriving business, he ruminates on the struggles inherent in the enterprise, while celebrating the creativity. Fundamentally personal, the film’s neatest trick however is to strike a connection to deeply held American values of service and community, turning the film into elegiac love-letter to a bygone era of scrappy, local entrepreneurship. The intimate details he shares are compelling in and of themselves, and turn a novel subject into a poignant one, but the film becomes truly special when connecting his personal family story to larger themes.

While his programming career has made him a fixture of the American independent scene and has overshadowed his filmmaking, Plante has had long creative career, most recently writing and producing the feature-length documentary Giuseppe Makes a Movie. The Polaroid Job screened a handful of prestigious festivals, picking up Best Short Documentary at Oak Cliff before its online premiere as a New York Times Op-Doc. Next up for Plante is another documentary, as he is working on a feature-length film exploring the legacy of Wyatt Earp.