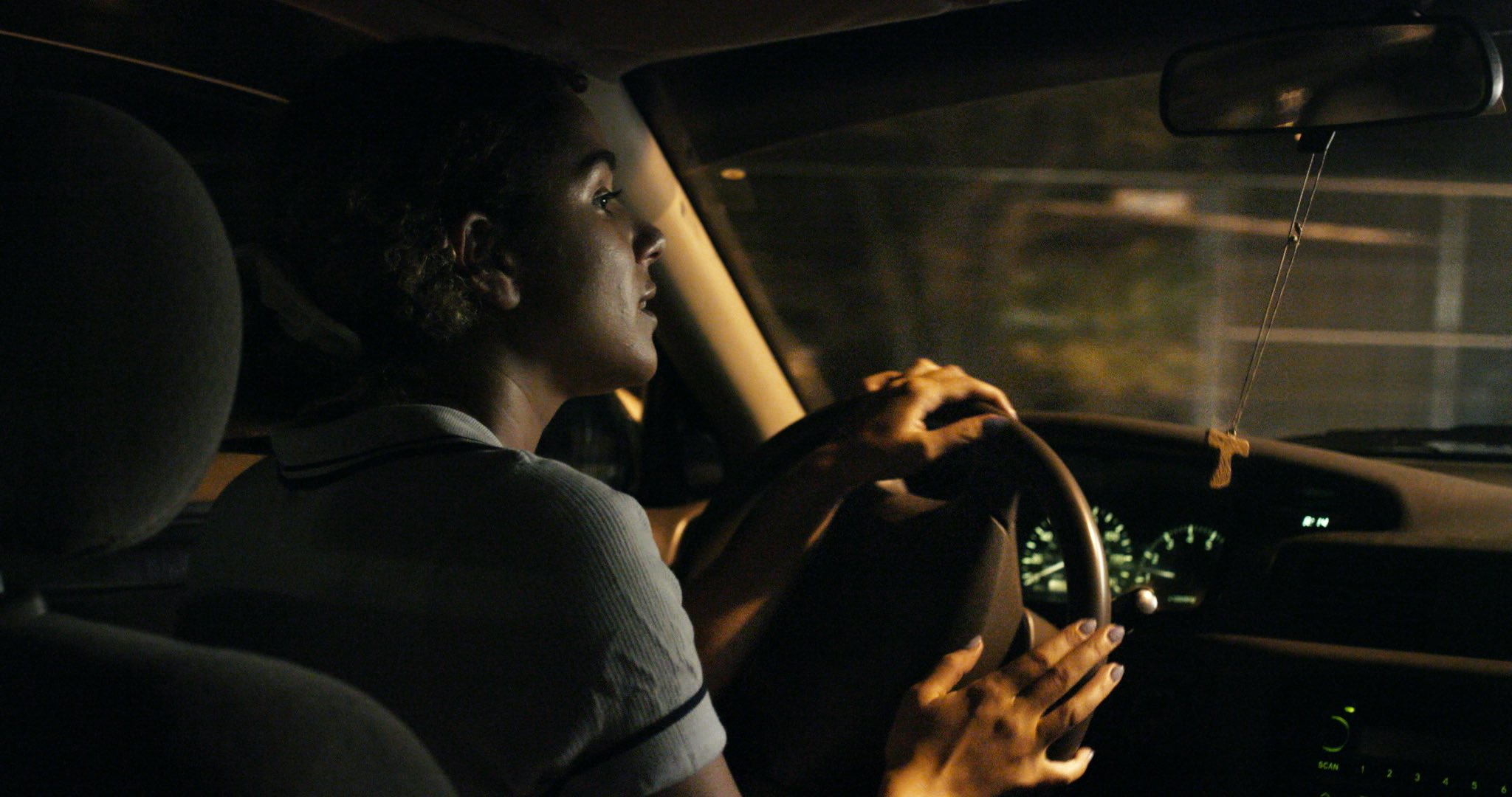 Horror about Identity in Live-Action
Directed By Matthew Goodhue
Produced By Mr. Griever Films
Made In USA

Looking to take it’s audience on a “weird car ride”, Matthew Goodhue’s short film/music video (for the song Dames by American Tomahawk) hybrid Dames is an unusual blend of comedy and horror, reminiscent of Jemaine Clement and Taika Waititi’s What We Do in the Shadows.

Consisting of just five shots, all filmed within (or attached to) a car, director Goodhue came up with his inventive approach when trying to think of ways to include his audience within the narrative.

“We really liked the idea of allowing a story to unfold as if the viewer was stuck in the backseat, nowhere to go”, Goodhue revels. “To keep the story and our shots moving, we decided on mounting the camera to certain areas of the car – this allowed us to have frames where certain actions are visible, while other actions fall out of the frame or happen behind the camera, leaving certain characters, and the audience, unsure of what waits behind them.”

With the music video elements of Dames subtly done – the American Tomahawk track plays on the car radio only at certain points in the film and often quite subdued – the contrast between the film’s scenario and the tone/mood of the track makes for an interesting juxtaposition. “With the song and story happening simultaneously, we wanted to create a strange tone that was kind of uncomfortable but entertaining to watch”, Goodhue explains.

Now working on a script for new short with Adam Halferty (the vampire in Dames), Matthew also has a music video coming out soon for the Australian band, Sugar Teeth.