Pee. Wait. Panic. Steph is in a happy, long-term relationship, but now she might be pregnant she has no idea what she wants.
READ REVIEW
Next Previous 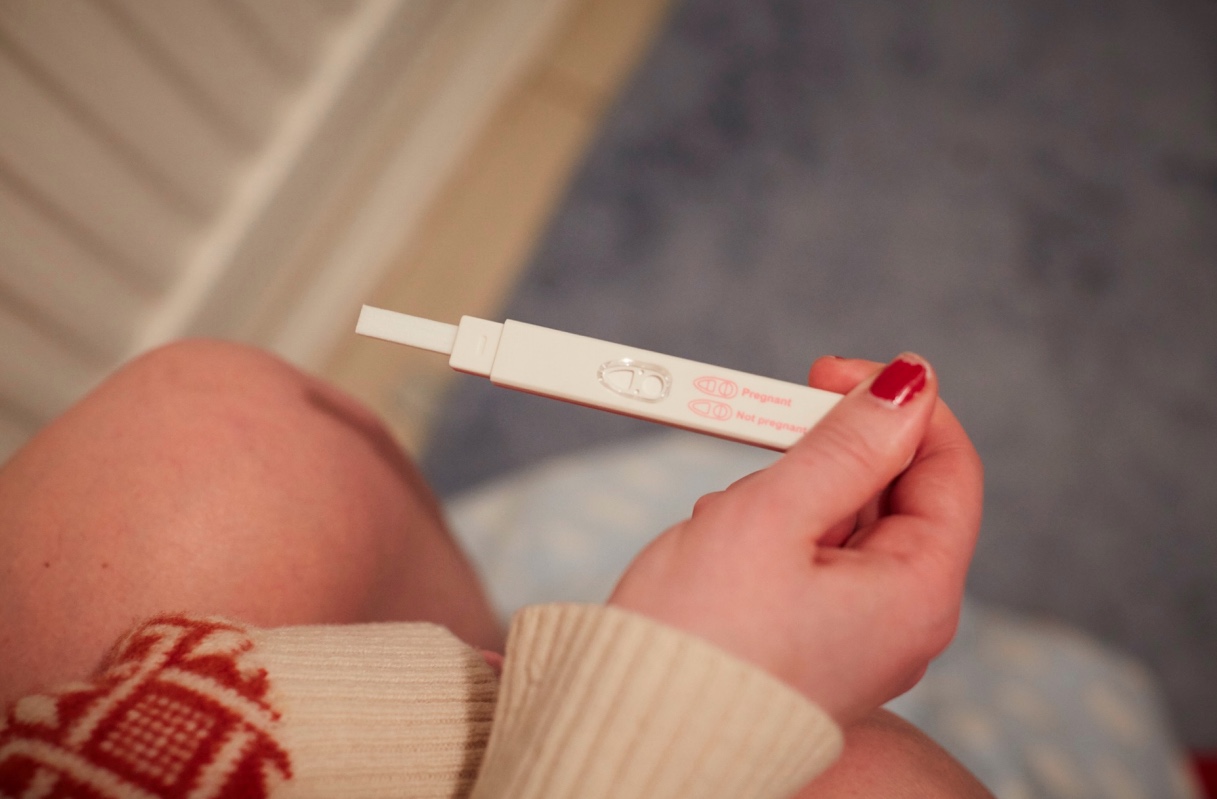 Inspired to create a comedy centred around the stereotypes surrounding women’s feelings towards pregnancy and motherhood, Alice Seabright’s 12-minute short Pregnant Pause invites its audience to spend an evening with Steph, who at the prospect of an unplanned pregnancy spends her time running away from a pee-covered stick.

Funded by Film London, long-listed for a BAFTA and screened at some of the biggest festivals in the UK, Seabright’s instantly likeable character piece is a relatable, charming film which the director hopes will “make an audience laugh and feel engaged”.

Admitting she wanted to look at reversing the perception that “men are usually portrayed as commitment-phobes, and women as nurturing caregivers”, Seabright reveals Pregnant Pause originally started with idea of a “girl who refuses to look at the result on the pregnancy test which she is so terrified of”.

When my partner discovered she was pregnant with our first child, she revealed the news in fridge magnet letters left on a whiteboard in my office and pretty much left me to digest the somewhat unexpected revelation alone. Over five years later it’s easily turned out to be the (joint) best news I’ve received in my life, but I still remember the overwhelming feeling of ‘oh shit…this is really happening’.

And whilst it’s usually the man in this situation portrayed as the one most likely to make a run for it, it’s refreshing to see things switched around and instead we see the woman as the one fleeing some potentially life-changing news. It makes for a refreshing twist, but more importantly, Seabright always makes sure ALL her characters are accessible and rounded and never makes her audience feel “judgy” – which is important for both the comedy and drama angle of her film.

Although unplanned pregnancy might not be the most obvious starting point for a comedy, with Pregnant Pause the director has created a film which expertly balances thought-provoking drama and grin-inducing humour and most importantly – feels real and relatable.

Having just shot a new tragicomedy short about a sex education teacher with producer Anna Hargreaves, Alice is also developing a TV series titled Give Me Shelter (a comedy drama set in a homeless shelter) and a feature film Out of Mind (a relationship drama set in a near future world).