I Turn to Jello

A metropolitan nightmare unfurls as a nervous cellist cracks under pressure at an audition—again, and again, and . . .
READ REVIEW
Next Previous

I Turn to Jello 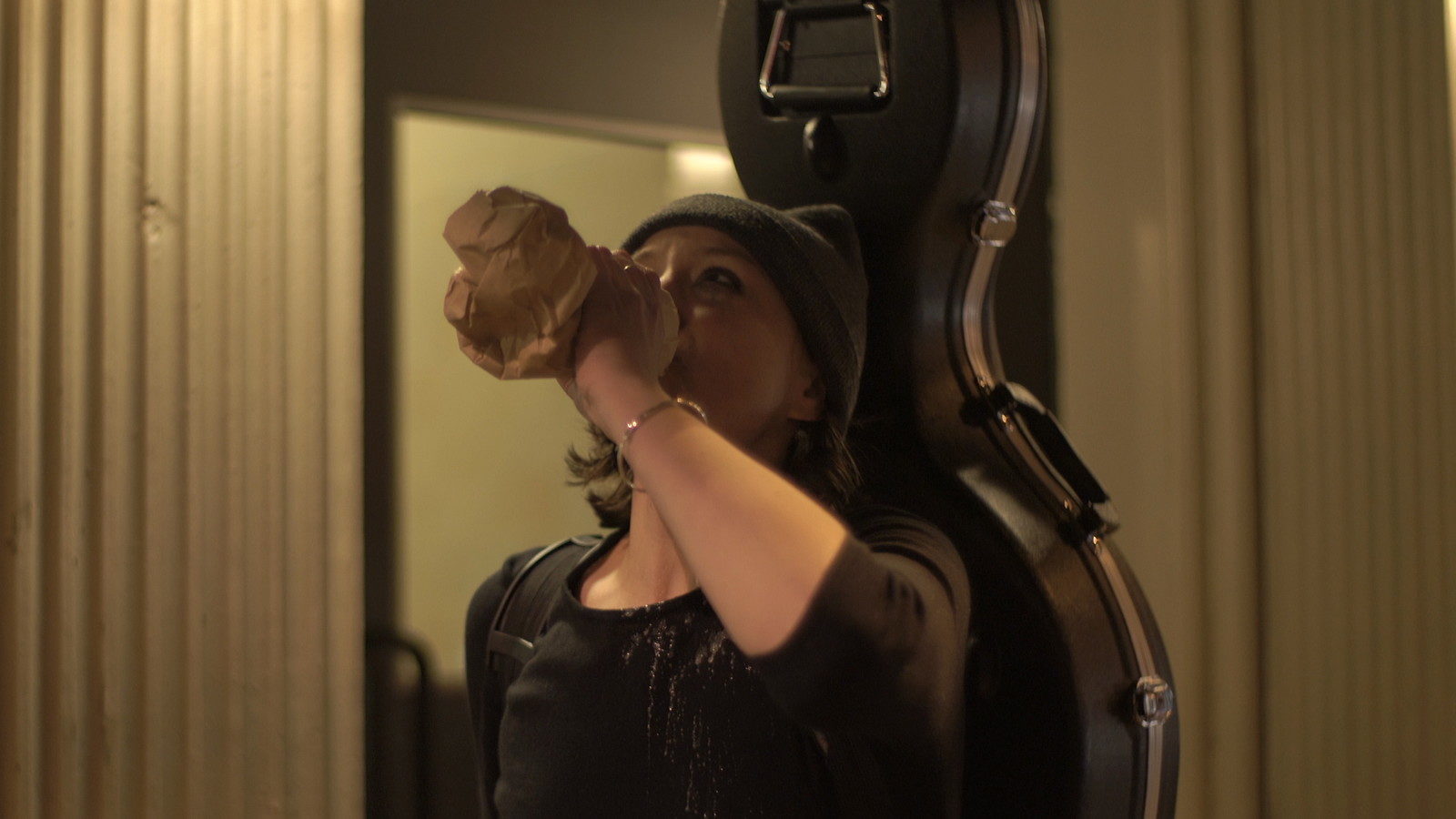 Dramedy about Losing It in Live-Action
Directed By Andrew T. Betzer
Produced By Cineric &
Made In USA

An enigmatic musician-turned-actor once told me about a deer that got stuck in his fenced-in garden. It had no problem jumping into the enclosure, but once the deer filled up on vegetables, it struggled to jump out. The deer tried repeatedly to escape this cage, ramming its head against the enclosure, but in the end, well, let us just say that destiny was not kind to the deer. In Andrew Betzer’s I Turn to Jello, a talented cellist desperately wants the gig, but when she gets in the audition room, she is faced with the blank, unmoving stares of some pretentious, uncaring gatekeepers. Her fingers turn to jello and she self-destructs, over and over and over again.

The film starts with the anxious rush of a New York commute, filmed guerilla-style in the midst of a busy subway station. The image of musician-with-cello dominates the frame, and it is in this moment that we are introduced to the sense of velocity that runs throughout the rest of the film. In and out of the subway, Jello the cellist is dwarfed by her instrument, which hangs on her person like an albatross as she navigates through a sea of people, and at every turn, she is challenged by some kind of inconvenience.

Betzer’s film is an accurate description of a creative career and the burdens that come along with it. As he writes in his launch guide, “In the lobby of the building I work in, I witnessed a woman standing in the corner crying. She had a cello on her back. This passing sight was burned into my memory. It became the basis for a character study of a beleaguered artist who is perhaps driven to the point of delusion by the pressures of performance. Personal experience, I guess.”

The film is brought to life by Eleanore Pienta, who is equal parts heartbreaking and hilarious as Jello. It’s like she’s at war with the two men running her audition, and her weapon is resiliency. In between audition attempts, she talks to a mysterious, unheard person on the other end of her iPhone, and the back-and-forth of the auditions and the phone calls reaches a crescendo of embarrassment. The film is littered with great visual moments from Eleanore, who runs around New York in a frenzied state of chaos, and I look forward to seeing more of her in future films.

In many ways, I Turn to Jello is a strange and difficult film, but it is undeniably captivating, and the film’s tone is strong and enigmatic. At the end of the film, we are left with more questions than answers, and the secret of this film may locked in the main character’s iPhone forever. But I think it will feel familiar to anyone who has ever been frustrated with the catch 22 of a creative career, and the people who decide who gets let into the club and who gets left outside in the cold.