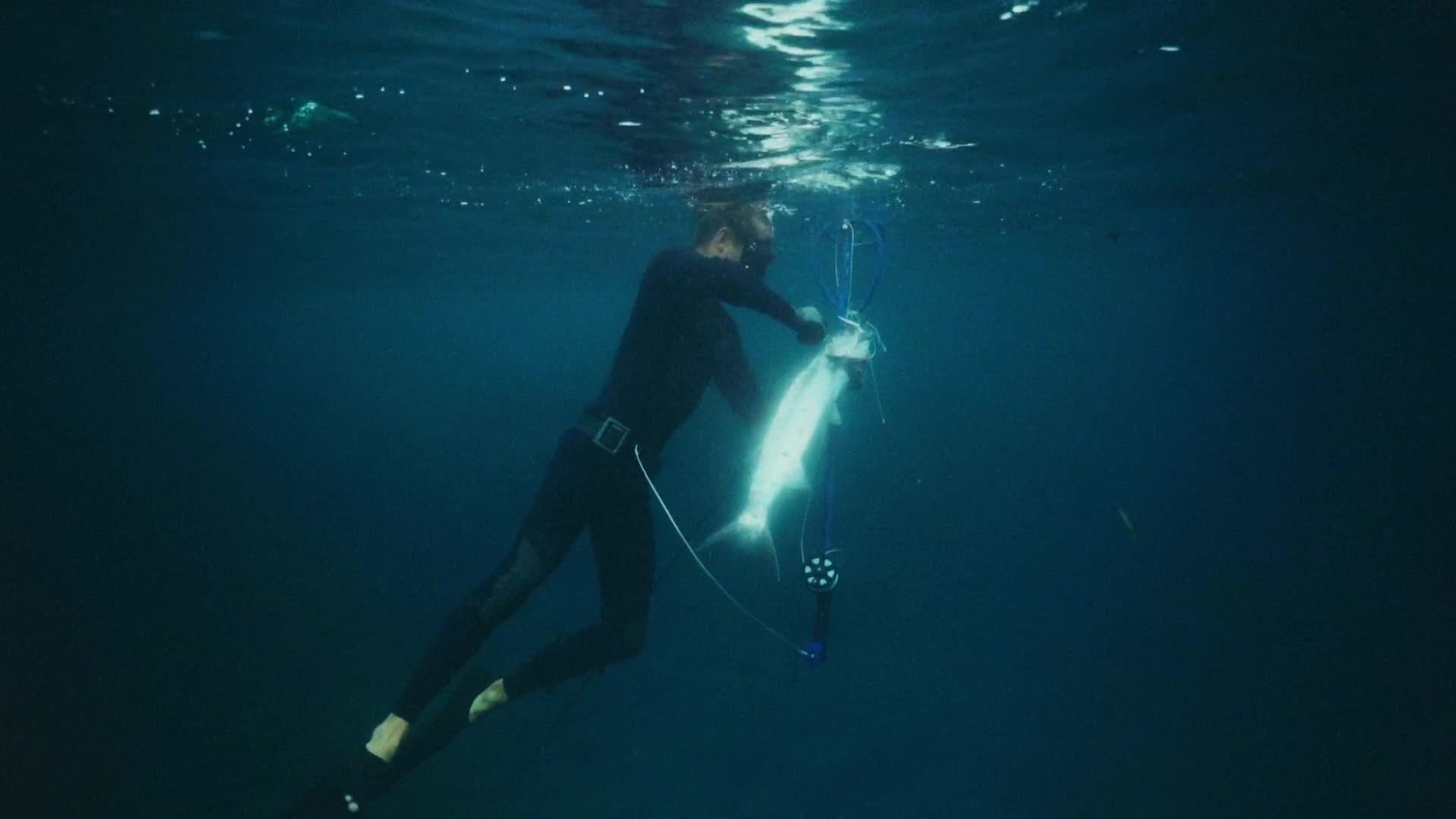 After a five minute Skype call with sailor Tassio Azambuja, director Will Mayer booked a plane ticket to Panama and set out to document the life of a stranger. After journeying through the jungle on a series of 4×4 vehicles and taking a fisherman’s boat to an island where Tassio said he would be, Will found himself face to face with a person worth documenting. Thankfully, Tassio had not sailed away, and Will joined him on his boat to film Sea Pilgrim, an ethereal and meditative documentary about a solo sailor’s life at sea.

The most noticeable aspect of Sea Pilgrim is the way it pairs near-silence with descriptive and evocative visuals of Tassio’s life at sea. There is no dialogue in the first several minutes of this film, and we are forced to experience Tassio’s life as he does–through the sights and sounds of the open water. This kind of storytelling is risky (it is easy to bore an audience to death), but Mayer’s film captivated me with its viewpoint and message. it is a slow, philosophically rich investigation of a way of life we don’t see too much. As Mayer says in correspondence with S/W, “[the film is] not meant to be easy,” and it’s clear that the difficulty of this film is what makes it such a valuable, enriching watch. In some ways, it feels like a defiant act of silence in the middle of a loudness competition.

The most breathtaking places on earth are often incredibly difficult to get to, and Mayer does a magnificent job of taking us away from civilization and into the unpredictable, unknowable world of life at sea. Watching Tassio hunt for his dinner and prepare for inclement weather makes you feel like you’re out there in the ocean on a sailboat, and there’s a certain sense of intimacy on display that you don’t always get with biopics. Mayer’s father spent most of his life competing in hazardous open ocean sailing races, and his own personal angle infuses the film with a certain authenticity and knowledge about sailing.. As Mayer writes in a statement, “There was something about the stripping away of all the decorative pleasures I had grown to love that drew me back to it […] In Tassio I saw myself, my father, and every man who set off in search of something more powerful than himself. I wanted this film to exist as a quiet meditation on the silence and introspection found at sea.”

In the first few minutes, there’s a shot of a quote on the wall of Tassio’s boat. It reads, “The sea is for sailing. Strenuousness is the immortal path and sloth is the way of death”. It only appears on the screen for a few seconds, but in some ways, this mantra steers the film. By highlighting the isolation, peace, and chaos of life at sea, Mayer places focus on a way of life that may have more in common with our ancestors than with us, and though there’s nothing easy about a film with little dialogue, it is refreshing to not be told how to think by a voiceover.

Will Mayer is currently in post-production on a documentary following snowboarder Shaun White as he goes into his last Olympics. Tassio is out there somewhere, sailing the world. You can learn more about him on his website.