Set at sea, runaway lovers find themselves in the eye of a storm, where childbirth, death and superstition are challenged by the power of love.
READ REVIEW
Next Previous 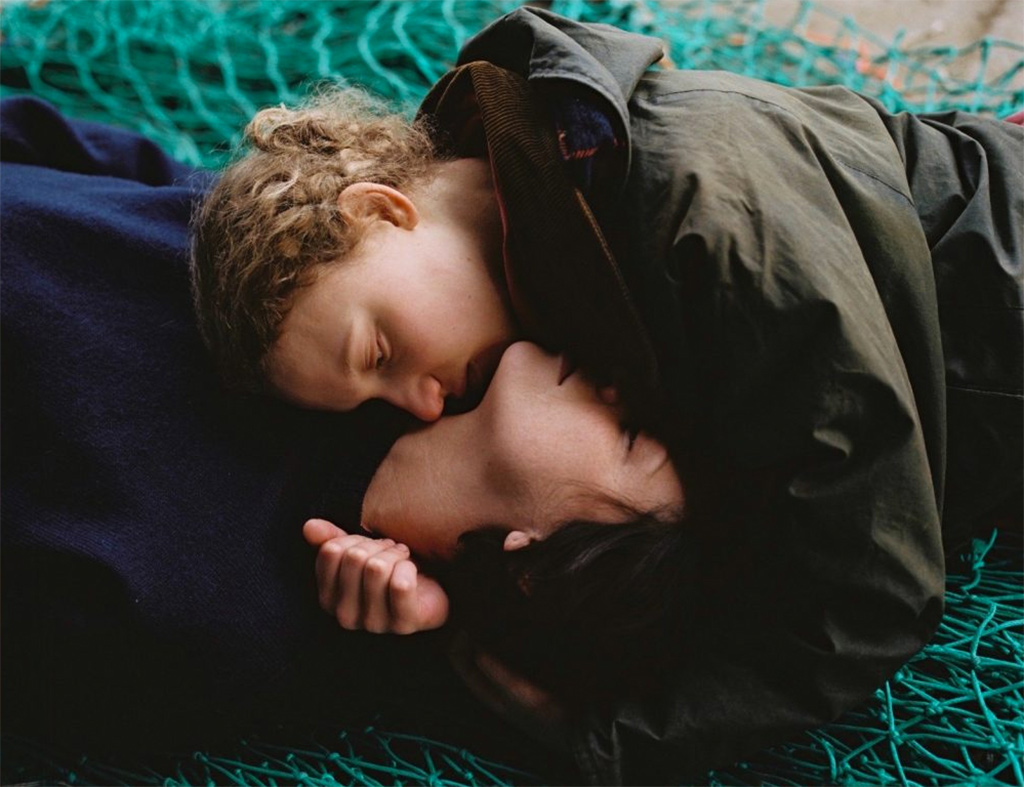 A beautiful, yet harrowing short as turbulent as the seas on which it is set, Lucy Campbell (The Pig Child) returns to Short of the Week with Marina and Adrienne – an unforgettable tale of two fugitive lovers who flee to the ocean to escape their desperate situation. A physical film where you feel every wave that hits the ship and every devastating blow our two young protagonists experience, make sure you put on an extra jumper (you can really feel the cold of the North Sea) and brace yourself for this undeniably impactful short.

A film which pits human strength against the rugged mercy of nature, there’s a rawness to Marina and Adrienne that gets under your skin and makes it a short very hard to forget. Ever since I first saw Campbell’s film sometime ago, there are images (particularly the one of the lovers hugging on the ice after the birth) and feelings I’ve been unable to shake and it’s a short that certainly lives up to multiple viewings (despite knowing how it ends, it always leaves me an emotion wreck at the end).

With such a distinct and unusual narrative at its heart, I spoke to the writer and director to discuss the inspiration for her story:

“I have always been fascinated by women passing themselves off as men to gain more freedom”, Campbell reveals. “The Female Shipwright is a first hand narration by a young woman in the 1700s who escaped a dreary domestic life by dressing as a man and getting work as a ship’s boy. I love this story. She lived life on board ship for seven years before being discovered and having to return to life as a woman.”

“The other detail was from a story I heard about a doctor in rural Africa who attended a woman in the middle of the desert. The woman had walked for days, in labour to find medical help. She couldn’t be saved but the child lived. The doctor, now hundreds of miles from any settlement, couldn’t bring himself to leave the newborn baby with the dead mother, so he strapped the tiny living thing to his chest, under his shirt, and walked until he found a village, where he could leave the baby with a wet nurse.” 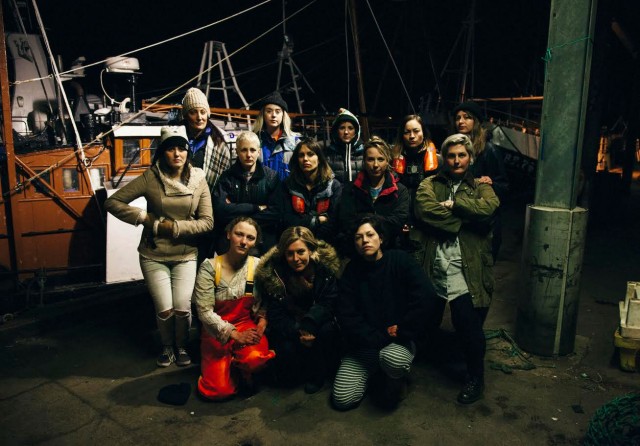 Lucy Campbell and her crew

Whilst the story is undoubtedly one of the reasons Marina and Adrienne is such a compelling watch, there’s no denying the film wouldn’t have delivered the same impact if Campbell and her team hadn’t committed so intently to the production of their piece (you can see a ‘Behind the Scenes’ video on their Vimeo channel). Filmed on a fishing boat off the North East coast of England in freezing February temperatures the (almost) all female crew had to endure storms, sea-sickness and the fear of losing equipment (or even cast/crew) overboard, to achieve the brutal feel their film carries so proudly.

Coming from a family of nautical men (my Uncle fished and died in the same seas in which this film is set) the sea has always held a mysterious power over me and Campbell captures both the alluring draw and unstoppable force of the ocean perfectly in her film – making it feel like a character almost as important as her protagonist pair in the story. In many ways, Campbell’s short not only captures the essence of sea, but replicates the oddly captivating and poetic beauty of the open ocean with its impressive craft and resonating narrative.

Whilst producer Loran Dunn, of Delaval Film, has recently been named one of Screen International’s ‘Stars of Tomorrow 2017’ and has several short films currently touring the festival circuit.

We say this a lot on Short of the Week, but Lucy Campbell and Loran Dunn really are names to keep an eye over the next couple of years and we can’t wait to see what they do next.