Ever tried to quit smoking, but then been unable to resist returning to that toxic (but tempting) relationship again? And again. And again...
READ REVIEW
Next Previous 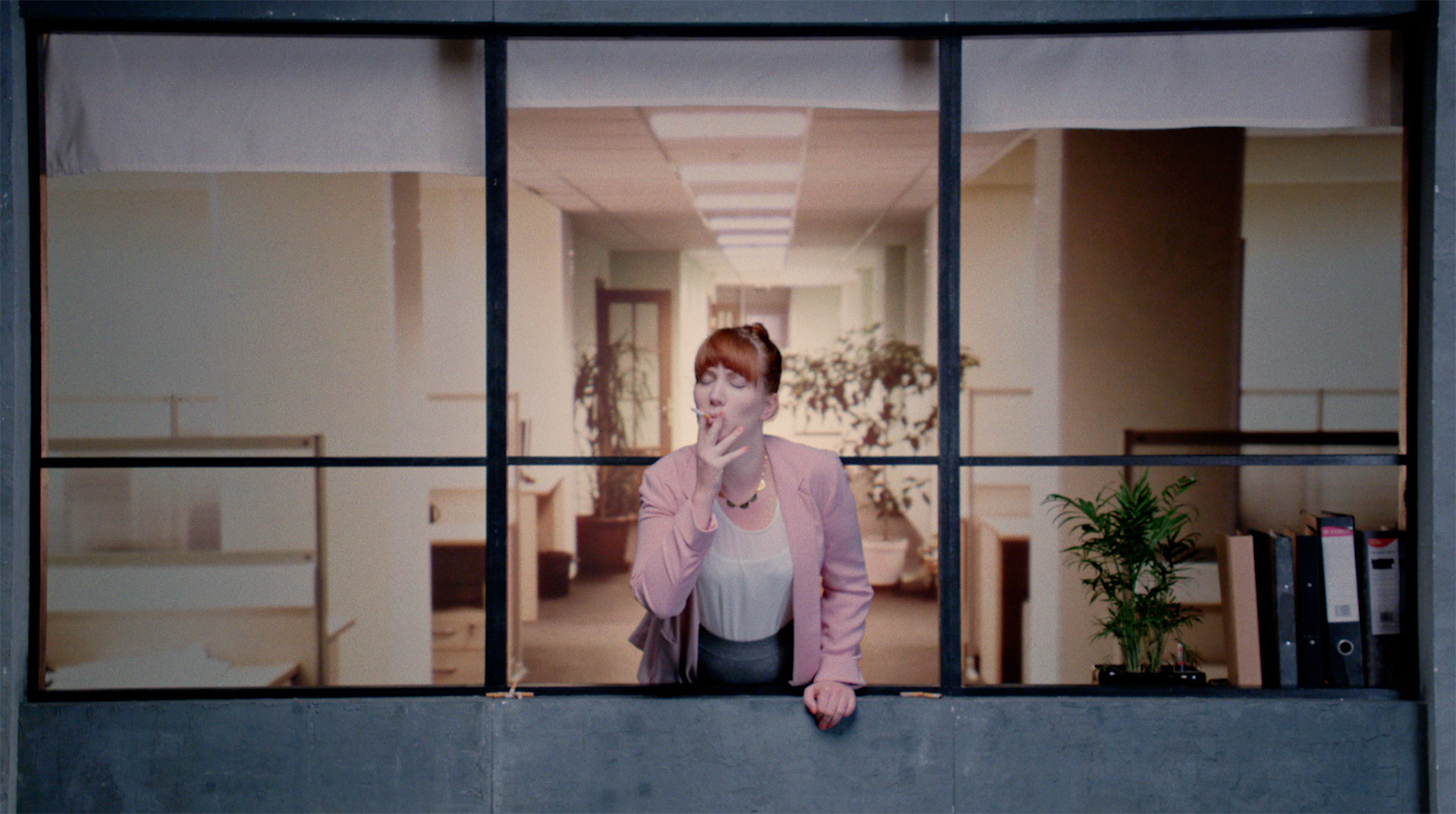 Bad habits are hard to stub out. In The Last Time, Christine Hooper (On Loop) reminisces over her own struggles to quit smoking, using an endearing and fresh approach to storytelling, which will undoubtedly resonate with her audience, be they smokers or not. The director does a brilliant job of sucking you into her vibrant world, riddled with unfiltered rhymes, lush set designs and quirks by the dozen, which will leave you breathless. Smoking, or rather trying to quit smoking, has never looked so cool.

The Last Time follows desperately-trying-to-be-ex-smoker Lucy, as she fights a losing battle to kick her addiction in the butt. Breathing in the delicious smoke of a bystander, she is forced to confront her on-and-off relationship with the dreaded Marlboro Reds. The 4-min short is an offbeat comedy, executed with the style and elegance we have come to expect from Hooper’s films, which never disappoint.

In today’s health obsessed world, smokers are judged rather harshly. “I have been a smoker on and off since I was sixteen. I have a lot of friends who don’t smoke and who I feel don’t understand its allure. This film was initially written for them in an attempt to explain the fascination to what can be seen as a grim habit to a non-smoker”, Hooper explains and as an ex-smoker myself, I can certainly relate.

“The attraction keeps drawing you in, even though you know it’s bad for you”

From my very first drag, trying not to cough my lungs out and thinking I was the epitome of cool, to being so desperate for a cigarette, whilst trying to quit, that I could commit murder. The director brings back long forgotten memories with crisp accuracy, a touch of nostalgia and a sprinkle of humour, never condemning smokers as evil or selfish but rather portraying them as mere human beings with an addiction. As Hooper puts it, “it’s akin to being in an unhealthy relationship, the attraction keeps drawing you in, even though you know it’s bad for you” and that’s something many can relate to.

The​ ​​visual​ ​style​ ​of​ The Last Time is what elevates the film above other shorts of a similar format and theme. ​“​I ​fell​ ​in​ ​love​ ​with​ ​the​ ​distinctive​ ​look​ ​of​ ​rear​ ​projection,​ ​used​ ​in classic​ ​films​ ​such​ ​as​ ​Hitchcock’s North​ ​By​ ​Northwest​ ​to​ ​create​ ​backdrops​ ​before​ ​the​ ​invention​ ​of​ ​green screen.​ ​The​ ​technique​ ​produces​ ​an otherworldly​ ​feel​ ​that​ ​is​ ​​both highly​-stylised​ ​and also ​exudes​ ​a​ ​fanciful​ ​sense​ ​of​ ​romance – something which I felt fitted with the theme.” the director explains. By adopting​ ​​techniques​ ​used​ ​in​ ​early​ ​cinema and in-camera tricks rather than computer effects, Hooper has achieved an alluring aesthetic for her film. Quirky elements like the miniature London bus, add a playful touch, making the film a terrifically witty and intelligent delight.

Hooper is currently developing a couple of television ideas and illustrating a children’s book and we cannot wait to see those!