A distant father is forced to confront a heroic but troubled past life as an 80's TV show mascot.
READ REVIEW
Next Previous 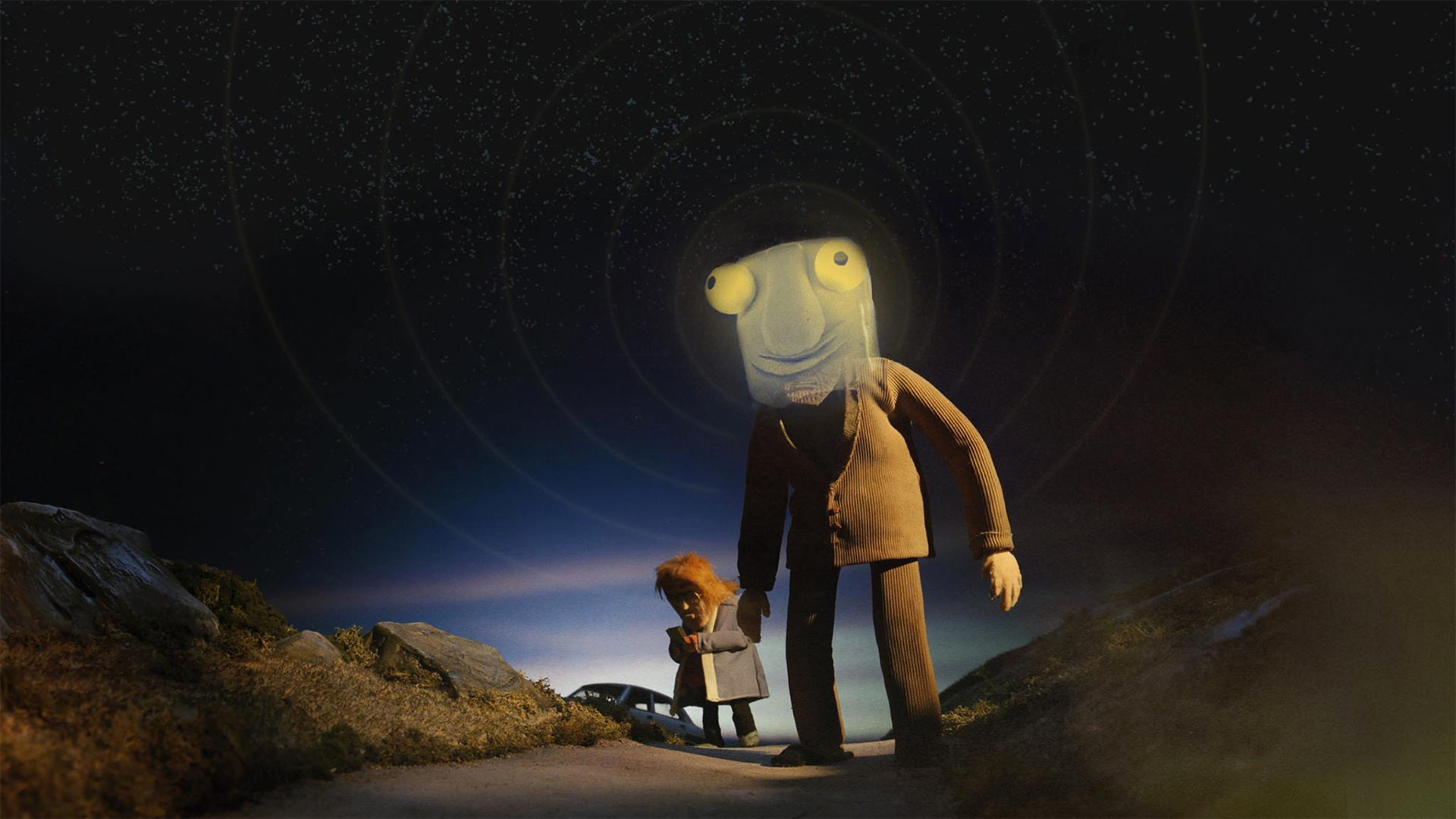 The story of a father trying to shake-off the ghosts of his past, Steve Warne’s NFTS grad film Pombo Loves You is a riotous mix of stylised stop-motion and heady nostalgia that makes for one hell of a head trip. Supporting his emotive narrative with an attention-grabbing aesthetic, Warne’s 12-minute short has entertained audiences at film festivals worldwide before launching online with Vimeo Staff Pick Premiere’s.

We all have the odd skeleton in the closet and though most of ours won’t include a televised accident whilst working as an 80’s TV show mascot, it’s Grif’s (the central character) endeavours to atone for his past that makes Pombo Loves You such an accessible and relatable film. Now a father, all he wants to do is connect with his daughter, but he can’t do that until he comes to terms with what he did all those years ago and it’s this journey of self-forgiveness and acceptance that Warne captures with great tenderness, warmth and style.

Since completing Pombo Loves You, Warne has gone on to work in the animation department of the excellent features My Life as a Courgette and Kubo and the Two Strings and even has an ‘animator’ credit on Wes Anderson’s latest Isle of Dogs. And though it’s great to see Warne carving out his career path on these high profile projects, on the strength of this film, lets hope he returns to the shorter format to make something of his own sometime soon.