Set one evening in present-day Moscow, 16 year-old Pyotr is baited by an ultra-nationalist group known for their violent abductions and attacks bolstered by Russia's LGBT Propaganda Law, but Pyotr has a dangerous secret.
READ REVIEW
Next Previous 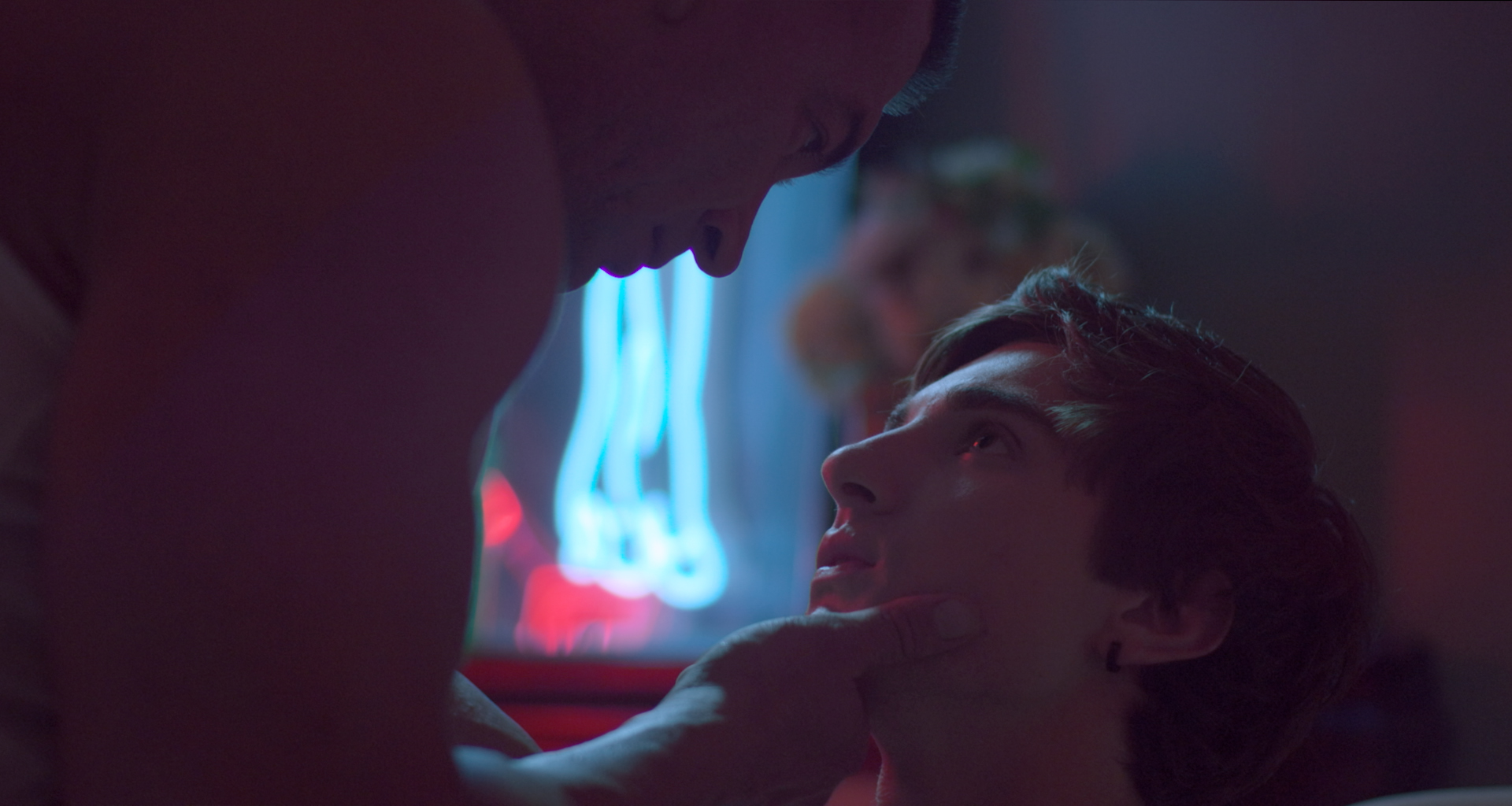 Halloween is fast approaching and watching your favorite scary movies is a necessity. Needless to say, PYOTR495 should make your list. In a season where horror is most coveted, it gives us a chance to really dive into what makes the horror genre so brilliant and it’s not all blood, guts and jump scares. A great horror story is disturbingly rooted in a degree of reality. For filmmaker, Blake Mawson, the horror genre allowed him to tackle a very real terror: homophobia in Russia.

In a blend of fantasy meets reality, PYOTR495 follows a young man in an anti-LGBT, present-day Russia who comes face to face with homophobic predators who have lured him into a trap he can’t escape – or can he? In a twisted game of cat and mouse, you will be left wondering who is predator and who is prey. Mawson’s film indulges in all of the creature elements of horror, so tuck in, this is a monster movie and there will be blood. Lots and lots of blood!

“Make them uncomfortable & have them realize that this is actually not so make-believe in the end, that this type of horror is real”

Fun and games aside, Pyotr’s nightmare is a very real one to many people in the world, sans the supernatural. Mawson was inspired to write the film in January of 2014, after Uganda passed a bill labelled (by the Media) ‘Kill The Gays’ and the Sochi Olympics started amidst a media frenzy.

What ensued thereafter was a far cry from fantasy. Mawson elaborates, “The media was bombarded with images of targeted abductions and attacks against LGBTQ people”. Mawson relayed his terror at the resulting anti-gay purge in Chechnya and the concentration camps for gay men. So Mawson turned to his art and used his voice to both entertain and shed light on the intolerant culture.

In Mawson’s words: “I think if I can use genre film to put an audience in the shoes of the people who are experiencing this type of terror and hatred, make them uncomfortable and have them realize that this is actually not so make-believe in the end, that this type of horror is real – then we can begin to open people’s eyes and reach an audience in new and unexpected ways.”

Don’t worry too much guys – the true heroes ride off into the night together.

PYOTR495 screened at Fantasia and BIFF to name a few. Mawson is currently co-writing and in plans to direct a sci-fi/horror episodic TV drama series titled Gurners with Scott Treleaven (writer of the Sundance-winning Bugcrush).