Two transient young men break into an empty church by the sea to form a blood pact: to get rid of their childhood demons and escape the cycle of anxiety and authorities. “It’s not goth to be afraid of darkness”, they agree.
READ REVIEW
Next Previous 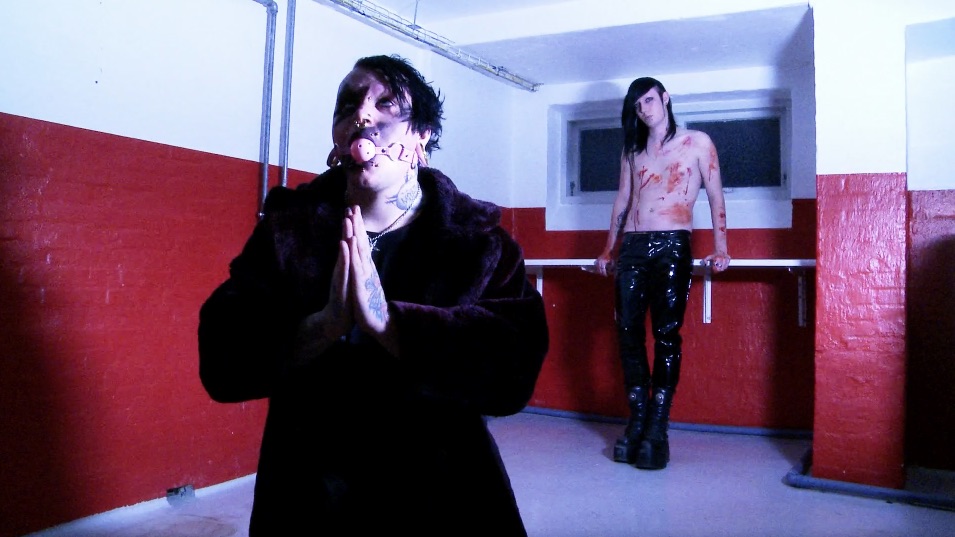 It is a special rush to find a documentary that is so on point that its inherent nature as a documentary is called into question. Übermensch is such a film, a short so funny, yet ultimately heartwarming, you question its director Jesper Dalgaard’s honesty—surely this is scripted? Yet this 22min buddy comedy about two Satanists in the Danish band Screaming Naked, striving to be their best Satanist selves, kept winning prizes at documentary film festivals around the world before landing online last week.

While Dalgaard does take a writing credit on the film, this isn’t that unusual in documentary any more. Still, from the opening moments of the film you will be continually curious about the backstory of the production, as Dalgaard captures moments of absurdity between two blood brothers that are hilariously over the top in their goth tropes, yet are contrasted by the duo’s decidedly un-goth insecurities, neuroses, and sentimentality.

The opening scene is emblematic of the entire film. Tucked away in an abandoned church the pair of Damien Twide & Kiti Andersen are busy writing a manifesto for their band, and seek to seal the pact with blood. But, drawing blood with their tiny knife proves to be a wee bit difficult, as one of the men continually scratches at himself with the lightest of pressure, failing over and over to make the cut. This is the joke of the film, repeated with tiny variations, that these tattooed and pierced young men, obsessed with death and the dark arts, are in fact art-school pussies. But, the neatest trick of the film, and a testament to the genuine charisma of Damien and Kiti, is that this fact does not turn them into figures of mockery, but rather makes them more endearing.

Over and over the duo embark on cliched antics only to undercut them with unfailingly honest and relatable admissions. They lug a coffin across town, only to have a hard time getting it through the doorway of their small apartment. They talk about tearing apart a small mammal, even as they lovingly pet it and coo about how cute it is. Their naive earnestness is not unusual—at its core the story arc is a familiar one about two ambitious artists preparing for the debut of their work, but the invocations of Satan and a severed pig’s head are.

One wonders about the reaction of Kiti and Damien to the film. The humanist portrayal must be at odds with their self-image, or at least the image they are trying to cultivate. While I feel that Dalgaard does a good job crafting a film that is laughing with them not at them, the central comedic tension of the documentary is to a large degree at their expense. Hopefully they do take pride in it however. A scene late in the film shows the pair scared to jump into a freezing lake, but they do it. They may look ridiculous, but they are pushing forward on their path to making their art and exposing themselves to the world in the process. In the end, that makes them braver than most of us.