A romantic comedy about a couple finding truth, courage and love where they least expected it, underneath their dinner table.
READ REVIEW
Next Previous 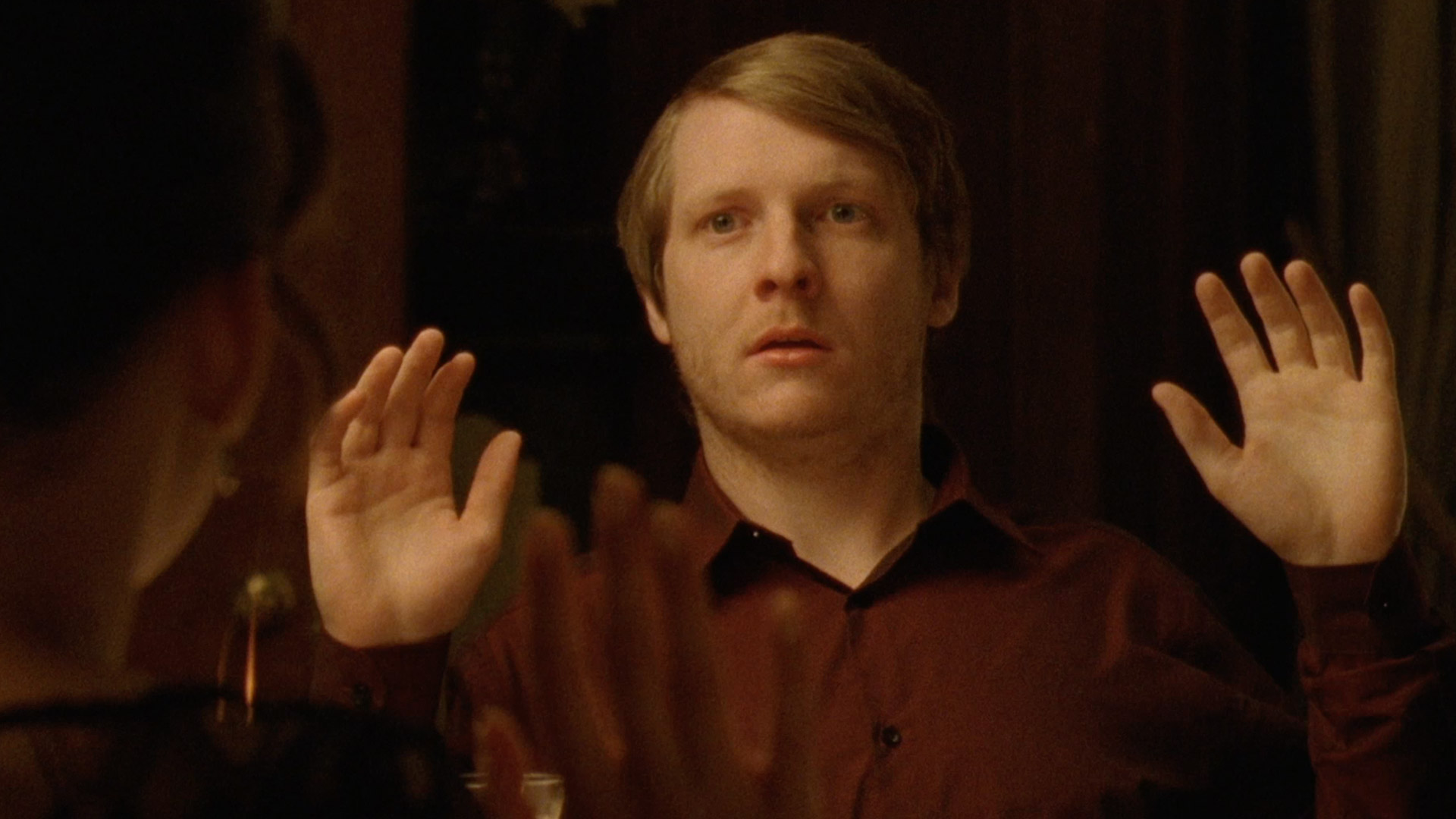 A clever little two-hander, Ian Robertson’s The Proposal details how a relationship is tested in the strangest of situations—a restaurant robbery. It’s a high concept premise that feels almost hackey in its set-up: a proposal goes awry, when the “hidden ring” is snatched by a faceless robber. But, Robertson’s execution is the opposite of kitsch. He makes the bold stylistic choice to never really show the actual stick-up. After all, that’s all background noise for the “real” drama: the relationship that is being tested center screen.

As Robertson jokingly relates to Short of the Week: “The film was inspired by my fear of commitment, fear of grand romantic gestures and fear of puddings – I’m more of a savoury man myself.”

The Proposal works because while the actual situation is over-the-top, the character conversation between these two people isn’t. There’s real heart in the dialogue: each person coming to terms with the “next step” of their relationship and what that truly means. Of course, the serious conversation is peppered with terrific comedic moments, which largely come from the unseen robbery. The sound design is what really sells it—it works better because you don’t actually see much. Robertson also mines several other comic details, from language barrier jokes to the subtle symbolism of the central dessert—creme caramel—as an overly saccharine expression of romance.

Shot while Robertson was at the National Film & Television School in England, The Proposal was filmed over the course of four days in a former nunnery in Oxfordshire, UK. It was filmed on 16mm (real film!) with a crew of roughly 30 people.

Now that he’s graduated film school, Robertson is hard at work developing a couple of features while also working in the music video and commercial world. His latest short film, Comeback Kid, a reincarnation-revenge-sex-thriller-comedy, is premiering at the BFI London Film Festival this year