A young woman juggles between the mundane and the extraordinary in an attempt to leave her NYC apartment.
READ REVIEW
Next Previous 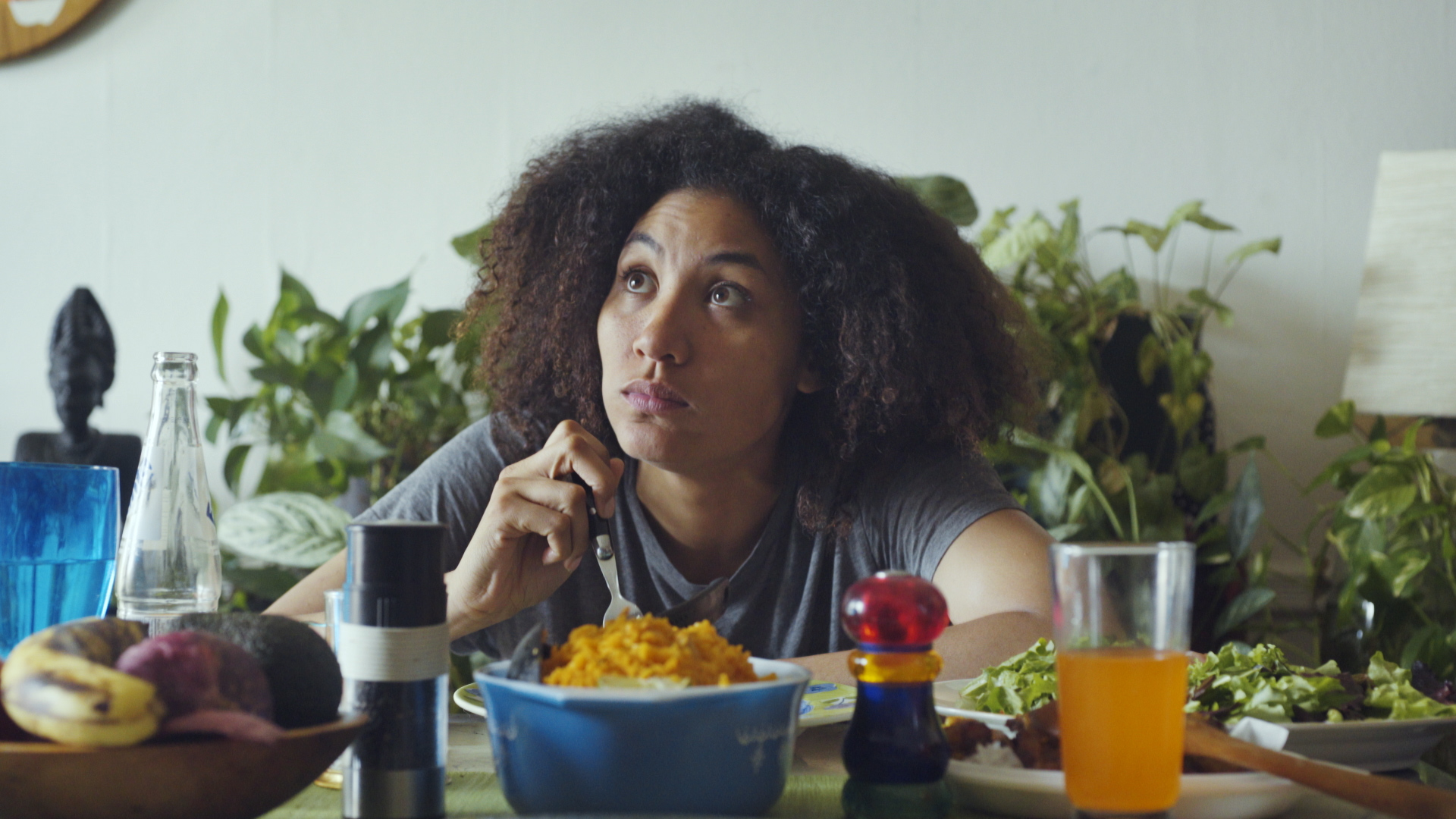 Raw. Uncomfortable. Unique. Surreal. There’s a lot of adjectives that you could throw at writer/director Naima Ramos-Chapman’s And Nothing Happened, but none of them really do it any justice. This is a difficult film to describe…it’s even harder to explain why it works. The narrative itself seems simple, but its construction is anything but. Over 16 unique minutes, we are given the texture of living in the aftermath of sexual assault—from depression to boredom to fear to even sexual urges. It’s a messy film because, well, the situation Ramos-Chapman is exploring is messy. It’s the kind of filmmaking that deserves to be championed, showcasing how an artist can take a personal traumatic event and turn it into a universal visual and cinematic experience. It’s a powerful film, but unlike so many dramas dealing with rape, it’s never overwrought or melodramatic.

And Nothing Happened feels so real because it is real. Ramos-Chapman courageously translates her own traumatic experience into a powerful “docu-narrative,” writing, directing, and starring in a film that tells her personal story.

As she writes in the film’s directorial statement: “And Nothing Happened is an examination of how rape affected my life and those immediately around me without centering or creating around the brutality of the act itself.”

Not focusing on the barbarity of the assault allows the viewer, instead, to focus on the character herself. This is a film about consequences, and how a single event can have crippling all-encompassing impacts down the line. It may sound like an odd sentiment, but And Nothing Happened feels practically whimsical. To be clear, I don’t mean that in the traditional interpretation of that word. I have no illusions about how disturbing and disgusting rape is. But, Ramos-Chapman doesn’t approach the terrible topic with a “DRAMA WITH A CAPITAL D” sensibility. Yes, it’s about rape. It’s confronting a horrible, disturbing thing…but its fantastical, magical realist elements provide empathy and an accessibility into the protagonist’s mindset that is rarely seen in film. Normally, I hate magical realism…it’s often something I cast aside as a way to “cheat” without telling a “real” or structurally satisfying story. Nothing could be further from the truth here. Ramos-Chapman is capturing how surreal and random human emotions can be, especially when dealing with PTSD from a horrid incident.

As Ramos-Chapman relates to Short of the Week:

“And Nothing Happened is an autobiographical account but it’s also a search for answers in how to articulate the emotional costs in the aftermath of rape. I hope the film understand how sexualized violence infects and interacts with all facets of our society from the bureaucracies and institutions that are designed to facilitate repair to the very mundane interactions we have with our families and ourselves in spaces deemed “safe.” I hope this film will offers healing and other ways to talk about how we can.”

It’s a film without resolution because life—this situation in particular—doesn’t have resolution. For this character, the constant specter of fear will always be around her. And, as depicted in the final shot, it’s literally over her shoulder. This weight…this fear is so subtly crafted that And Nothing Happened will stick with you long after its brief runtime is up.

Ramos-Chapman is leaning into her surreal sensibilities once again for her second short film, which is about a routine trip to the city that turns into a nightmare when a restless young woman tries to escape the confines of romance in order to find her super power. She’s hoping to start crowdsourcing for the film’s production costs this month. Follow her on twitter to figure out how you can help support her!