A standout of SXSW's famous midnight shorts program, a vulgar WTF satire of tech bro culture, brand competitions, and reproductive rights restrictions. A branding intern gets f***** up the a**, gets pregnant, and loses all his male privilege
READ REVIEW
Next Previous 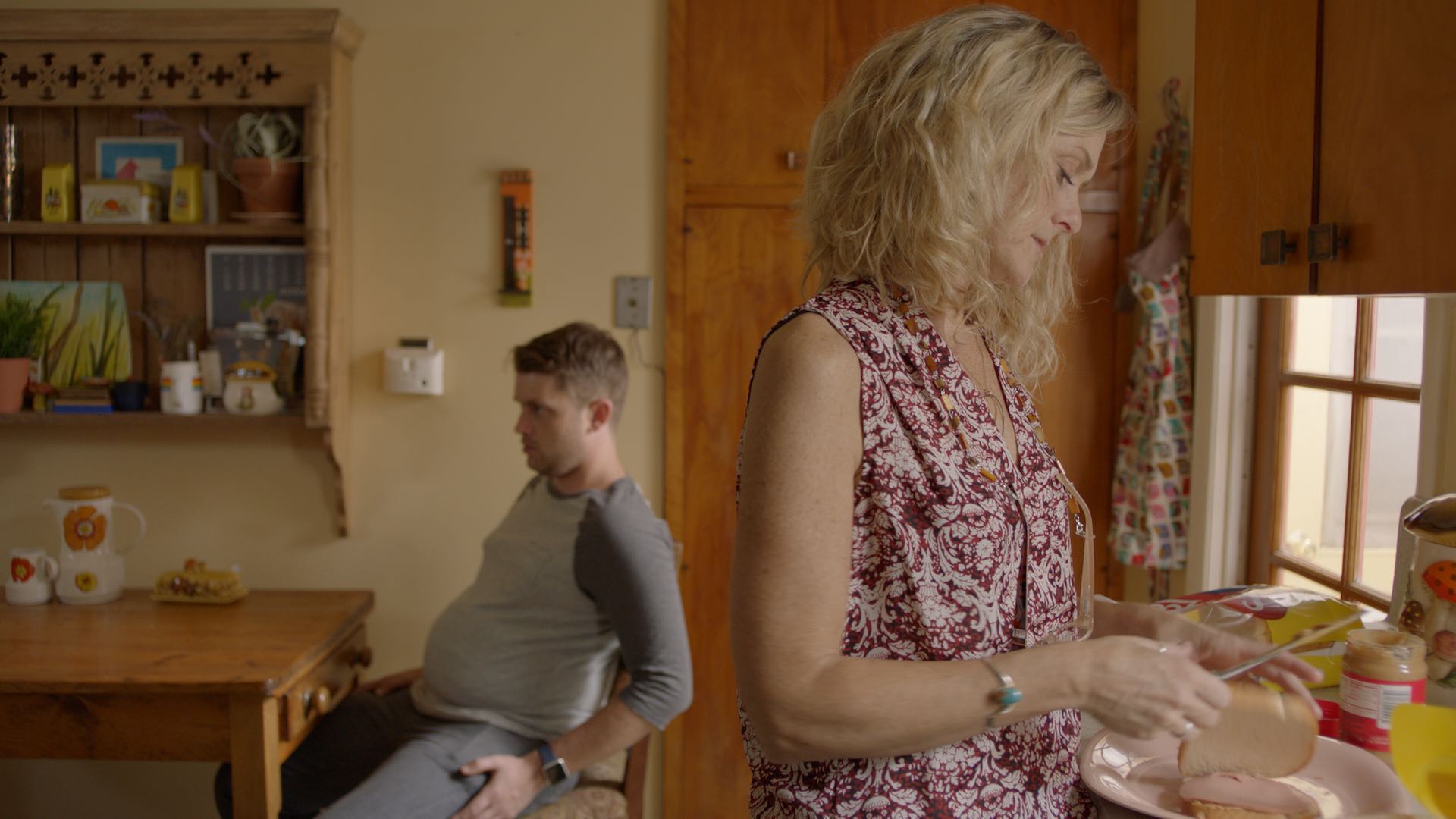 Gillian Wallace Horvat calls Whiskey Fist, her vulgar and hilarious short premiering online today, “magical realism”. While I’m not completely confident in my understanding of the literary genre, I will definitely agree with the “magic” part. In a world of self-serious issue shorts, she has, through mysterious alchemy, been able to transmute a midnight-madness style premise into a surprisingly sensitive satire that probes gender politics, family relationships and brand ethics. A bluntly straightforward film narratively, it contains multitudes thematically, and it’s worth pulling at the parts.

Set in the world of “branding”, our young protagonist, Justin (Chase Williamson), is an intern. Currently working with an app that matches men with potential love-interests based on a woman’s level of depression and comfort-eating, Justin is in danger of assimilating the misogyny of his corporate environment on the path to becoming a full-blown douchebag. But one night a mysterious blonde impregnates him with a bottle of high-end whiskey, and the veil of asshole-dom is lifted as Justin learns empathy.

The backdrop of Whiskey Fist is the attrition of women’s reproductive rights in the US. Around the country state legislators are using local law to chip away at access to care, and in addition to obtrusive requirements of women, these measures have caused the closure of health centers all over the country; for many the closest women’s clinic is in another state, or more than 400 miles away. This is a topic in many films we’ve seen recently including this year’s Sundance jury-winner Lucia, Before and After, but Horvat’s film is unique for us in tackling the issue from a broad comedy approach. In communicating her thinking to us she writes, “We can cry at the inability of women to control the fate of their own bodies… but let’s not forget to laugh too!” 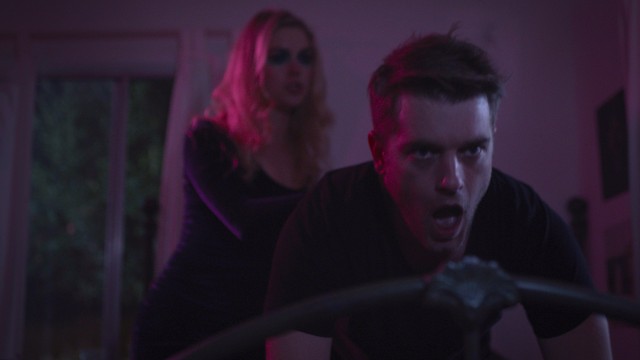 The other main draw of the film is its over-the-top skewering of brand involvement in creativity, and specifically a smack-down of a well known short film contest hosted annually by a high-profile whiskey brand. While specific reference is bleeped from the short, if you’re familiar with the space (or religiously read this website) you can piece together what Horvat is referring to.

Provided the prompt “Your story should be around the great and/or unexpected things that can happen when you fear less and invite life in”, the contest looked promising to Horvat until she read the fine print, which included extensive content restrictions, brand ownership of the idea in perpetuity, and a fabulous compensation package of precisely $0. Horvat writes, “I was so impressed with the generous terms the company offered to hungry independents looking to break in, I felt I had to make this film to show my appreciation. That is why my protagonist is a branding intern who gets fucked in the ass with a whiskey bottle.”

This out-in-the-open symbolism is representative of the entire film. The sophistication of the thematic interplay on a macro level is paired with a blunt approach to its depiction. Your mileage may vary at this—when Justin is heckled at an abortion clinic and told “you’re going to hell!”, he replies “People are treating me like a woman! I’m already in hell!”. This feels a little too on the nose, but I think it’s a necessary trade off for a film that’s juggling a lot of ideas. The refreshingly straightforward nature of the film’s messaging in fact empowers the fantasy aspect of the film, and allows its polemical nature to shine through without being disguised in any way as an insightful character-piece. Indeed, Justin’s bonding with his mother over his pregnancy is its most movingly genuine aspect, yet simultaneously the film’s weakest part.

Following on the heels of Kiss Kiss Fingerbang, a film starring Kate Lyn Sheil and the late Anton Yelchin which won the midnight shorts award at SXSW, Whiskey Fist is further proof that Horvat is a master of raunchy feminist comedy. She uses shock tactics and high concepts to communicate insightful ideas around gender relations. While we’re a fan of her shorts, we’re excited to see if her unique voice can translate to other formats. She is currently developing her first feature project, and it is near the top of our list of anticipated debuts.