Richard Atkins was at the beginning of a promising musical career — until a single disastrous performance changed the course of his life.
READ REVIEW
Next Previous 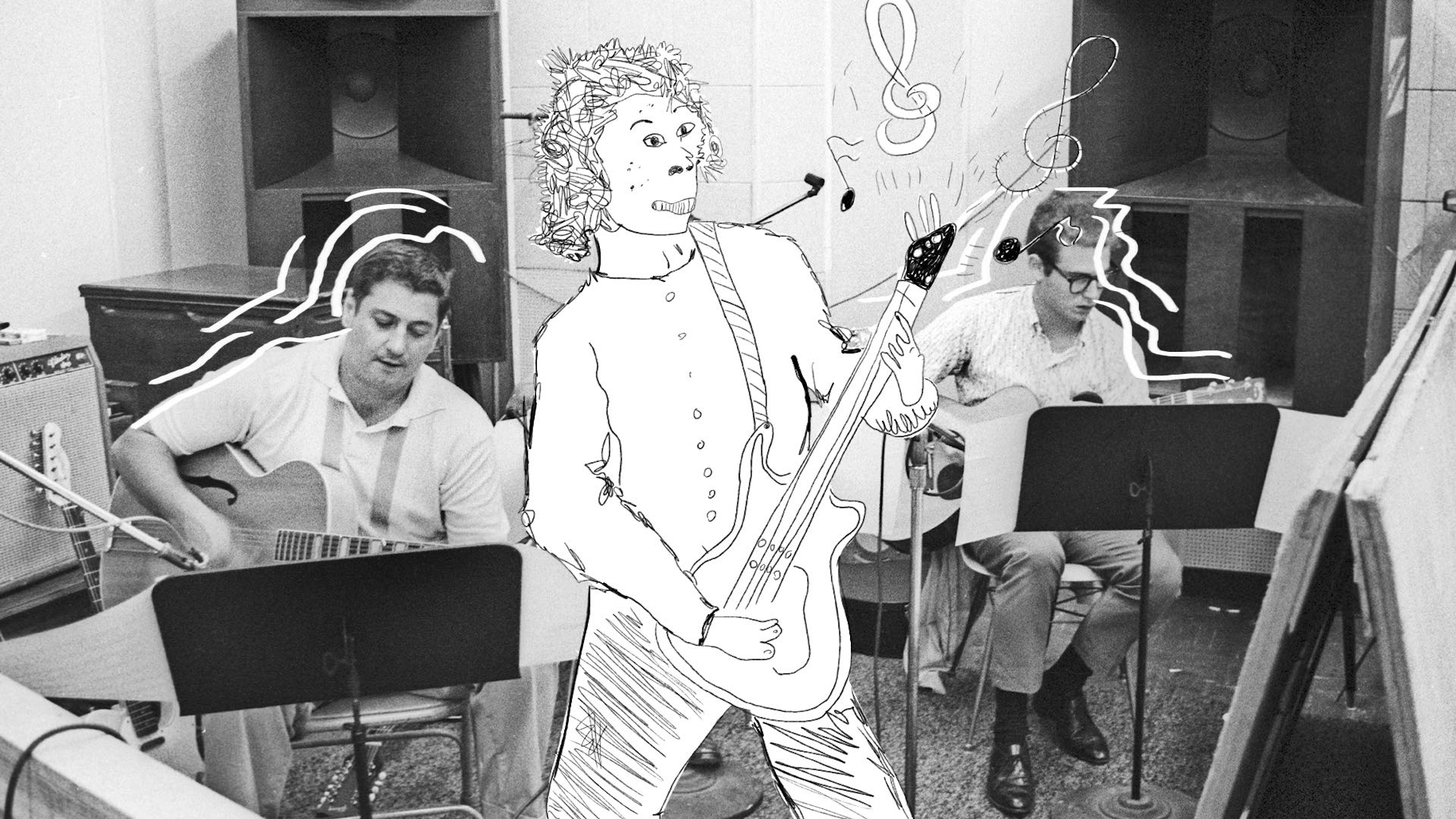 I am obsessed with stories about “coulda-beens”— fiercely bright talents that were poised for greatness, but fell short along the way. They could have been great, SHOULD have been great, but fate or personal troubles intervened. The legend that grows around bar-room speculation is more fun than debating actual achievements—Bo Jackson is my favorite athlete, and James Dean persists as an icon to this day.

Brooklyn-based documentary filmmaker Matthew Salton has unearthed a great example of this type of story and has presented it to us in this 10 minute animated documentary, Richard Twice. The film recounts the rise, fall and ultimate second coming of the talented psychedelic folk musician Richard Atkins. In 1968, Atkins was building toward success he was certain would approach that of the Byrds or Simon & Garfunkel. He’d won a contract with Mercury Records, and recorded with the Wrecking Crew, a group of Los Angeles session musicians famous for their work with the Beach Boys.

But stage fright triggered a disastrous make-or-break performance in a small Hollywood nightclub, and everything abruptly fell apart. Atkins gave up music in the prime, and for 50 years he refused even to listen to a radio, so painful were his memories of a career he was convinced could have been. His story became a narrative of failure, but without a happy ending — until now?

The most important thing profile pieces like this can do is convince its audience of the counterfactual—that their subject really, truly, could have been big. Unlike the names I referenced in the intro, Richard Atkins never reached stardom, but that doesn’t mean the documentary doesn’t have fantastic anecdotes of his latent greatness. While his one and only record is a bit obscure, it has persisted as a cult favorite. Acid Archives, the bible of psychedelic music, describes the album as “a virtually perfect pop album, the kind of thing that would have ruled the charts if the wind had been blowing the right way that month.” Salton weaves a mythology around Atkins that satisfies the central requirement of the genre.

But, pleasingly enough Salton, his crew, and Atkins himself, provide so much extra. Atkins is a wonderful subject on tape. He isn’t a bombastic personality, but is a good storyteller, and through the film’s journey into his personal history, the film overcomes the most common pitfalls of profiles docs, by actually having a genuine narrative arc of rise, fall, and now, 50 years later, potential redemption.

The storytelling of the film is so enjoyable, that the visual presentation is really just icing on the cake. I’m a long-time fan of animated documentaries as they are perfect for films that are largely based in the past. In this case Salton and a team of 5 animators not only have fun with freedom that animation provides, they support the the film’s historical setting by approximating the psychedelic stylings of the era. The minimalist black and white line drawings are a bit rough, and if judged strictly next to other animated short films I might find them lacking, but the freedom and sense of play in the imagery overcomes its technical deficiencies, and as a supplement to primary appeal of the film which is its story, they are quite enjoyable.

Salton received attention for his 2015 feature film Dwarves Kingdom, a documentary about a Chinese theme park that employs 100 little people to perform inside a fairy tale village, and this is his film followup. It is the first time he’s done an animated film, and its success (the film played Slamdance, Sheffield Doc Fest, and was selected as an NyTimes Op/Doc) has encouraged him to continue to explore animated docs. His next project is another short, about the first female pot smugger in the USA.