A boy's love of action movies becomes his only outlet after facing a far more difficult battle in reality.
READ REVIEW
Next Previous 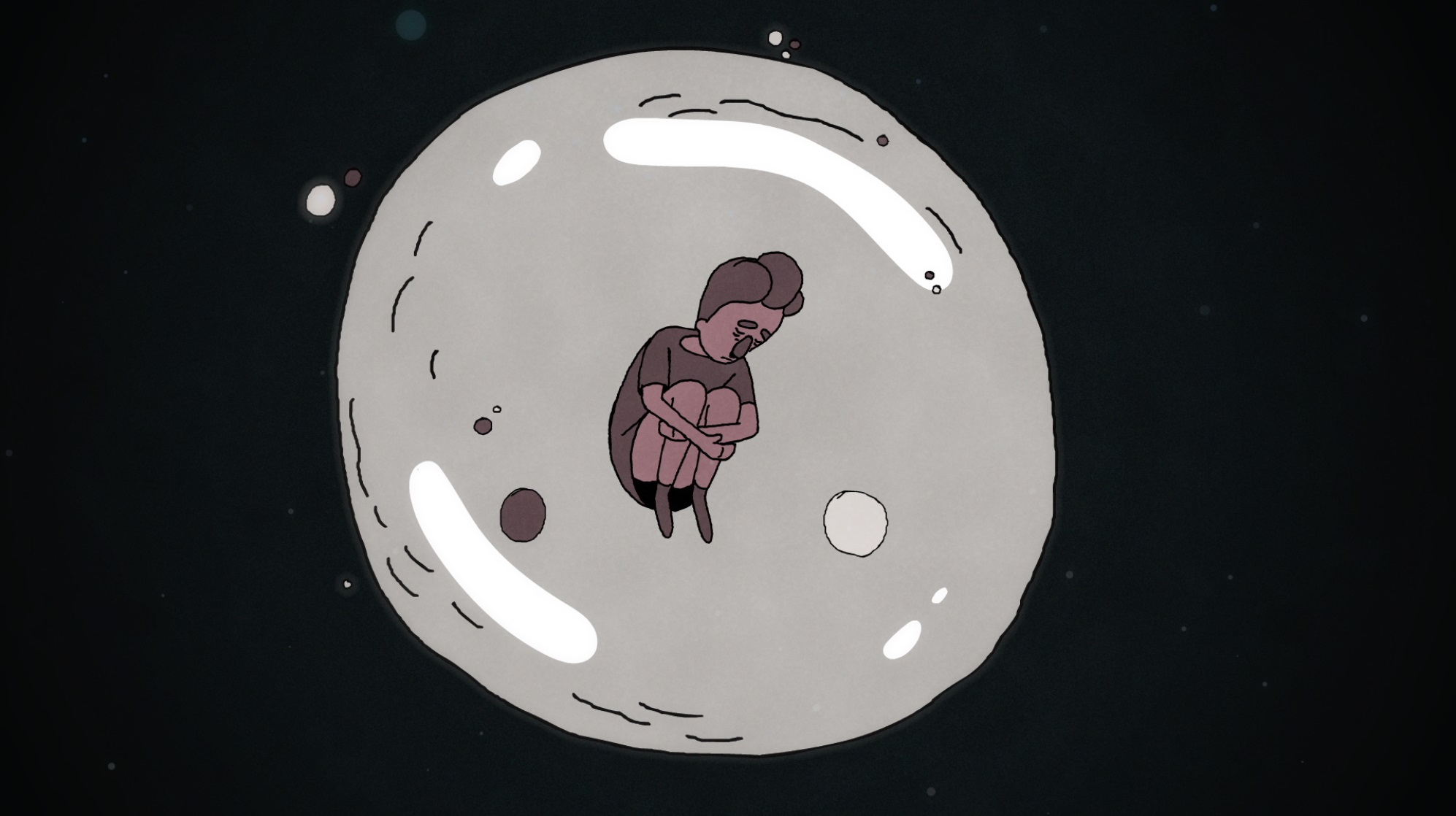 Cancer is a bitch. We all know that, whether we have been affected by it or not. With a subject matter dissected onscreen to within an inch of its malignant life, it’s difficult to contribute something original or affecting. Yet Matthew Incontri’s 10min animation, Motion Pictures, offers a deeply moving and personal perspective on dealing with the potentially terminal disease. Inspired by Incontri’s own struggles with cancer, the animation’s takeaway is neither groundbreaking nor surprising, but it’s delivered with emotional intensity felt long after the final credits fade out.

Motion Pictures is the story of a young boy with cancer. As his condition worsens, his ability to cope with the physical and mental pain weakens and he has to find a way to survive. As it often happens in real life, strength comes from an unexpected place, hidden in plain sight. Dialogue-free, the 2D animation has a simplistic quality, resembling the drawings of a young artist, a style perfectly suited to the subject matter. Incontri, who’s had to deal with the horrific illness and its effect on him and his loved ones has a very personal connection with the short.

The ambitious animation started out as Incontri’s degree project but proved too large in scale to complete in just one year. Persevering after graduation, Motion Pictures was finally finished two years later, and the labor was worthwhile—the piece does an excellent job of helping viewers understand some of the difficulties that come with living with a serious illness, without resorting to cliches or sentimentality. Seeing it through the eyes and the imagination of a boy makes the narrative all the more powerful. When his struggles take the physical shape of a bubble which gets so large and overbearing that it engulfs him, those struggles solidify and become real for the audience.

‘I wanted to shine a positive light on the harsh and brutal experiences we go through in life. We can take our losing struggles and use them as fuel to create and build something bigger than ourselves and to inspire others’ – Incontri explains. Opting for a positive approach may not be a popular choice in the genre but in this case it’s what makes Motion Pictures such an inspiring short. In the most literal case of life imitating art, Incontri wanted to make an animation to help him deal with his difficult situation, just like his hero makes a film with his best friends, and for both the decision to create something with love and passion, ultimately became their best weapon in the fight against the life threatening disease. We look forward to seeing more from Incontri and will keep you posted on his next ventures!